As you know, we love our football games here at the Footy-Boots.com office, but as football boots-fanatics it can be a little annoying when we see our favourite players in outdated kit and cleats. 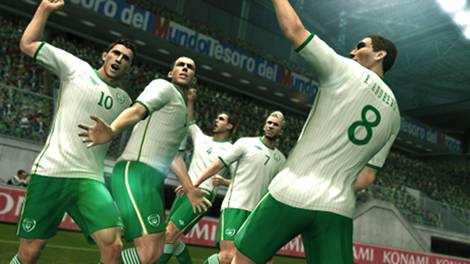 Kudos to Konami then, who are releasing their second round of DLC (Downloadable Content) for their hugely popular 2011 incarnation of the Pro Evolution Soccer franchise since it’s launch in October.

The boots included in this update are:

As well as these cleats, the Republic of Ireland will also be getting their updated away kit courtesy of Umbro.

Personally, we think it’s awesome to see brands like Mizuno and Umbro are getting their latest products in on games like this – they’re a great way to showcase your best football boots and kits, and increase immersion and realism for the player. Here’s hoping Konami keep supporting the game through it’s life-cycle with the latest football gear