As one of the world’s elite clubs, the first-teamers at Barcelona are at the top of the list for prototypes of almost all the big new boot releases – but things have been going black-out crazy at the Barca training ground this past week!

Since the start of the new Champions League season, several of Barcelona’s stars have been clocked wearing something unidentifiable in warm-up sessions and – as always – we’re keen to get your thoughts on what’s on offer. 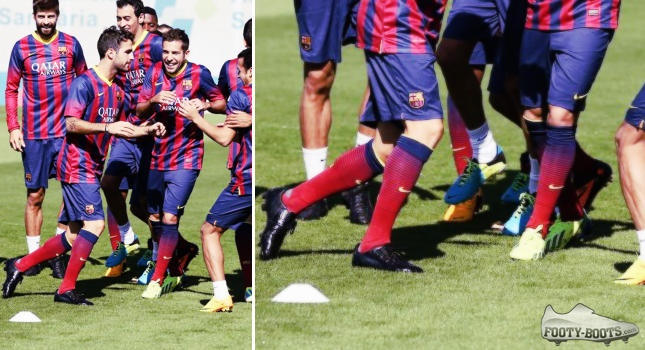 As a leading Puma man, Cesc Fabregas was given the honour of debuting the new Orange Powercat 1 colourway in the Champions League last week.

However, in the days around the match, the Spanish international was wearing a blacked-out pair of cleats, likely the new generation of Puma ‘Power’ boots.

Expected to bring the Power silo in line with the evoSPEED’s naming conventions, the high-sheen finish on these boots suggest Puma are readying a synthetic upper for their next big release. 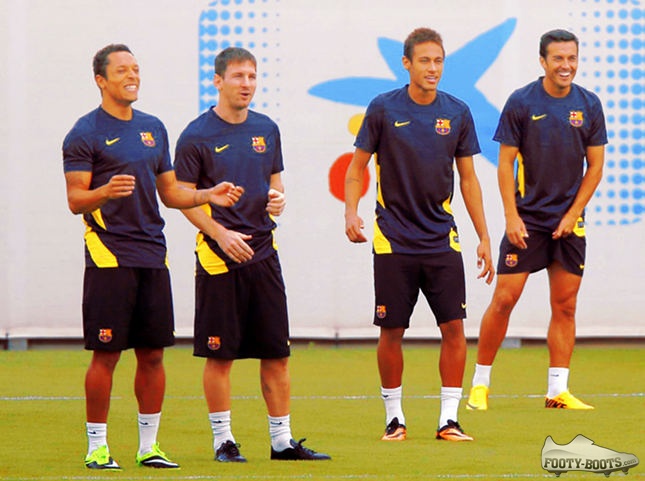 We’ve already seen them on the feet of Karim Benzema elsewhere in Spain, and it looks like the latest adidas F50 adiZero are being given the final pre-takeoff check by lead face Leo Messi.

After just under four years of relative consistency in the design, we’re expecting some wholesale changes for the 2014 adiZero. 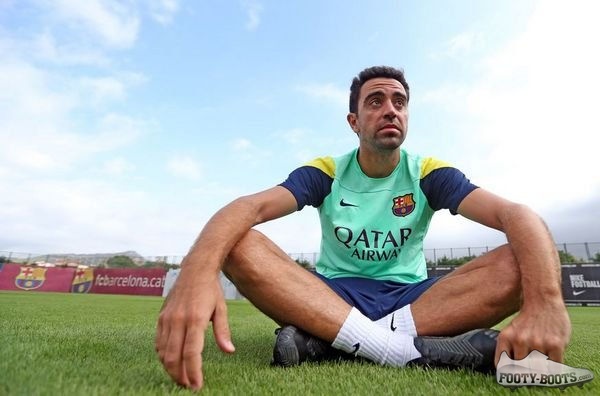 However, in this up-close image, we get our best look yet at what will likely be the 2014 Predator.

With side offset lacing and exciting usage of what looks like Hybridtouch and SL rubber, adidas look like they’re taking plenty of queues from the Lethal Zones models, but adding in a far more angular, aggressive style to the boot. 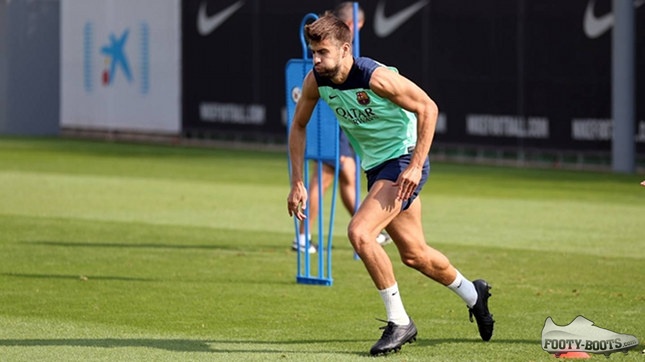 And just because everybody needs a bit of Nike in their lives, we thought we’d round out the top three brands activities in the Barcelona camp with Gerard Pique in what is widely-believed to be the Tiempo Legend V.

With a matte finish it seems that Nike are sticking with a combination of premium leather and Hybridtouch for the upper, though it will be interesting to see what type of natural leather is used with so many good things being said about the goat leather on the Nike Premier.

Throw in a new look, complete with quilted forefoot stitching across the entire toe area and this is certainly a release to look forward to.

Which are you most looking forward to getting your mitts on?