Champions League training always throws up at least a couple of interesting boot-spots whenever it rolls around, and Arsenal’s warm-up for their clash with Bayern Munich as a couple of their players made some interesting choices in footwear. 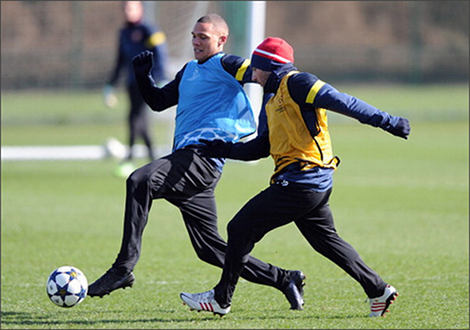 It was the young Gunners turning heads in yesterday’s training session, as Kieran Gibbs stepped out at London Colney in a black-out pair of football boots.

Despite his years, Gibbs has been a long-time Nike wearer, opting for the Nike CTR360 before switching to the Tiempo Legend IV this season.

However, we can say with almost comprehensive' certainty' that these football boots aren’t anything Nike have on the market.

Rumours have quickly sprung up that 23 year old Gibbs might well be one of the first players to test what could become the Tiempo Legend V, but it could be equally likely that his time with Nike is coming to an end.

If we had to speculate, we’d say the side-offset lacing system, narrow firm-ground studs and textured upper are more in line with the current model of Predator LZ – hinting that adidas could be attempting to swoop in for the England international. 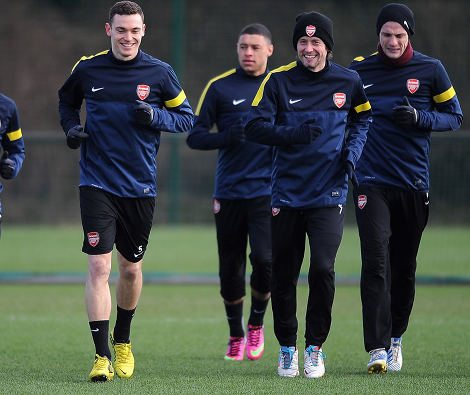 Gibbs’ England compatriot Alex Oxlade-Chamberlain was also spotted making a switch during training – but this time staying with Nike.

The exciting young prospect has worn Nike CTR360‘s since arriving at the Emirates, but took to training yesterday in a pair of Fireberry Mercurial Vapor IX.

Given his low-profile and lightning pace, ‘The Ox’ definitely has all the attributes we’d associate with the Vapor – and we’d expect Nike would be happy with him wearing either of their CTR or Vapor ranges, thanks to his versatility.