New Balance officially revealed the special edition LOSCshirt that has been launched in celebration of the club’s 75th anniversary and as part of the“Face Anything Fear Nothing” campaign for the 2019/20season, which mark its unique identity.

A white shirt by a red chevron patch on the chest with a V shape. Authentic material with only one detail – the first coat of arms of LOSC, the Fleur de Lys, a symbol of the identity of a whole city. 75 years ago, the first lines of the legend of LOSC were written in this immaculate costume that was soon to be marked by sporting achievements. 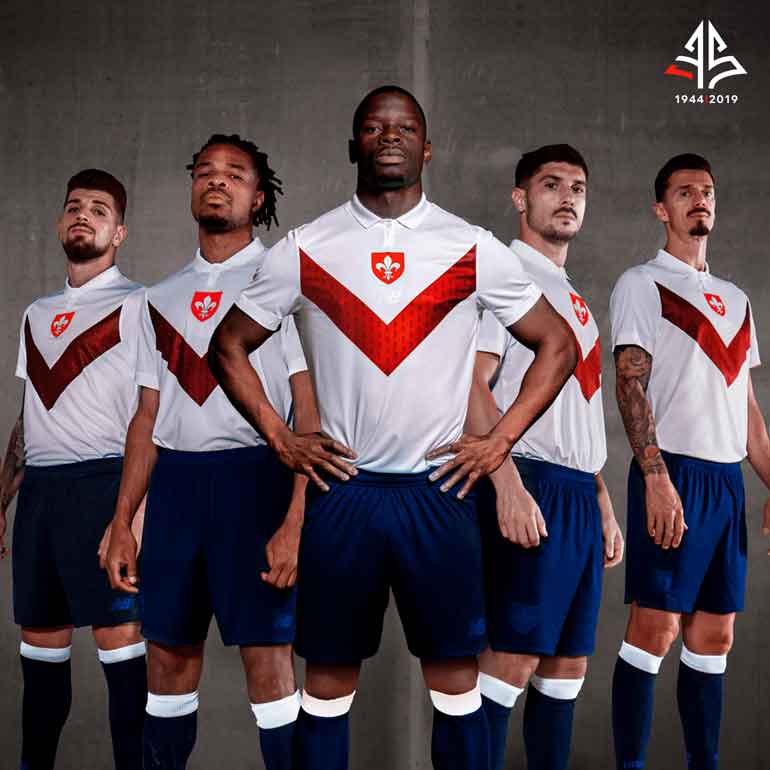 Designed by New Balance with a modern and vintage design, with technical and comfortable material, this iconic outfit takes the identity and values ​​of Lille.

To get as close as possible to the sleek spirit of the shirt that dressed this post-war LOSC, the club was also able to count on the very good collaboration of its partners who agreed to fade from this outfit the time of an evening in order to show respect for the heritage and reinforce its singular and faithful history. And because a birthday never comes alone, Boulanger, LOSC’s main partner, who turns 65 this year, joins the festivities by displaying his first logo, also historic, on the sleeve. An elegant way to celebrate the marriage of two large regional institutions. 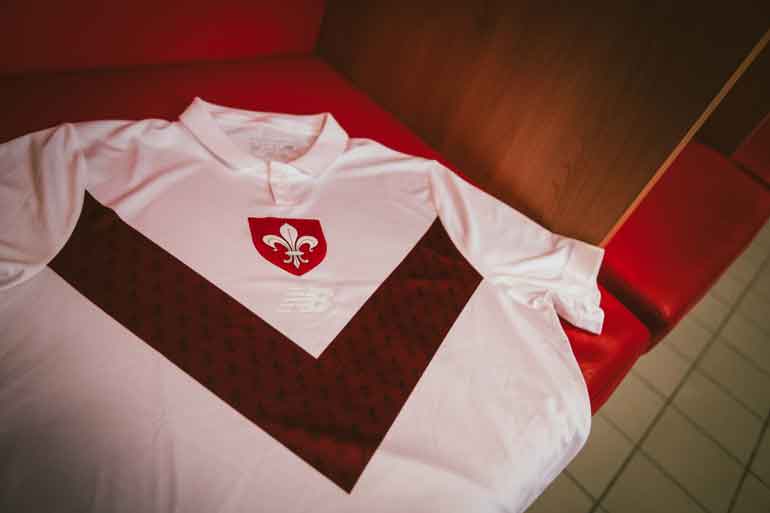 A limited number will be made available, each embossed with the Lille emblem high-Risk Red, under which the club has won three league titles and six Coupe de France titles.

A true collector’s item for Lille supporters, this special 75-year-old shirt was produced only in 1944 (a nod to the year of LOSC creation), all numbered. A very limited series, only available at the LOSC Stade Pierre Mauroy store from Friday, on November 29th.

Les Dogues will debut the shirt at Stade Pierre Mauroywhen, taking to the field against Dijon FCO in Ligue 1 on Saturday 30th November.

General Manager of New Balance Football, Kenny McCallum said: “The 75th-anniversary shirt is a fitting tribute toa hugely important milestone for LOSC. The Club has an incredible story to tell and is looking to add to that history. We really wanted to create a design that celebrates their identity and this shirt does exactly that”.