After a few weeks of intense speculation, New Balance finally allowed a greater look at their plans for the football boot market in 2015 over the international break.

Several stars took to the training pitch – and even the competitive arena – in prototype football boots baring the distinctive ‘N’ branding of the brand, cementing the brand’s plans to enter the fray at the start of next year. 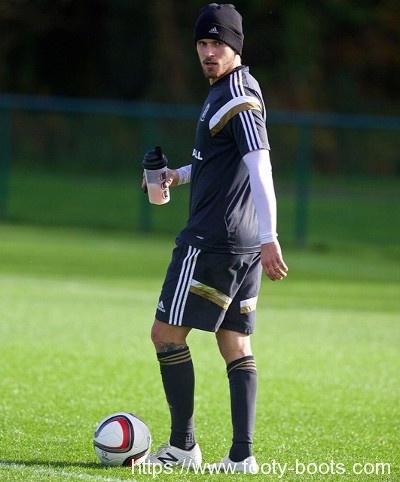 Early rumours were circulating over the summer that Warrior would be rebranded in the image of it’s parent company, New Balance, by the start of the 2015-16 season.

However doubt was cast as to whether New Balance and Warrior would co-exist in the space for a while as potential targets such as Aaron Ramsey, Adnan Januzaj and Samir Nasri all went into unbranded football boots rather than the Warrior boots being worn by Maraouance Fellaini and Vincent Kompany. 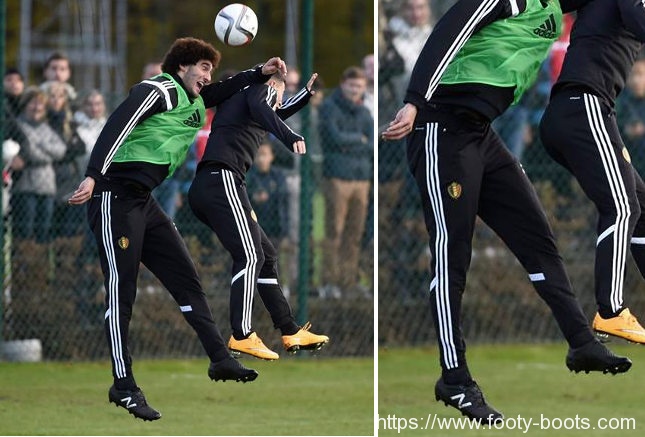 This week, however, saw Fellaini make the switch to a black pair of the boots that Ramsey has been wearing a white version of in competitive action for the last few weeks, all but confirming that the existing Warrior line-up will be absorbed when the ‘Big Switch’ happens.

Despite being different colours, both boots features a textured upper, side-offset lacing and the distinctive New Balance ‘N’ on the outer flank of the shoe. 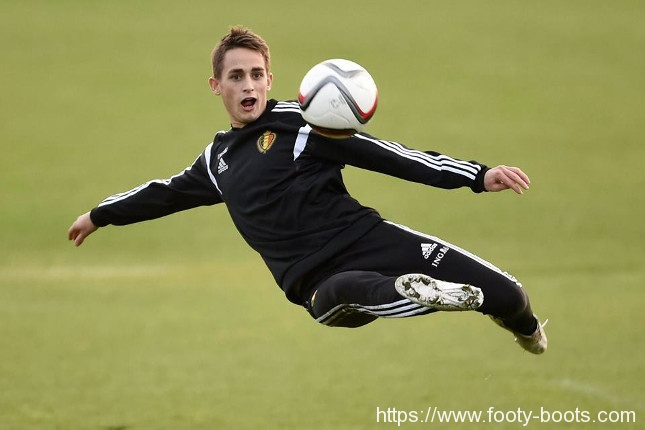 One sticking point, however, is the Superheat. Warrior’s newest silo, the Superheat might well prove to be a survivor of the switch.

Januzaj, Nasri and Valencia’s Alvaro Negrado have all been spotted in White-out versions of the Superheat – leaving us to speculate the Superheat is either simply filling some of New Balance’s athletes-in-waiting’s desire for a lightweight football boot or in line for a re-brand.

Relatively unprecedented for an established brand to be established into it’s parent’s company and its assets’ rebranded, the Warrior/New Balance story certainly is turning a lot of heads with it’s slow-burn to the reveal and lingering unanswered questions.

How do you see the Warrior/New Balance switch panning out?