New Balance recently released their first boot to be made in its manufacturing facility in Cumbria, UK. With a classic black premium leather upper and the Visaro outsole, the MiUK One underlines New Balance as a serious contender in the football boot market.

Earlier this year we were whisked off on what could be described as a mystery tour. The brief from New Balance was to meet in London to board a train. No other details were supplied other than this was to see something special. Hours later, having consumed copious amounts of caffeine, we arrive in Flimby.

Flimby, is a coastal village in Cumbria, 40 miles from Gretna on the Scottish border and is best known for being home to New Balance’s UK factory. Which is where we headed.

British manufacturing is enjoying a revival and New Balance now create close to 30,000 pairs of shoes a week from this location, 75% of which are exported out of the country, many featuring the Made In England tagline proudly.

Until now, the footwear produced in Flimby excluded football boots, but that has now changed with the release of the MiUK One, New Balance’s first football boot manufactured in the UK. It was also the headline act of our trip to Cumbria.

The MiUK One is a piece of beauty. The classic design creates the sort of silhouette you would expect a 5 year old to outline if they were asked to sketch a football boot.

During our visit we got to see the process behind the production of this boot first hand. 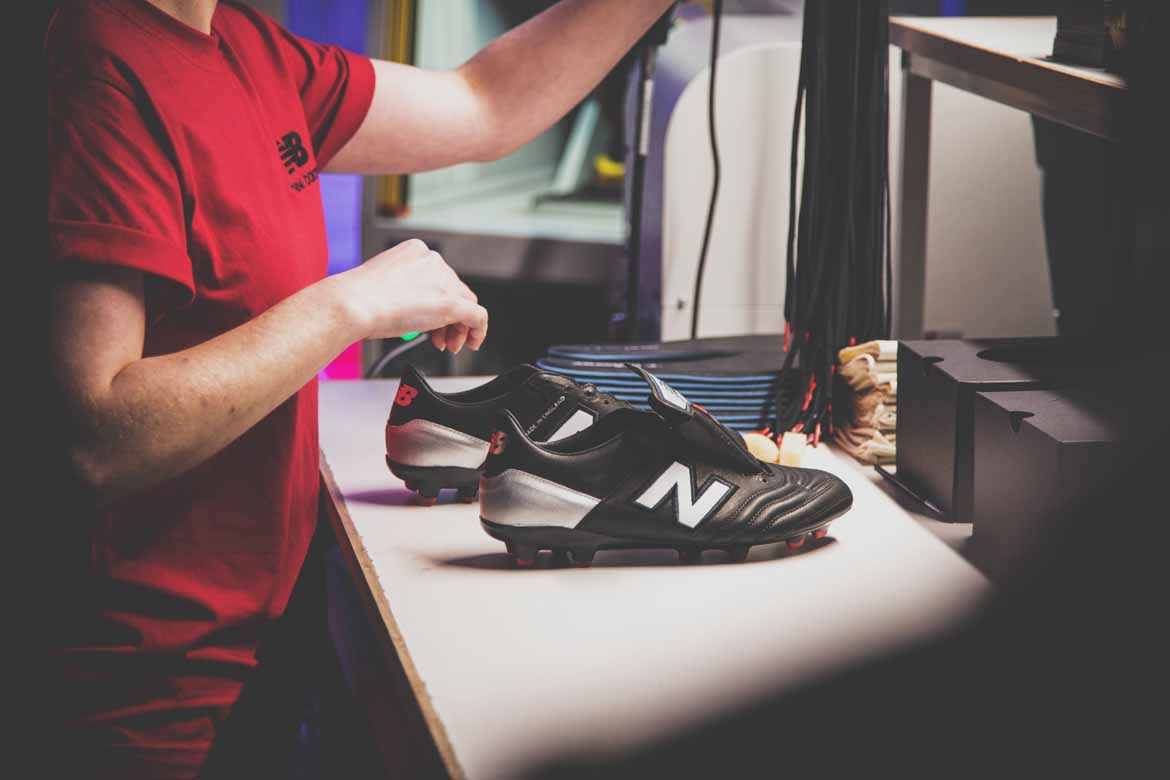 Possibly the most important thing to note is that the MiUK One is made by hand, something normally reserved for expensive Italian shoe brands. Each of the 2,000 pairs in this limited release will have been carefully put together by a real person. 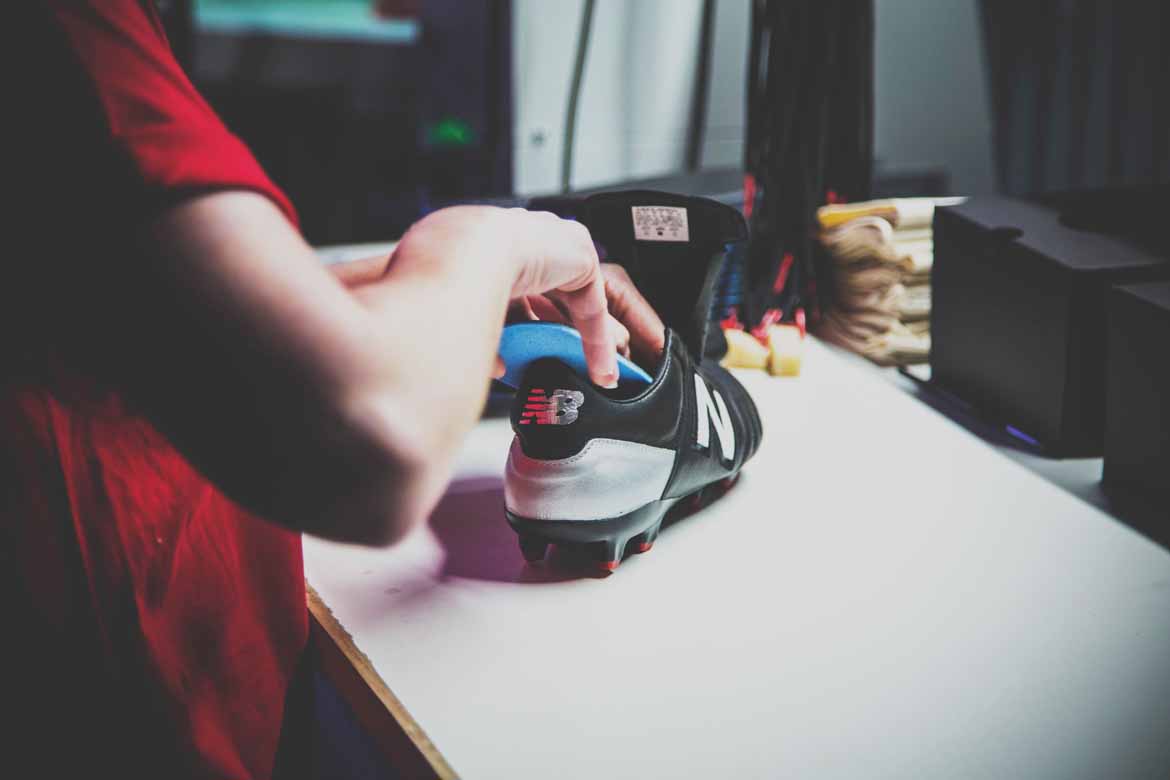 This is evident when you look at the K Leather upper with its beautifully quilted stitching across the vamp. It doesn’t stop there, the detail oozes out of this shoe; the tongue has cushioning in the strike area and a red embroidered detail on the lace rig. The NB logo is also embroidered on the silver panel on the tongue. The Union Jack is proudly featured alongside the “Made In England” tagline, oh and the foam footbed is seriously comfortable too. All this sits aboard the same outsole that you’ll recognise from the Visaro. 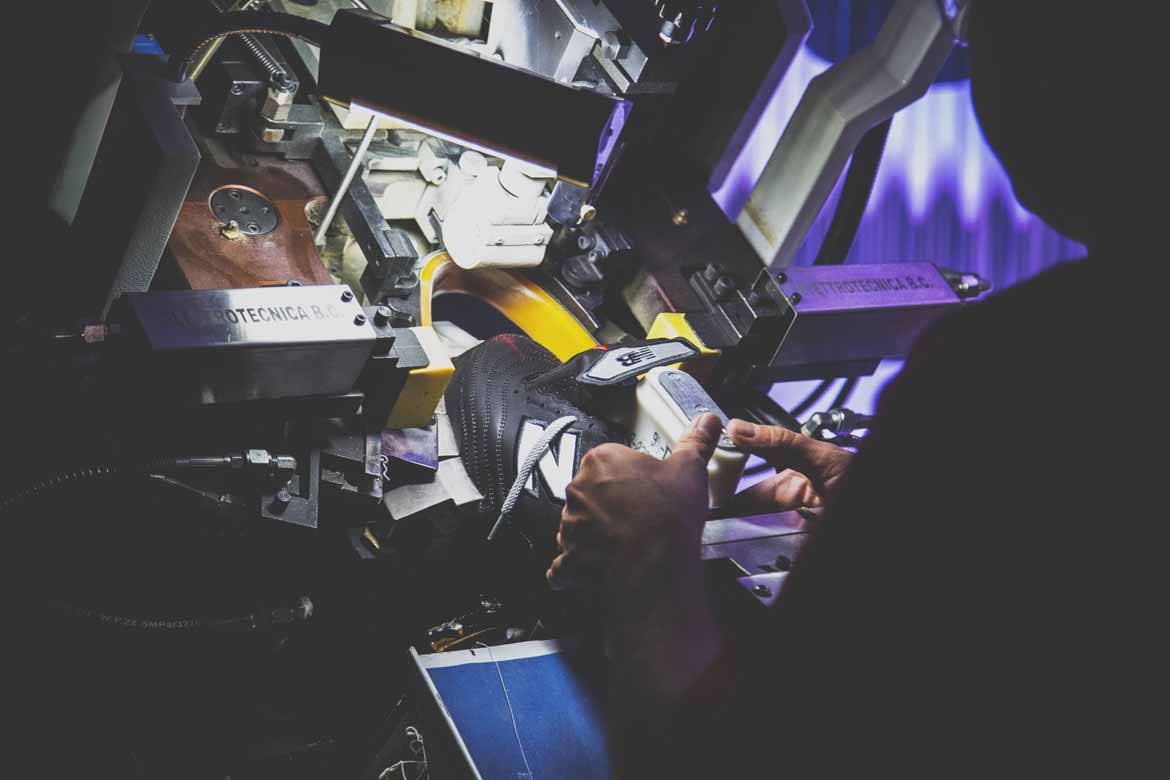 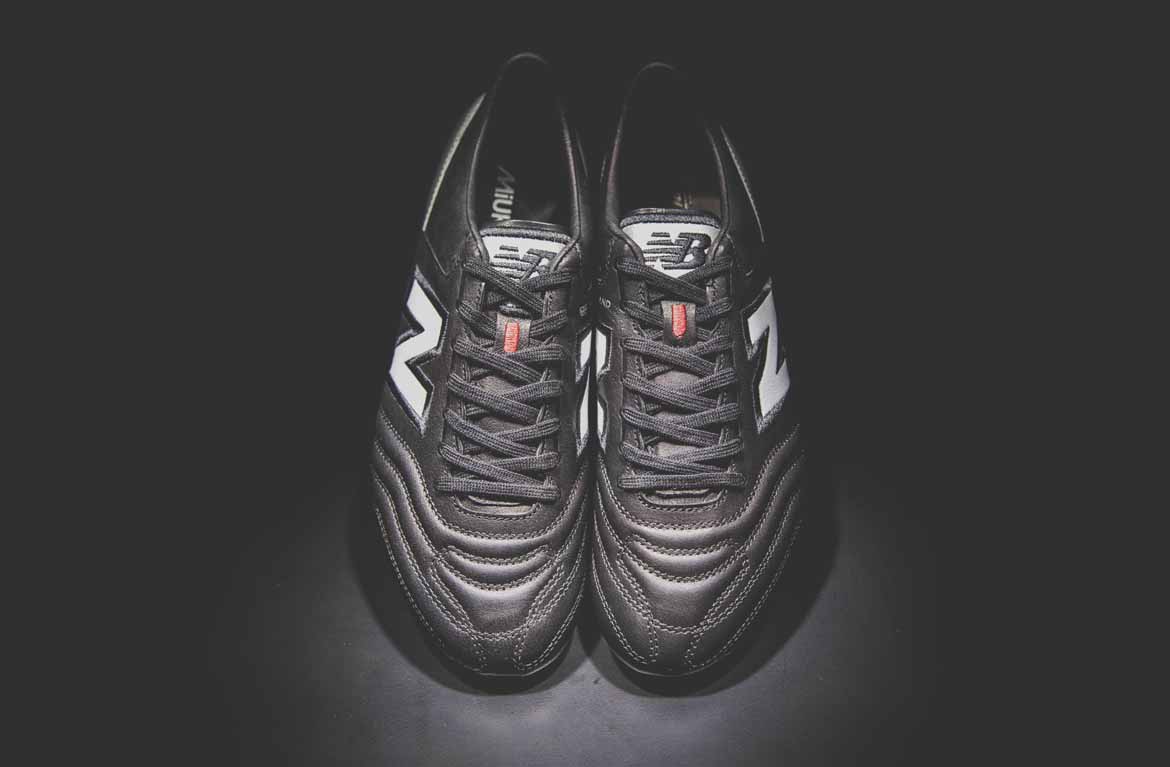 We were really taken aback at the amount of detail that goes into the production of the MiUK One, but it’s worth it. We only have two issues with this boot;