It’s the New Balance boot made for those that ‘take chances’. Yes, the Furon is back in a fresh new colour.

When the Furon was unleashed by New Balance last year we were taken back by the new development’s that went into the boot design. For example the burrito tongue which extends out of the upper, or the energy return that pushes out of the stiffened soleplate and many will really appreciate that the pro models can be purchased in different widths. 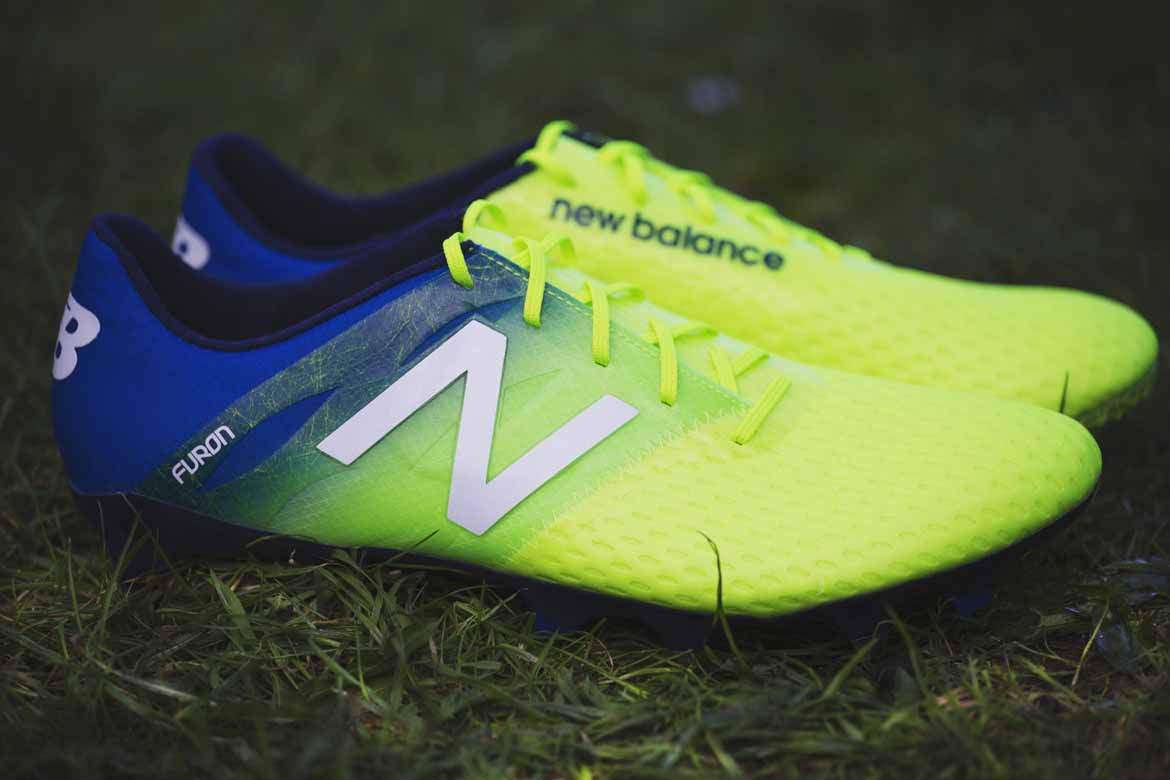 Reviews of the Furon since launch have been mixed, though the independent review we organised was very positive.

So whilst the jury may still be out on this shoe, there’s no denying that the design team have gone to town with the latest look of the Furon. 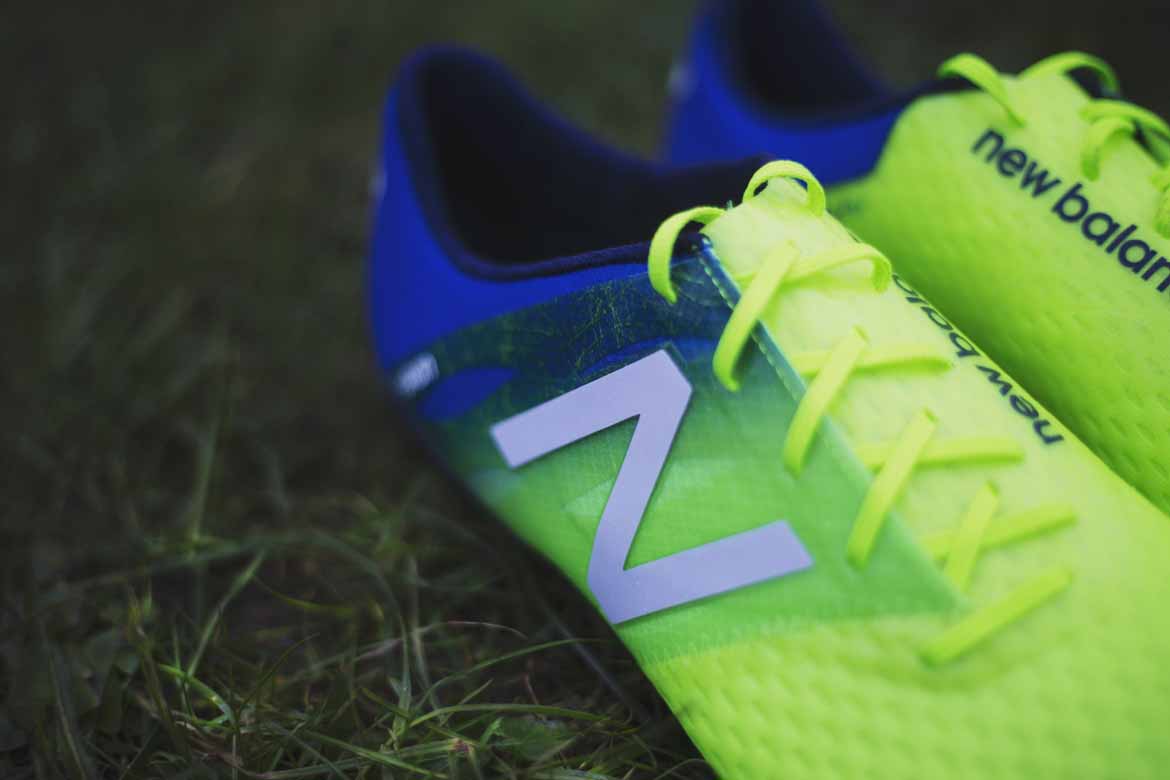 The forefoot on the synthetic upper of the Furon is called Toxic, a bright almost luminous colour somewhere between green and yellow which fades through the midfoot into a Pacific blue on the heel.

The Fantom Fit cage connects the forefoot and heel in a subtle gloss with flecks of paint and underneath, the soleplate is all blue. 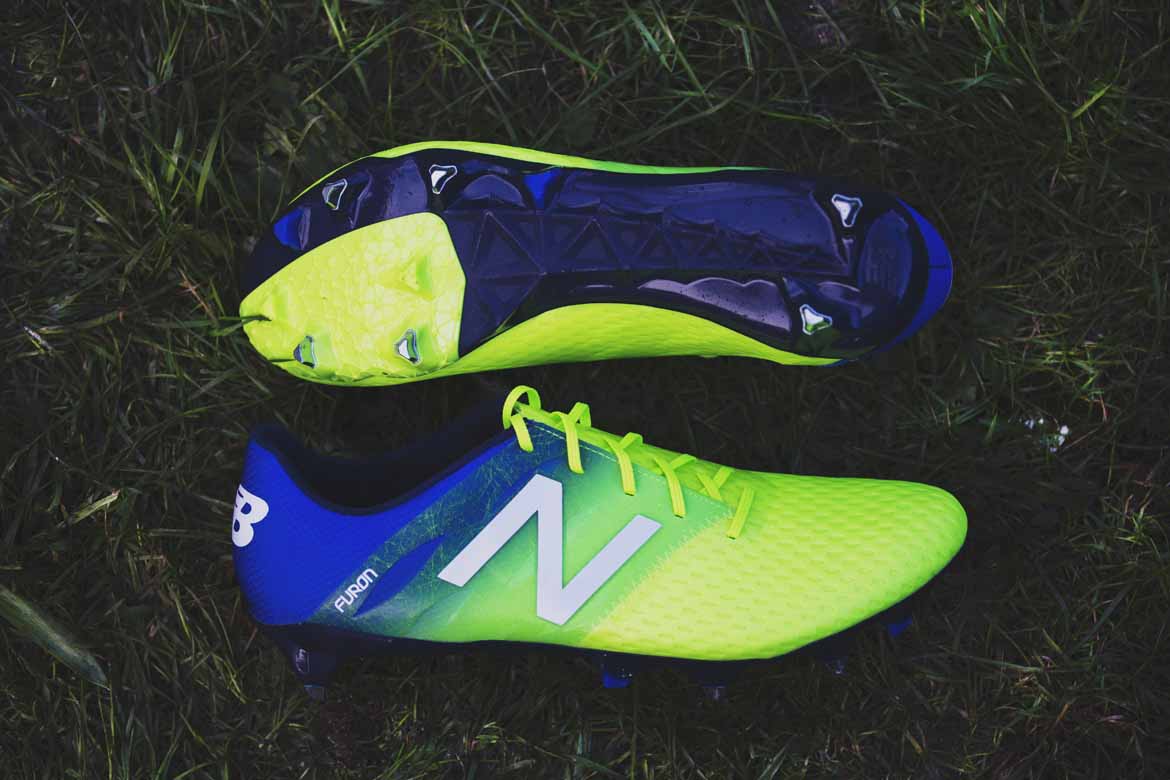