New Balance have given their speed boot its first revision since launching in June.

The football boot that New Balance have developed for the ‘Players Who Take Chances’ has been championed by the likes of Jesús Navas and Álvaro Negredo. It is a lightweight boot which has received mixed reviews since its launch, but it now receives its first update. 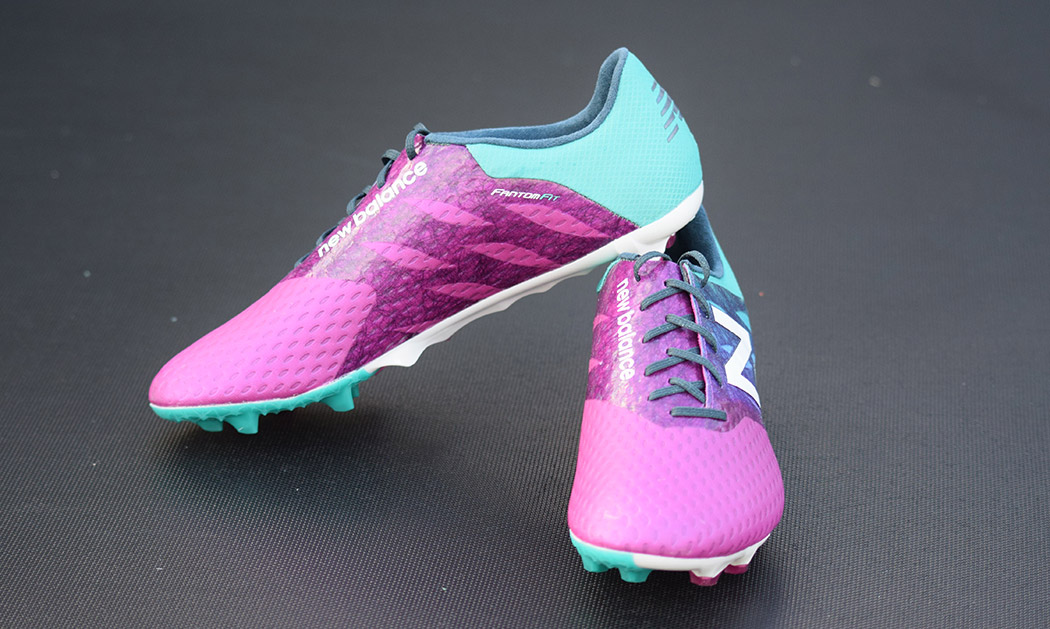 The forefoot and toe box area which is synthetic and features a dimpled texture is purple (Deep Orchid).

The Fantom Fit cage connects the forefoot and heel in a gloss and reveals a gradient that fuses the purple into the green (Serene Green) of the heel.

On the flipside, the outsole is a white base with six purple studs and four green.

New Balance were not conservative when they launched the Furon, it was launched with a number of features which made this boot unique;