New Balance say the Furon is their boot for taking chances, well they’ve not taken any chances with this colourway update – it’s black with a bright pop of orange that really works.

The football boot that New Balance have developed for the ‘Players Who Take Chances’ has been championed by the likes of Jesús Navas and Álvaro Negredo. It is a lightweight boot which has received mixed reviews since its launch, but when we enlisted an independent tester, it scored rave reviews.

The entire synthetic upper of the Furon is black, except for the bold branding.

The Fantom Fit cage connects the forefoot and heel in a subtle gloss. 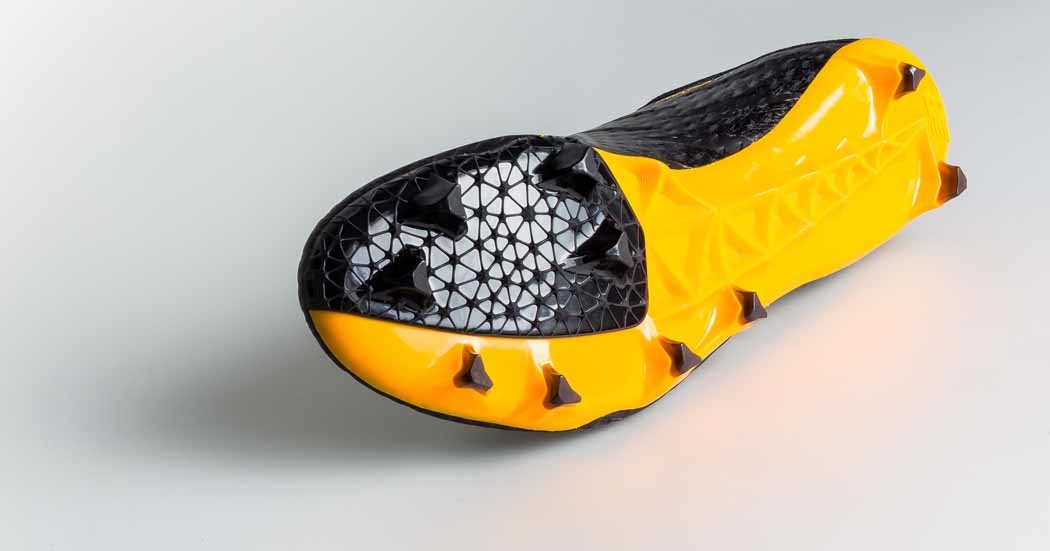 On the flipside, the soleplate is all orange on the FG models, the SG adds a black panel under the ball of the foot.

New Balance were not conservative when they launched the Furon, it was launched with a number of features which made this boot unique;

Written By
Stan
More from Stan
The featherweight champion gets a new paint job. Check out the new...
Read More