After months of speculation, prototypes and less-than-subtle hints, New Balance officially threw their hat into the ring last week with the official launch of New Balance Football.

Taking on all of Warrior’s kit and player sponsorship deals, New Balance Football are taking a fresh approach to how they want to be seen by both fans and the players they sponsor.

Where Warrior was the laddish adolescent, New Balance is assured and matured.

Branding around the event space in London that we’re gathered in for the official reveal of New Balance Football is contemporary, with White and Red the palette of choice; a fitting colour-scheme given the brand’s future association with Liverpool, Stoke City and Sevilla.

After a brief on-stage introduction to the players and some of the key members of staff at the brand, we caught up with General Manager of New Balance Football, Richard Wright,

A sought-after talent in the world of sports brands, Richard has previously enjoyed stints at adidas, Umbro and Reebok, and it hoping to take risks that other brands won’t take at New Balance.

“I’ve worked at a few brands before, and this is the first time we’ve been given a blank sheet of paper, with no other brief besides ‘we make shoes’. It’s great to do something from absolute scratch – we’re very happy with the way things have started.”

Wright explains that New Balance started out as a company making insoles, so fit, comfort and performance are at the heart of everything they do. 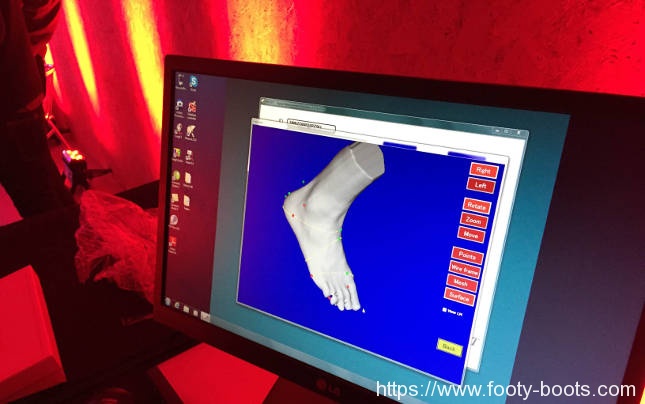 New Balance brought some of their laser foot-scanning tech along to the event. Impressive stuff.

“It’s important for us to take a lot of time to get the product right – and we’re still getting it right. The guys are giving us feedback, and we want to make the most of that before we go launching in next season with all the new product.”

And that doesn’t stop at the professional players. New Balance are attempting to bring a level of choice to amateur player, too:

“New Balance as a brand has always been about fit. They’re the only brand that really do width fittings and we’re offering width fittings on out professional-level boots going forward, which is really interesting – that’s something that other brands wouldn’t even dare to do”, explains Wright.

Wright also explains that the ‘tease’ campaign has been a challenging, but deliberate process.

Since Aaron Ramsey first wore the unbranded white-out prototype back in November, Wright and his team have been monitoring feedback, and rolling out more low-key boots to other players over time.

“It used to be, you’d have a player wear the boots to create the demand, then six months later you’d launch the boot. Nowadays, whenever whichever superstar wears a boot, you’re expected to be have it at retail the next day.”

Not only that, but Wright also explains the players in the New Balance Football roster ‘aren’t lying’ when they say they’re providing feedback on everything they wear. Players have been texting in their thoughts on every new model after training and matches.

That’s something being echoed by the players, too. Manchester City’s Jesus Navas explains that “New Balance have supported us as players throughout the testing process. We’ve been able to try the boot from the beginning and grow with them as they’re being developed.” 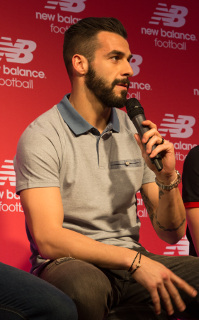 Whilst Valencia striker Alvaro Negrado also said the feedback between players and brands has left a good first impression with him, “They keep improving the boots with every pair they send me – I’m happy so far, and excited for the finished product.”

If there’s one recurring theme besides the level of player feedback and the emphasis on a groundbreaking fit, it’s the idea that New Balance football – a relatively small team, with some big contracts and bigger ideas forming their immediate future – are very much a family at the moment.

“It’s great to be part of this project from the very beginning. New Balance has the feeling of being part of a family, and hopefully we’ll have a bright future ahead of us together.”

Written By
Kyle Elliot
More from Kyle Elliot
We caught up with one of Arsenal's stand-out performers this season to...
Read More