Since 1994, Ireland have been wearing kits produced by Umbro, previously switching from adidas after the world cup in the US. With the vast growing market and performance technology in football shirts these days, more and more teams are changing sponsors. From August 2017, Ireland will now be wearing New Balance kits, which has left many fans excited. Expressing his delight on the brand new deal, CEO of FAI, John Delaney, said:

The Football Association of Ireland is delighted to announce this relationship for our international teams. The Republic of Ireland jersey is recognisable all around the world and is synonymous with the passion that our players and our supporters are renowned for. We’re looking forward to revealing the New Balance kits that will be worn by all of our competitive national teams as they enter a very exciting time for international football. 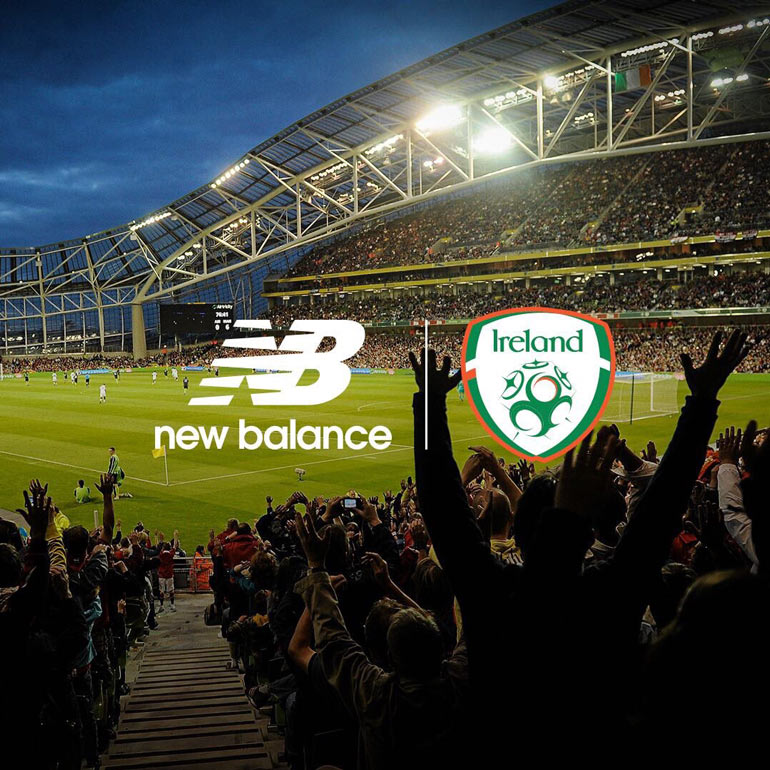 Ireland joins the likes of Liverpool FC and Celtic FC who proudly wear the New Balance strips. The deal includes full kits, training apparel and equipment for all Irelands teams, from men’s to women’s, and senior to underage levelAfter clinching the deal with Ireland, General Manager of New Balance Football, Richard Wright, said:

This truly is a fantastic collaboration for the brand with such a strongly supported national team. Ireland boast some of the most passionate supporters in the world and we look forward to creating kits for them to be proud of, hoping to be a part of the success on the pitch.

We are delighted to collaborate on this exciting agreement with both New Balance and the FAI. We are looking forward to unveiling the new Ireland kits, training and leisure wear over the coming months.

Many fans, including ourselves, will be looking forward to see the kit that New Balance Football produces, and I think its safe to say it will not disappoint.