Argentina is one of the most successful national football teams in the world, having won the World Cup twice and the Copa America 14 times Maradona’s much changed squad have again qualified for another World Cup…. but only just! 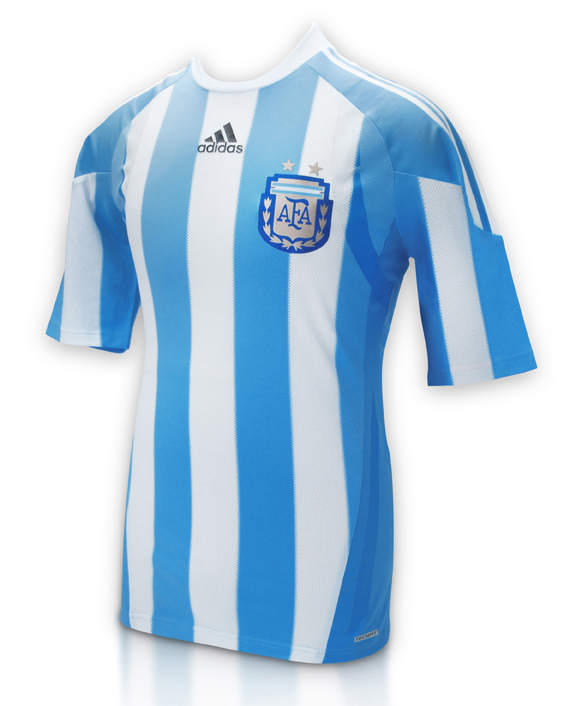 The new Argentina Home Shirt 2009/10 will be worn by the likes of Messi and Tevez as they look to conquer the best teams in the world when they travel to South Africa. Shirt Printing available.

•' ' '  The new blue and white Argentina home kit resembles the national flag and features special mesh material similar to the fabric used in the jersey worn by the 1986 World Cup winning team.
•' ' '  The away kit features double blue stripes and silver lining for the first time since the 1986 World Cup.
•' ' '  The Sun mirrors the national anthem and pride of Argentina helping players and fans to “live crowned with glory.”

What do you make of the new Argentina home shirt?