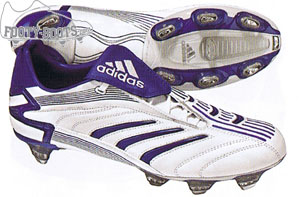 Adidas are gearing up to a busy release time of new football boots as the football season comes to a close with Beckham’s New Boots the topic on every footy fans lips!

Written By
Felipe
More from Felipe
Football Boot brand Umbro has encountered complications over the involvement of coach...
Read More