Ever since adidas ditched their ‘adi5’ moniker, we’ve started to see a new side of the Three Stripes on the courts of the small-sided game with the Freefootball series.

With more imaginative designs and bolder styling, adidas are hoping that their latest batch of Freefootball shoes – appropriately dubbed the ‘Glow Pack’ have arrived just in time to go toe-to-toe with the new Nike FC247 range, headlined by the Elastico Superfly.

What have adidas got in their corner this time out? Let’s take a look: 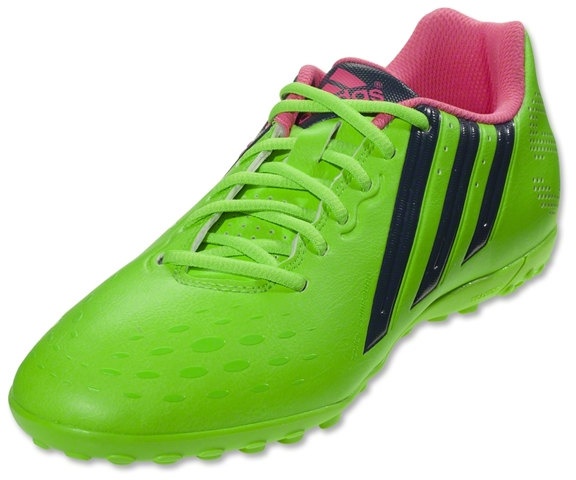 A synthetic upper wraps around a mesh sockliner for a flexible, forgiving fit, whilst the outer upper utilises some clever tech fives players are sure to dig. 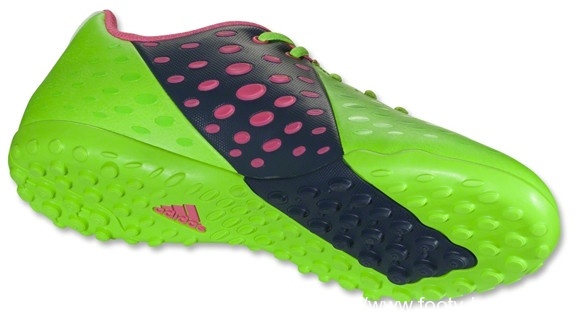 The first is an abrasion-resistant synthetic overlay that protects the boot from friction-burns, whilst the second is a special touch compound applied to the vamp in oval patterns for a more forgiving touch.

On the instep is a specially-designed pass zone with friction-boosting SL rubber elements for a more consistent contact on the ball.

adidas’ Freefootball TopSala is a name that’s been on the indoor scene for over a decade, and the most recent iteration should give plenty of reason for it to be around for a decade more.

The ideal shoe for classic players whose game on the hard stuff is based around an assured touch and comfort, the adidas Freefootball TopSala packs plenty of features for a more heritage-inspired shoe.

A HybridTouch synthetic leather wraps around the toe area for the cushioned touch of a natural leather, but the creation process allows adidas to make the material more hard-wearing without compromising ball feel for better durability.

The midfoot, tongue and heel all make great use of mesh with thermally-bonded support elements to keep the boot breathable in heated games, whilst maintaining shape for improved comfort. 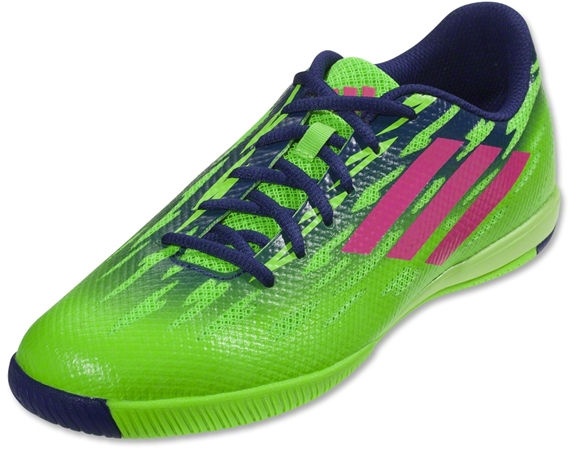 Taking more than a few design cues from the f50 range is the adidas Freefootball SpeedTrick.

Built around a mesh upper, the SpeedTrick is designed to give a barefoot feel by bringing players fee closer to the ball than the other shoes in the range.

A thin, perforated synthetic leather layer adds durability and waterproofing as well as more traditional touch to the upper of the Speedtrick, whilst a specially designed dual-material outsole will be sure to appeal to the Futsal players out there. 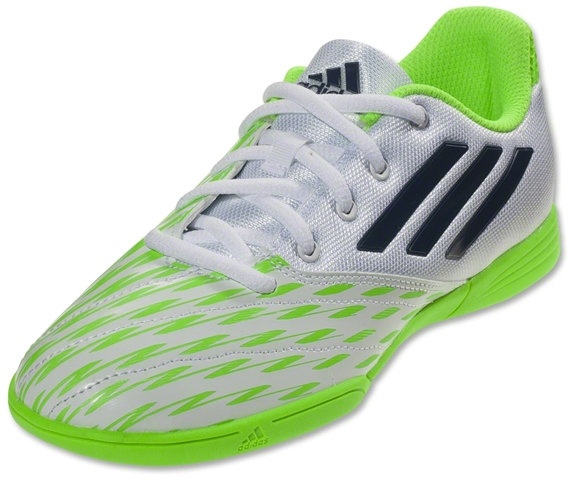 The younger brother of the SpeedTrick, the adidas Freefootball Speedkick offers a slightly more traditional take for players who want speed and touch from the small-sided game shoes.

With a synthetic forefoot and instep, the major contact points for a player dribbling, striking or passing the ball are covered for a more solid and durable feel. 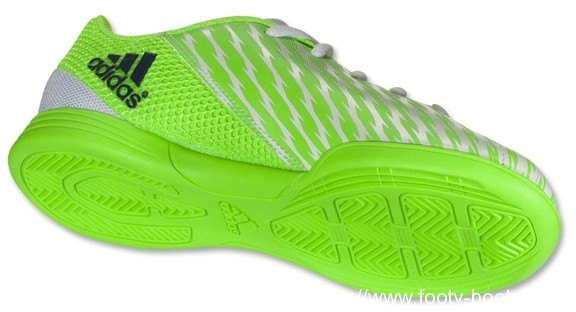 The midfoot and heel, however, bring in an exposed mesh that offers more ventilation and a softer ride – perfect for players who need a more forgiving ride following heel or knee injuries.

Which of these four adidas Freefootball releases is your favourite?

New adidas Freefootball Range for Holiday 2014, 8.4 out of 10 based on 9 ratings https://www.footy-boots.com/wp-content/uploads/2014/10/adidas-freefootball-holiday-range.jpg