Nani seems to have been on something of a quest to find himself the perfect pair of football boots. 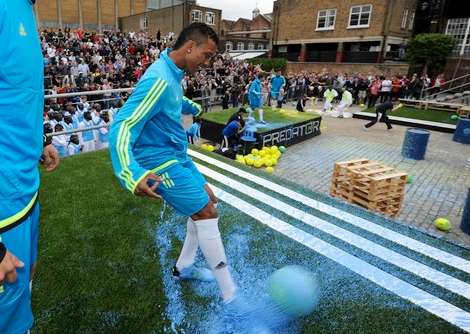 Over the last 12 months, we’ve seen Nani try out the Superfly and the Mercurial Vapor, before ditching Nike altogether to wear the new adiZero.

But it seems the flying Manchester United winger isn’t just on a quest for the lightest football boots in the world, as he played out the last two games of the season in the new adidas adiPower Predator.

Now, after months of swapping, the Portuguese international seems like he’s struck up an immediate liking to his new adidas football boots;

“I wore the new adidas adiPower Predator for the first time at the weekend when we won the league so I’m hoping they act as a good luck charm in the UEFA Champions League final as well!”

Nani is delighted that United became the most successful side in English football by winning a record-breaking 19th top flight title and now all his attention is focused on how to triumph over the might of Barcelona in the Champions League final. 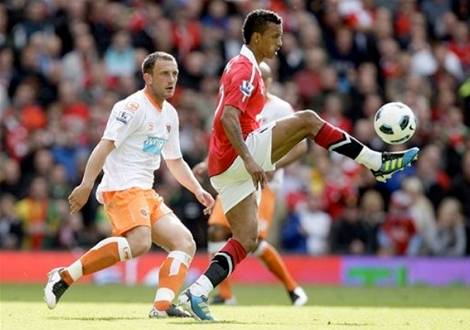 He continued: “It˘ been a great season. I am very happy at United to win the 19th title, that˘ three I have been part of and I want to keep going and contribute even more.

“Now we are thinking about the Champions League final. I don˘€žËt want the same thing to happen as in 2009 when we lost to Barcelona.

“I˘€žËm not thinking about Lionel Messi; I don˘€žËt think there is anything specific to worry about with Barcelona. But we will try our best.”

The one person who is on Nani’s mind is Sir Alex Ferguson, who many speculate will retire if he claims a third UEFA Champions League title the coming weekend, though Nani suggests that isn’t going to be the case.

“He is still doing his job very well. At this moment he feels very confident and fit,” added the 24-year-old. “He believes that he can go to the training ground and give everything Ë and as long as he does that, he will stay. He loves football and winning trophies. And that˘ what he˘ doing now.”

“He has been very important for me,” Nani said “Everybody knows, since I have arrived at United, the opportunities he has given me. He is the most important person in my career.

“If I am doing well at the moment it is because of him and the opportunities he had given me. And if I am showing a better side to my game it is because he has shown me how to improve and what I have to do.

Do you think Nani will shine in the new adidas adiPower Predator against Barcelona?

Or will his new football boots good luck wear out against Messi & Co.?