Something a little bit different this week (in a good way!) as we put our reviewing (and passing) skills to the test with the Munin M-Station Talent; a high-end rebounder used by Arsenal and Real Madrid.

Better than kicking a ball against the wall, this training aid has a massive 100% sweet-spot and a 95% power return, making it easy to replicate different speeds and styles of passes.

Real talk: Training on your own sucks. But the truth is, if we could – we’d all do it. The prospect of being able to knock a ball about on a Monday after a game on the weekend can be as therapeutic as it is beneficial to your game.

That said, whilst there’s plenty you can do with just yourself and a ball, there is a limit to what you can do that will transfer well into a game.

Which is why the Munin M-Station Talent is an a brilliant bit of kit – no need to text about, wait on friends or twiddle your thumbs until training later in the week – this steel and aluminium frame lets you crack on with some game skills, all on your tod. 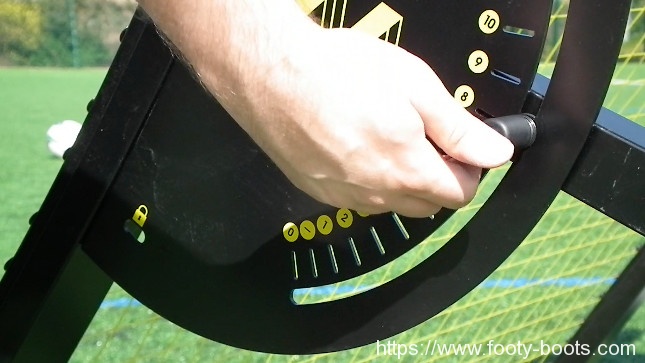 At first glance, you sort of think that there’s only really a couple of drills you could run with an M-Station, but after one kick, you start to get a good idea of what this high-end rebounder is all about.

For starters, the power of the return off the M-Station is absolutely incredible. Munin promise a 95% energy retention on everything you put into it – that is definitely true. In fact, there might well have been a few occasions where we’ve felt it hit a pass back harder than we’ve sent it in. Apparently physics is no big deal to the M-Station Talent.

With that in mind, there’s no shortage of things you can do with Munin’s award-winning creation. We’ve found that in addition to passing, the M-Station is killer for serving up lofted balls for passing, or building up co-ordination with your headers. 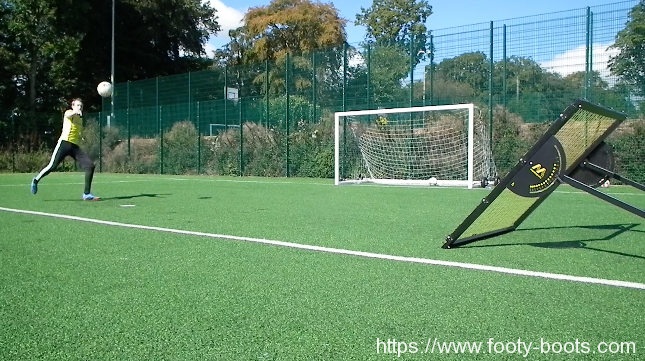 The M-Station Talent is sure to be a hit with ‘keepers, too. Whether it’s individual training or a warm-up on the sideline, keepers can prep their reactions for driven shots or tricker crosses.

And if you ever run out of ideas, just keep an eye on training at Real Madrid or Arsenal – they’ve got a couple, too.

It’s also worth mentioning that the Munin M-Station Talent also comes with a compatible app. The M-Trainer app is available for iDevices and Android smart phones. Pretty neat in it’s functionality, the app counts the amount of impacts on the rebounder, and relays that data as passes and so on. 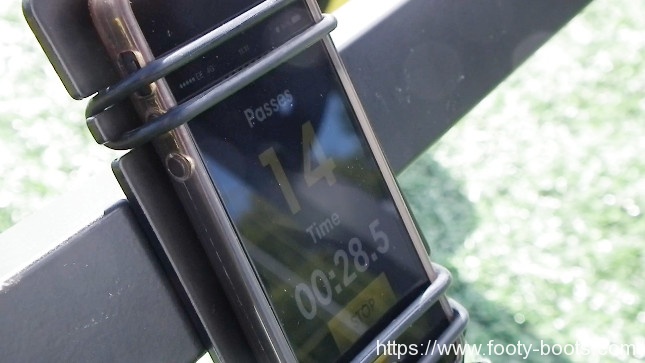 It’s a fun feature, but we wouldn’t let it make or break your decision on whether on not to look into an M-Station – especially if, like us, just hitting the rebounder is an achievement in and of itself.

All in all, the Munin M-Station Talent’s versatility and ability to provide limitless repetition make it a really valuable training tool for anyone who is absolutely set on improving that skills – especially in the areas of first touch, passing, co-ordination and reactions.

A rebounder gives players the ability to instantly evaluate what did and didn’t work the the first time out. Bottom line, if at first you don’t succeed; you can try, try, again.

Written By
Kyle Elliot
More from Kyle Elliot
We end the year in classic fashion: with a Top Ten list!...
Read More