The growing number of futsal players in the US now have a another top shoe to meet their needs as Munich futsal shoes land in North America for the first time! 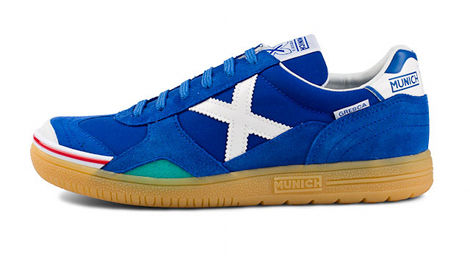 ' Whilst you might be hearing the Munich name for the first time here on Footy-Boots.com, Munich and their iconic ‘X’ Logo are actually one of the most storied and revered names in small-sided football.

And rather than being a long-lost name that’s being revived, the Munich name is as strong today as it ever was, with an array of top-level futsal players wearing them, playing for the biggest teams in Europe. 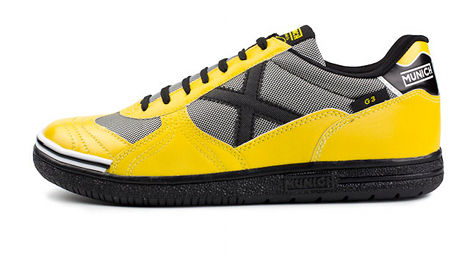 The company is based in Villanova d'Espoia in Barcelona, where 250,000 upmarket sports footwear and streetwear models are produced annually by more than 50 artisan shoemakers. These footwear experts control the manufacturing process, from machining and finish to the manual phases of the most sophisticated designs.

The distinctive Ĺ›XĹĄ logo in the middle of the shoe comes from a period in Spain's history when Catalan companies often had limited resources and a need for simple designs that were easy to produce consistently. It has become an instantly-recognizable trademark around Europe and a reflection of the Catalan culture that combines hard-work and excellent with the creative spirit for which Barcelona is known. 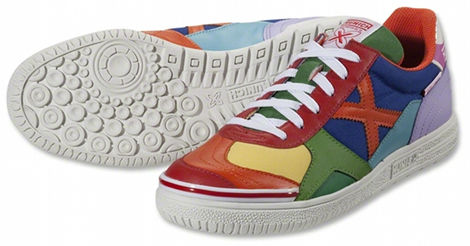 In the 1980s, Munich was the first sport shoe company in Spain to develop a technical futsal shoe ” the Gresca ” for the growing 5v5 fÄ‚Ĺźtbol sala (futsal) craze in Catalunya and around Spain.

A distinctive feature of the Munich futsal shoe models such as Gresca, G3, G3.5 and XLSis the best toe protection available in a futsal shoe. This feature is instrumental for the quick toe-poke shot practiced by top futsal and street soccer stars and cannot be found on the many of the larger brands„indoor soccer shoes. 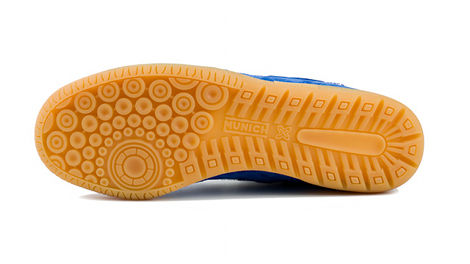 Other features found on Munich models are the Vulcanized rubber sole and double-density midsole. The shoes„uppers, depending on the model, are made of top-quality kangaroo, boxer, cowhide, suede and hi-tech synthetic materials. 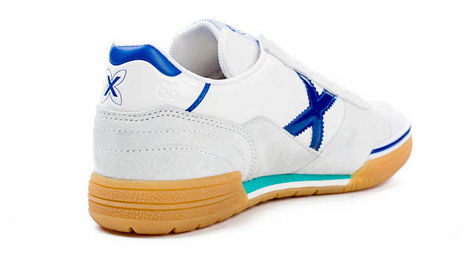 The most popular and well-known Munich model is the Gresca, a shoe that combines all of the above technological advancements with fresh styling with equal appeal for futsal, street soccer and daily wear.

Munich’s Gresca is the model Munich will be putting front-and-centre as they vie for a place in the futsal shoe market. With a premium pricetag of $119.99, Munich’s shoes might be a little more expensive than the other brand’s offerings, but they’ll be banking on the Gresca’s ' top-level materials and creation from a brand that lives and breathes the game to see them through! 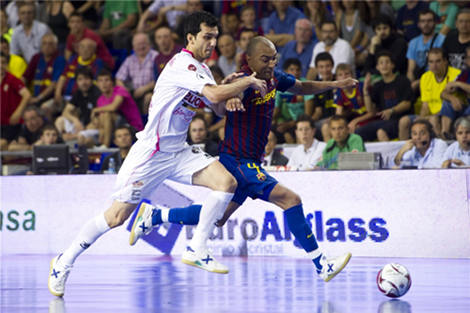 What do you think of Munich’s designs? Are you a serious Futsal player – if so – will you pick up a pair?