“Build from the back”, that’s what most horribly clich'©d managers would insist when start a team from fresh – and here at Footy-Boots.com we’re heeding that advice!

In our attempts to break down the World’s football boots by their popularity at this year’s World Cup, we’re going to be dissecting players by position – to see where certain football boots are at their most popular on the pitch.

Whilst the gloves are the real show-piece for most stoppers, we reckon you can tell a lot about a keeper from their boots!

The following boots are all stuck on one endorsee each – which is a shame as there’s some really great picks, not to mention some classics! So here’s some of our favourite one-pair-wonders!

Uhlsport being one of the giants of the goalkeeping glove market, it should be little surprise that the brand would find itself with some representation in the boot department too!

You can’t keep a good man down! The Predator Powerswerves might be fading from sight on pitches, but there are players out there determined to wear them.

In fact some keepers (such as Huerelho Gomes) only just switched out of the PowerSwerves weeks before the tournament – proving their enduring popularity!

Another speed boot creeps onto the feet of keepers from different corners of the world!

Whilst the light weight construction must help when charging down players at speed, we think the real reason these ‘keepers wear the v1.08 football boots is so they can smash goal kicks up this pitch with that huge kicking area! 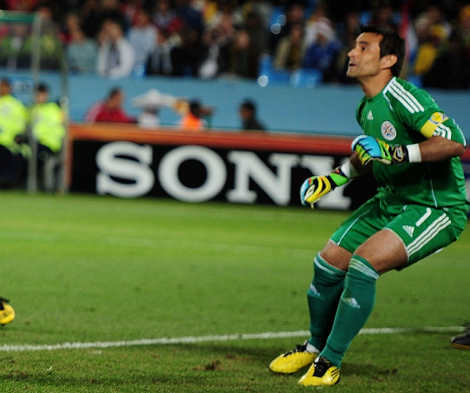 An unusual choice for a goalkeeper’s boot – the adidas f50 adiZero could well become popular for veterans of the old onion bag in coming months.

The comfortable fit should mean those action-less games become a bit less of an endurance exercise, and the ultra-light construction should help the more acrobatic keepers in the world pull off those ‘for-the-camera’ saves!

A very shocking showing from the classy adidas boots, we certainly expected a bigger number of keepers to opt for the adiPure III.

Always an odd choice for keepers, the Superfly II has nonetheless snuck onto the feet of a few keepers this year. Again, we can see the light weight being of an advantage, but personally we’d trade that for more protection! 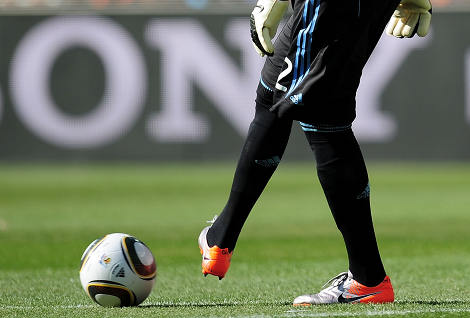 Another low number of wearers at the World Cup form this hugely popular boot.

The CTR360 has been steadily climbing in popularity with goalkeepers since it’s launch last season – the boots emphasis on control will surely be welcomed by keepers who are called upon to deal with the occasional tricky back-pass.

A boot that we’ve not been able to cover as much as we’d like here on Footy-Boots.com (Hint, hint Lotto!) The FuerzaPura translates from Italian as ‘Pure Power’ so we can see why plenty of keepers would want them on their feet!

Coming in a choice of Leather or Synthetic uppers also means that keepers can pick and choose their boots depending on conditions.

Beating out some of the most technologically advanced football boots on the market, it’s great to see the classic Copa’s still being represented at the highest possible level of competition.

Not just that, these football boots are worn by European, South American and African goalkeepers – demonstrating perfectly the universal appeal of these gorgeously-crafted classics. 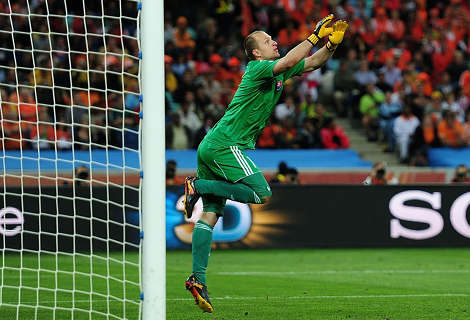 Despite being designed for powerful strikers and attackers, the Puma PowerCat 1.10 has more fans between the sticks than in any other position!

And why not? The 3D PowerLast strikezone must be a joy to ping goal-kicks off of!

Despite not having any massive goalkeeping names attached to them, the T90 Laser III’s are one of the most popular boots out there for stoppers.

Not being one of the lightest boots on the market, we can only guess that the memory-foam enhanced fit and large striking areas are the biggest selling points. 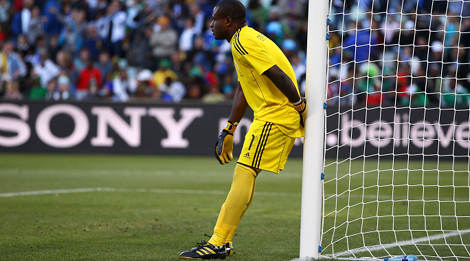 The Predator series has always been a popular choice for goalkeepers; the accuracy-enhancing swerve zones have often helped the world’s finest goalies keep errors in their kicking technique to a minimum.

Coming up top is the classic Nike Tiempo Legend line!