At Footy-Boots, we’re nothing if not a bit ambitious. Ambitious and crazy for stats! We’re looking at trying using the facts and figures available across the internet to see if the boots players are wearing in the World Cup are doing what some of the brands say that they’re doing.

For example, did you know the fastest player so far this World Cup was Mexico’s Javier Hernandez? Clocked at moving 32.15 km/h the South American speedster prefers the Tiempo Legend III Elite, the heaviest of Nike’s Elite Series!

We don’t expect you to take any of these figures at face value, or read too much into them – but in the case of some boots it does make for some very interesting reading!

So – starting with not only one of the most important aspects of the game, but also one that Football Boots brands claim to offer the most improvement in, let’s take a look at the most accurate boots in the competition! 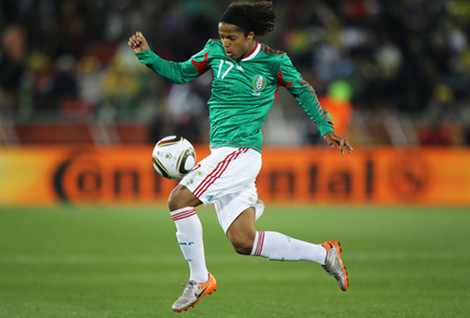 Designed more for passing than shooting, the CTR360 Maestri notches up a respectable 8th place in terms of overall accuracy.

Favoured more by ball-playing midfielders and defenders than strikers, perhaps it’s no surprise to see that 82%'  shots from outside of the area in the CTR360’s fly wide of the mark!

The supersonic Superfly II clocks in at 6th place in terms of overall accuracy. Just over 50% of the shots from the Most Expensive Football Boot in the World ™ find their way on target overall, with 52% in the penalty area troubling the keeper or hitting the back of the net.

Despite the exclusion of a lace-cover for a bigger striking area, the Superfly II barely sees a third of their efforts from outside of the 18-yard box go between the posts. 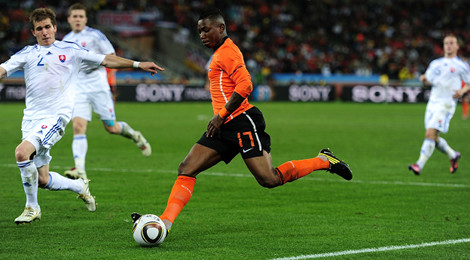 Sitting just above it’s lightweight rival, the adiZero enjoys the smallest spread of all the football boots in the chart. So, despite being one of the most popular boots in the tournament, most of the players that wear them consistantly hit the ball on target from a variety of ranges with almost 1:2 accuracy!

When you think ab0ut the players that prefer the F50 adiZero – including standout players of the group stages; Lionel Messi, David Villa and Gonzalo Higuain – it’s not hard to see why!!

Nike’s big accuracy boot dominates in the area with the highest percentage of shots on target in the area out of every boot in the group stages – 75% of shots in the T90 Laser III in the box are on target!

However, outside of the area, the Laser accuracy is a little lacking. With only 25% of their shots on target, they’re actually the second-lowest in terms of accuracy outside the area – a fact that will ring all too familiar to England fans, to whom the sight of the T90 Laser III Elite is all too familiar on the feet of the misfiring Wayne Rooney.

The Predator_X, adidas’ big power boot interestingly enjoys an overall accuracy of nearly 60%, and a higher percentage of shots on target from the outside of the area than the Laser III.

Inside the area however, the mighty Predator_X stands with a strong 63% of shots on target – but not as strong as it’s closest rival from Nike.


With no accuracy gimmicks or stripped back design, it’s a testament to classic design to see the Tiempo Legend III ranking so highly.

Like the adidas F50 adiZero, despite being a wildly popular boot among athletes at this Summer’s event the boot enjoys a remarkable consistancy. 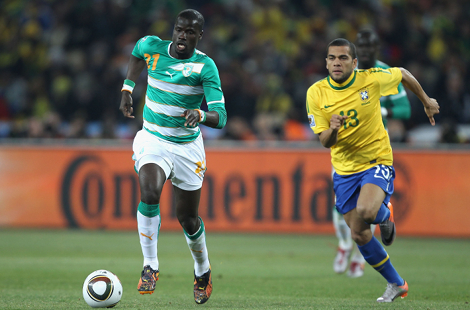 Now here’s an unexpected result for Puma! Claiming to be the second most accurate boot in the World Cup group stages, there’s more to the Puma v1.10’s claim than meets the eye.

For starters, it has a downright awful outside of the box accuracy – the worst in the table with only 17%. But compensating for this dire figure is an enormous 89% accuracy in the box! Clearly these speed boots are designed to get you in the right place and trouble the goalkeeper – but having only netted 5 goals in the group stages the v1.10‘s are more hitting tame shots at the keeper, than scorchers into the top bin. 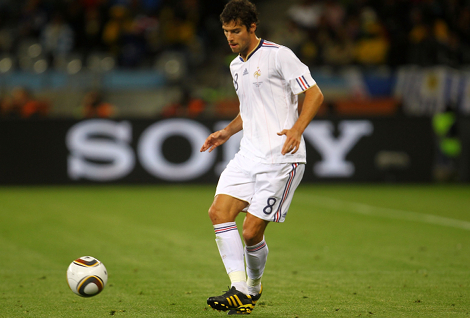 It’s an unbelievable turn-up for the classics as the adiPure III can claim to be the most accurate football boot in the whole of the group stages! Whilst not exactly banging in the goals left, right and centre (in fact the adiPure can only stake claim to 6 goals in the group stages) The likes of Jon Dahl Tomasson and Frank Lampard’s efforts have helped to ensure the boots are consistently accurate.

Heavily favoured by some of the smaller nations such as Cristian Riveros’ Paraguay, the adiPure III’s high numbers come from the large amount of players wearing this modern classic.

For anyone that’s interested – all data was compiled after the group games of the competition, to ensure all players had played an roughly equal number of games, and only data from the top 50 players was used. This was there was a smaller sample to work with, and ensured massive numbers that didn’t bog down the averages!

Written By
Kyle Elliot
More from Kyle Elliot
A closer look at the understated World Cup colourway of the adiZero!
Read More