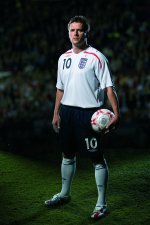 The Newcastle striker has a virus and joins Tottenham’s Jermaine Jenas, who has an ankle injury, on the sidelines.

Ahead of England’s friendlies against USA and Trinidad and Tobago, the England squad has seen two changes.

Michael Owen was unable to report due to an infectious virus and is expected to be out for both games, while Tottenham Hotspur midfielder Jermaine Jenas reported with an ankle injury and has returned home.

The nine players from Manchester United and Chelsea who were involved in the Champions League final in Moscow on Wednesday evening, will report for England on Saturday.

David Beckham will report on Sunday, after LA Galaxy’s game with Kansas City on Saturday.