Not content with making exceptional football shirts for the teams in the MLS, adidas have roped in their premium fashion Originals imprint to create some slick garms for fans of three of North America’s biggest clubs.

Created for the Seattle Sounders, Portland Timbers, and LA Galaxy, the collection offers high style without sacrificing the love of the game. The collection includes a custom assortment for each team, with each piece featuring a stylised, limited edition team logo.

As if the US didn’t have enough to be hype about on the soccer front, securing a place in Brazil next year with a 2-0 win of their greatest footballing rivals, a great crop of talent coming through this year and attendances steadily on the rise in the MLS – they’ve now got the chance to have some of the best-dressed fans in the world!

We’ve had a rifle through the look-book and picked out three of our favourite items – one from each team’s collection. 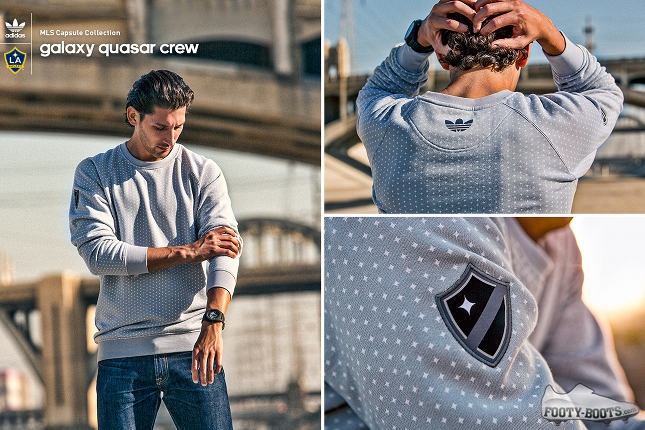 We’re a sucker for an all-over print sweatshirt, and this crew-neck utilises the ‘Quasar’ at the heart of the LA Galaxy crest especially elegantly.

Couple that with the woven details on the shoulder and right hem, and there’s a lot of Galaxy love on this piece. 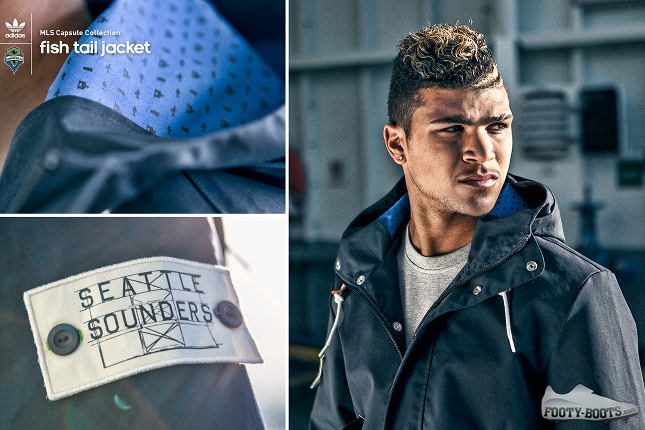 Seattle fans know they run the risk of a Washington downpour when they head to home games, making this jacket the ideal way of staying dry whilst still showing their pride in their team.

A city founded around it’s sea-port, this nautically-themed jacket is packed full of details like storm-flap pockets and leather stoppers that made this an instant favourite in the Footy-Boots office. 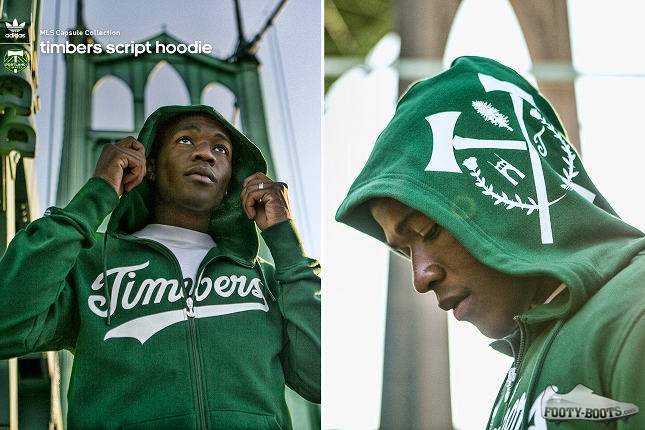 Portland might have only been in the current form of the MLS for two years, but the Timbers Army already have a reputation as being one of the most vocal in the country.

Residents of the Rose City are proud of their team, and having a logo emblazoned on the side of the hood on this zip-up shows that Timbers fans aren’t shy about who their team is.

Written By
Kyle Elliot
More from Kyle Elliot
Win a pair of tickets to an England home game by finding...
Read More