Mizuno are something of an enigma this side of the channel. A force to be reckoned with most everywhere on the continent (especially Spain and Italy), and wildly popular in their native Japan – I’ve often wondered why they haven’t been able to carve out a niche in the Premier League.

Step forward then, the Wave Shinken II – a football boot that combines the light-weight chassis of a ‘speed’ boot and sweet spot technology that’s not a million miles from the Predator or T90 Laser, mixed in with a few tricks from years of development. 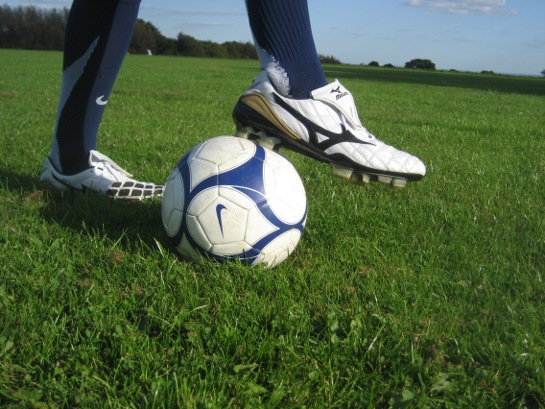 The Mizuno Wave Shinken II is a really unusual football boot in terms of fit. By rights, a boot with such a well crafted soleplate and K-leather upper should offer a great fit, but for some reason it just doesn’t seem to live up to expectations. Admittedly, there’s no chance this boot will give you blisters as the forefoot is so loose fitting but this was also something of a hindrance, as I just couldn’t seem to get the boot tight enough to give the glove-like fit I’d hoped it would offer. That said, slipping on another pair of socks did help somewhat, but did make the boot a too tight around the toes, suggesting that had the boots been a size bigger the problem would have been worse rather than better.

One thing the upper really has going for it is the stitching. I know a lot of people balked at the amount of thread going on – but it really does add to the comfort of the football boot. As you can see from the photos, it runs across the top of the boot and does a fantastic job of lining up with the key points where your toes bend, giving the feeling that the boot is really working with you, rather than having the elastic resistance of some synthetic-upper boots. Couple this with some of the softest leather I’ve ever played in, in the boot does go some way to compensate in comfort what it lacks in fit. 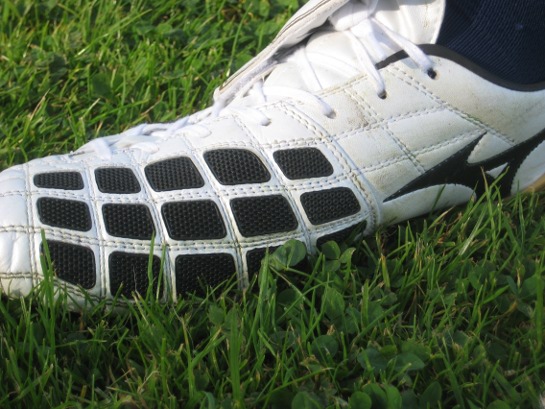 Credit to Mizuno though, the ‘Wave’ soleplate and heel counter are fantastic, it does a great job of locking your heel in place without being heavy – as part of the specification Mizuno have put gaps in most of the plastic to stop this part of the boot feeling weighty and cumbersome. This goes a long way to adding a sensation of speed, as you can rocket off your heels

The Wave Shinken II has a very light feel on your feet, its soft, thin K-leather is fantastic for comfort and touch but the boot does very little to protect your feet. Aside from the already mentioned ‘Wave’ system in the heel the boot offers no other safety features. While the boot has held up to the usual rigorous of a Footy Boots 2 week testing programme, I do have some reservations about the features, (like the heel counter and sole plate) coming away from the boot as time goes by – simply because they’re attached in a remarkably similar way to the Predators which, whilst they’ll serve you well for a season, will probably start to come loose after more than one heavy winter.

I’ve already mentioned how it feels on the ball – I love the thin, stitched K-leather which ensures no matter what position your foot’s in whilst running, you’re going to get a fantastic feel for what the ball’s doing; like playing in socks! Equally, the quilted upper and velcro-secured lace cover make first touches so pleasant that if it pings off your foot and into touch you can only blame yourself!

However, when it comes to kicking the ball; that loose fitting front end comes into play. Due to my forefoot moving around in the boot I found it somewhat tough to get a consistent contact with the ball. Maybe it’s from playing in much wider football boots recently, but when it came to really putting a foot through the ball and hammering it up the pitch; I just ended up getting frustrated at where the ball was going. 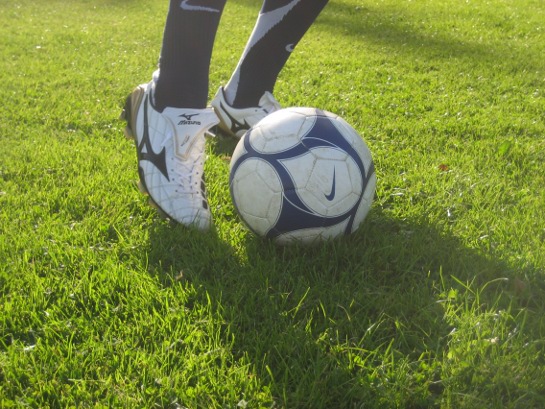 The FG sole-plate is once again, really well thought out. I had concerns over it’s unorthodox, asymmetrical design, but all the blades tied in with the ball and toes very creatively; with a special mention going to the ‘L’ shaped grouping supporting the ball of the foot, allowing for great traction when springing forward or sideways.

Mizuno seem to have set out to create a feature heavy boot, looking at them from the most obvious is the ‘Bio-panels’ on the front-instep. I instantly took a liking to these – mainly because they were arranged in a way which made me nostalgic for the adidas Predator Mania. As usual, I’m a bit skeptical of the influence these panels have over ‘power, swerve and control’ like they claim to – they’re very low profile and quite understated to the touch – more like the vamps on the Predator Pulse than the Mania. That said, they serve as a nice visual reminder for anyone wearing the boot where the best place on your foot is to hit a free kick or cross.

The Wave system in the heel fully compliments the carbon fibre shank that runs through the sole – which may surprise many as a carbon fibre soleplate is often the hallmark of more prestigious, expensive football boots and brands.

There are a couple of nice details that clearly demonstrate the boot was crafted with time and care; little touches like the way the tongue acts as ‘pouch’ that keeps unruly laces in check. It’s a great example of why players who seek something a little more tailor-made than mass-produced would love a pair of boots like the ones Mizuno are turning out. 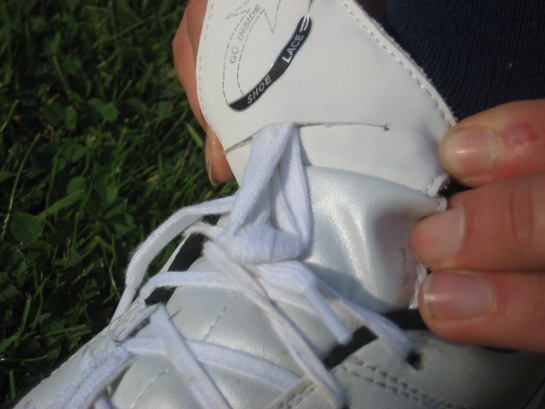 The Wave Shinken II’s are a boot that, on paper, any player who is willing to look past the brand that produces them would love; and as such I desperately want to like them. But after playing in them for two weeks I was frustrated with that overly roomy front end (which could be down to my stubbornness as I just don’t like wearing 2 pairs of socks!).

However, I can see this football boot being a great investment for a few types of player. If you’ve been let down by other ‘speed boots’ you could really find a match in Mizuno: If you find that the Vapor or v1.08’s are too narrow for your feet I can almost guarantee you won’t have the same problem here.

Likewise, if you are aching for that ‘true’ touch on a pair of super light cleats (weighing in at a mere 250g per boot) that only comes with a leather upper then you will love putting these boots on a savouring every run, combining a soft touch with blistering speed. 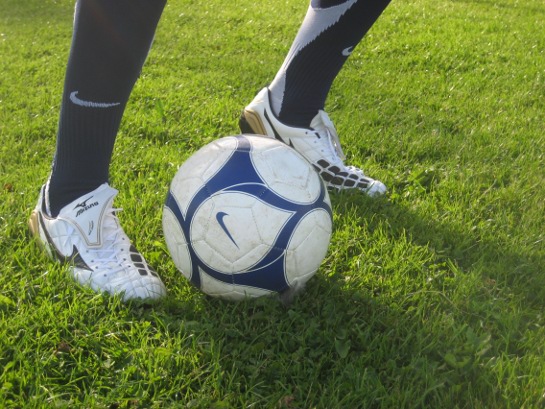 You’ll also have noticed a fair few Predator comparisons in this review, and they’re not just aesthetic. If you’re looking for a lighter, thinner more unorthodox alternative to adidas’ finest -'  you could indeed find a new favourite in the Wave Shinken II football boots.

Since publishing this post, Footy Boots has been contacted by Mizuno who, in response to one of Kyle’s concerns, gave us the following statement:

The way we connect the outsole / heel counter to the upper (bonding) is different to many of our competitors, we use a much stronger bonding agent and leave the boot on the last for longer.

This has several implications, firstly the boot takes longer to make and its a more expensive process but the result is a fit that is much closer to the last along with a better build quality.

We are very proud of the fact that since 2006 when the Shinken was launched we have recieved no returns for the outsole detaching from the upper prematurely.