Few football boots have enjoyed as meteoric a rise to the top as the Mizuno Wave Ignitus – arriving in 2010 and taking the World Cup by storm, the Wave Ignitus’ promise of ‘No-Spin’ Mukaiten shots arrived at the start of the start of set-piece experts wanting to add crafty knuckle-ball free-kicks to their dead-ball arsenal and really captured the imagination or a lot of players, giving Mizuno a level of exposure they hadn’t had in about a decade.

Four years on, and the Wave Ignitus is now in it’s third incarnation and it’s back with more features than ever – which for a boot that packed in so much anyway, that’s really saying something.

First let’s talk about the design – a big departure from the last two models, the Mizuno Wave Ignitus III is the first statement-level Ignitus to use a synthetic leather upper. In the same way adidas began using a synthetic leather to give them more flexibility when placing the Predator elements on the Lethal Zones, Mizuno bringing in their PrimeSkin synthetic also affords them more freedom to beef up the arsenal of the Wave Ignitus.

At the heart of the boot, the unique Mukaiten panel retains it’s place high on the instep – for those not familiar, this pad distributes the force of the strike across the surface of the ball for that unpredictable flight path that comes with a shot ‘shunted’ with the instep, rather than whipped for spin.

But according to Mizuno, Japanese set-piece maestro Keisuke Honda challenged their designers to enhance other styles of free-kick in the same way they had with the Mukaiten. The result is two new contact zones; Tatekaiten and Yokokaiten. 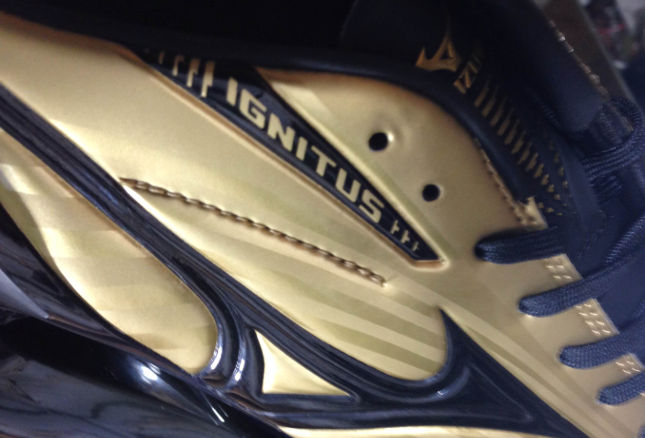 Tatekaiten is top-spin – and for that, Mizuno have amped up the bio-panels of the last two models and created an aggressive, fin-shaped technical panel across the top and medial side of the vamp, designed to increase spin to bring the ball back down the other side of the wall for the sort of strikes that keepers hate.

Even more aggressive are the Yokokaiten panels higher up the instep; these strike zones are massively raised from the upper of the boot compared to the other two, and are designed to give that classic side-spin on the ball that characterises a Beckham or Roberto Carlos-style bend on the ball.

Combine that with the side-offset lacing, and the Mizuno Wave Ignitus III is a striker’s dream; but the heavy-duty heel counter and lightweight, carbon fibre soleplate make them more than just a one-trick pony. 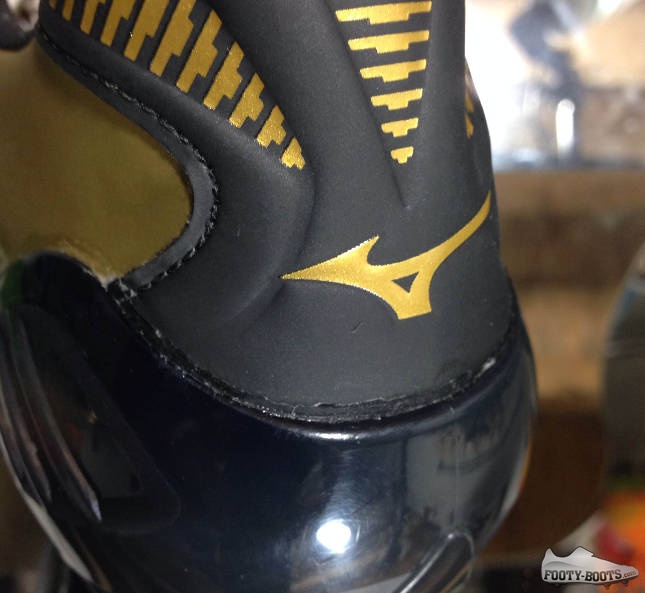 The aggressive stud system has been revamped to reduce stud pressure and boost traction on the turf, and the lateral bridge offers more stability than it’s predecessor, whilst still retaining the Wave heel system.

Mizuno’s choice of leathers has always been second-to-none, and the previous Wave Ignitus models have taken full advantage of that – but as mentioned before the Mizuno Wave Ignitus III will be the first ‘statement’ boot in the series to use a synthetic upper.

Whilst this trims the weight of the boot to a svelte 230g, it’s certainly something that could divide the Ignitus’ fanbase. Whilst many will undoubtedly love the ‘ping’ that comes with striking in a synthetic boot, there will be some who will lament the lack of a natural leather.

On first impression the Primeskin used is thicker and closer to feeling like a leather than the other Mizuno boot to use Primeskin in it’s upper, the Basara, certainly giving the boot a more padded feel.

How that will translate onto the ball, we’re not entirely sure yet – it could well be the heir apparent to something like the T90 Laser – a boot which used aggressive shot-shields and synthetic to great effect.