After an eye-catching new paint job to mark their debut in the US earlier this month, Mizuno have done something very uncharacteristic and landed another fresh new colourway for the Wave Ignitus III within a month: the Mizuno Wave Ignitus III – Orange / Red / Black.

After a teaser on Twitter and Facebook yesterday that CSKA Moscow’s Keisuke Honda would be wearing something exciting on his feet for their Champions League clash with Bayern Munich, we were pleasantly surprised to see they weren’t the Blue/Orange version we saw earlier in the month. 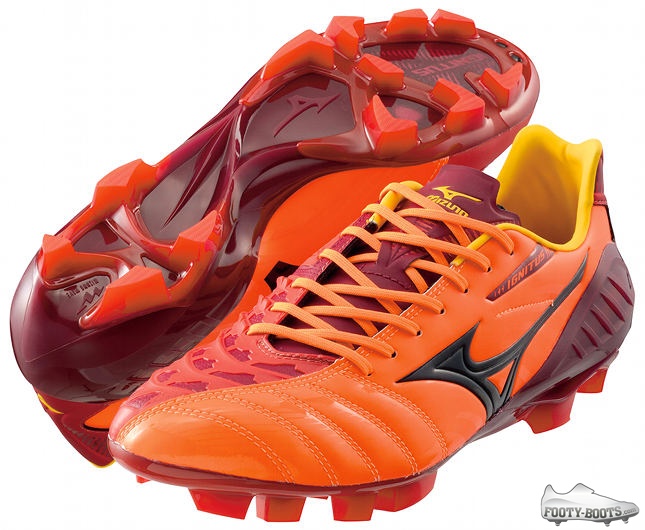 Instead, we were treated to this Orange / Red / Black' version. Contrasting vibrantly to the green of the Moscow turf and the snow that dotted the night sky, Honda’s Mizuno Wave Ignitus' looked a ‘proper Winter Warmer’ as we’d say in the North of England.

Normally we love a dark, lethal-looking, power-focused boot, but in Mizuno’s case we love to see them pushing the boat out and getting their footwear the exposure it deserves.

In case this is your first encounter with the Wave Ignitus III, here’s the key features:

PrimeSkin Upper – Inspired by Kangaroo leather, this material has allowed Mizuno’s design team to up the ante with the tech on the boot whilst improving durability.

Tatekaiten – Top-spin from the toe area to create dip to get set-pieces back down over the wall.

Yokokaiten – Side-spin from closer to the instep allows for improved spin on the ball, for improved control to get the ball spinning laterally. 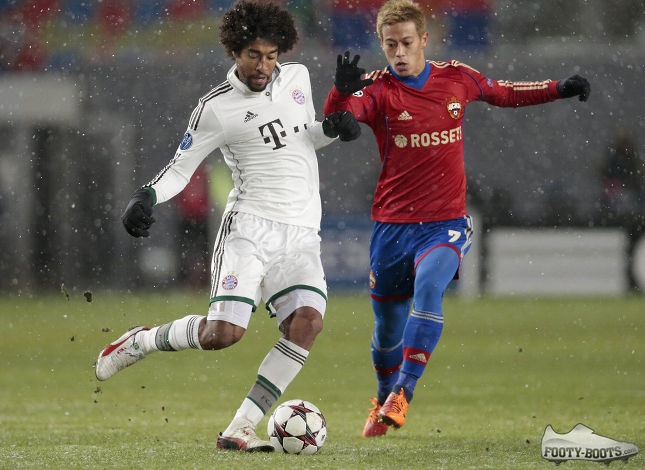 Whilst his team eventually went down 3-1 to the German powerhouse, Honda at least looked pretty good in defeat.

Set for an expected December launch, will you be picking up a pair when they hit store shelves?