We love an unusual boot-spot, and so do plenty of you guys by the looks of things! We’ve had a whole host of emails, Facebook and Twitter messages surrounding Southampton Defender Maya Yoshida’s Mizuno Wave Ignitus II – Red / Black / White – so we thought we’d take a closer look! 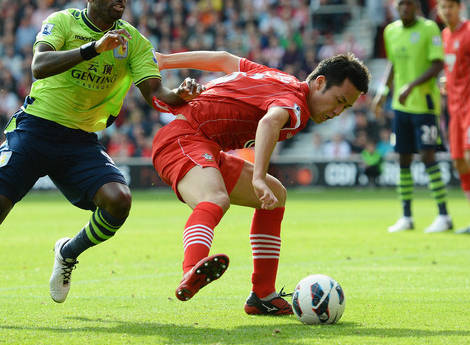 Standing out due to their great match for the Southampton home kit, Yoshida’s Mizuno Wave Ignitus II – Red / Black / White are certainly a fearsome-looking pair of football boots in their own right, and well worth inspection.

Mizuno’s message behind the Mizuno Wave Ignitus II has always been one power, danger and the unexpected – thanks to the inclusion of the deadly ‘no-spin’ Mukaiten panel on the instep – and what better colourway to represent such values than a lethal Red and Black?

The all-red K-leather perfectly shows off just how much of this technically-advanced boot boasts the comfort and touch of natural leather, with Mizuno well-known for their quality and craftsmanship when it comes to leather boots. 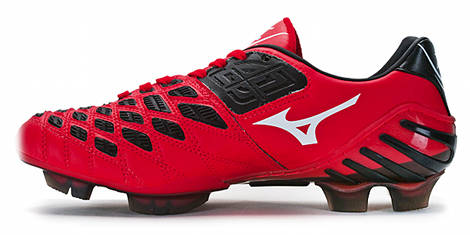 One of the more distinguishing features of the Wave Ignitus range has always been the Bio-Panels across the forefoot and instep. Working in a similar manner to the vamps on classic Predators, the increased friction and rebound provided by these panels helps control spin and swerve when not using the Mukaiten panel. 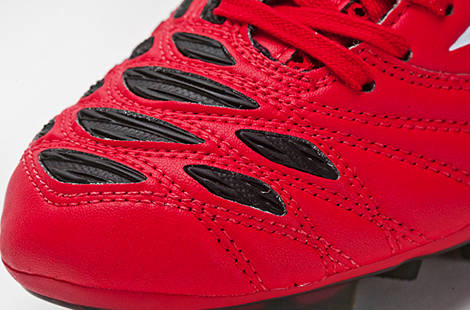 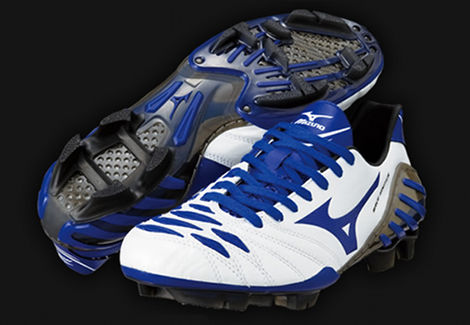 But it looks like Mizuno have a few tricks left up their sleeve, as Yoshida played out Southampton’s impressive 3-1 over QPR in a new White/Blue/Black colourway.

Mizuno say they have no plans to release the Red colourway any time soon outside of the Far East, but the White/Blue/Black are available from selected retailers now (and we’ll have a proper look at those, soon!)

MIZUNO WAVE IGNITUS II – RED / BLACK / WHITE, 8.8 out of 10 based on 31 ratings https://www.footy-boots.com/wp-content/uploads/2012/11/mizuno-wave-ignitus-ii-red-black-white-featured.jpg