Mizuno’s Wave Ignitus was one of the breakout football boots of the 2010 World Cup. Whilst limited in exposure, the concept of a football boot designed around specific styles of free-kick caused the boots to be a sell-out success and sparked a generation of players heading out onto their local pitches to master the ‘Mukaiten’ free-kick.

Four years later, the Mizuno Wave Ignitus has propelled Mizuno to a new level of success in the football marketplace, giving them a platform to innovate like never before.

Epitomising that is the Mizuno Wave Ignitus 3 – Morpho Purple. 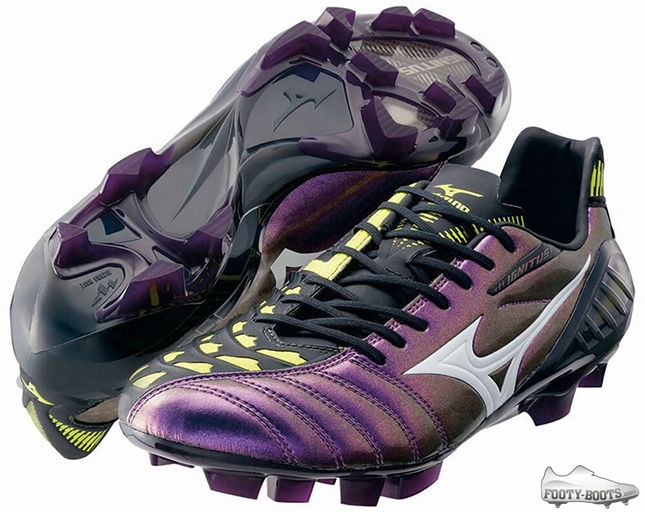 Following on from the Morpho Blue Morelia II, Mizuno are continuing their ‘Morpho’ colourway concept to the Wave Ignitus, this time in Purple.

Distinguished by pearlescent, shifting colours inspired by the wings of a Morpho butterfly, the Mizuno Wave Ignitus 3 – Morpho Purple is mainly purple, but depending on the light has flashes of green, gold and more running through it. 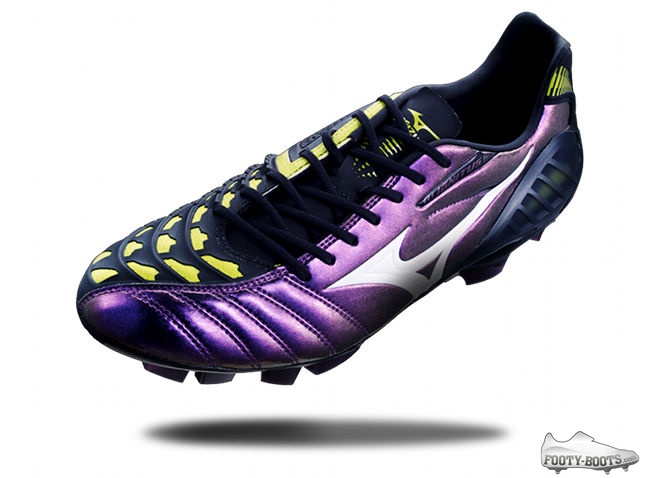 We’re a particularly big fan of the way this PrimeSkin synthetic upper contrasts against the bright Yellow Mizuno have picked out the ‘backing’ of the shooting elements in; a colour that also transitions into the heel.

Speaking of those shooting panels, following on from the success of the Mukaiten panel on the first two Wave Ignitus models, the Mizuno Wave Ignitus 3 adds a few new weapons to its arsenal. 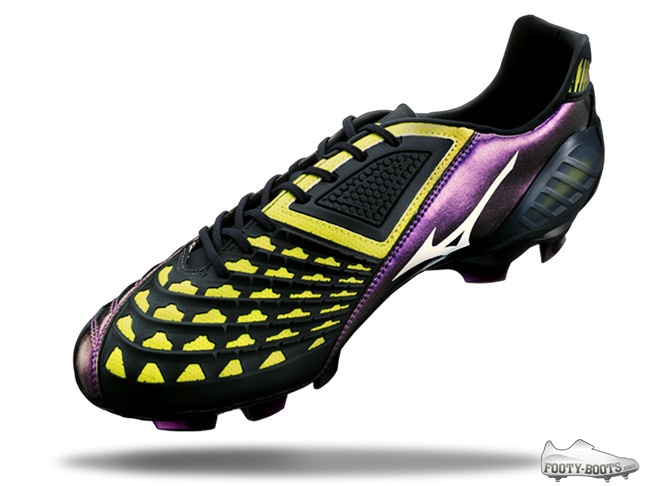 That huge, fin-covered medial vamp you see is designed for a more aggressive contact on the ball than previous generations, allowing players to put 17% more spin on the ball.

This results in two deadly new kicking techniques; Tatekaiten and Yokokiaten, both governed by the new stikezone.

Tatekaiten is top-spin: the aggressive friction on contact allows players to get better purchase on the ball as it leaves the foot to create dip to get set-pieces back down over the wall. 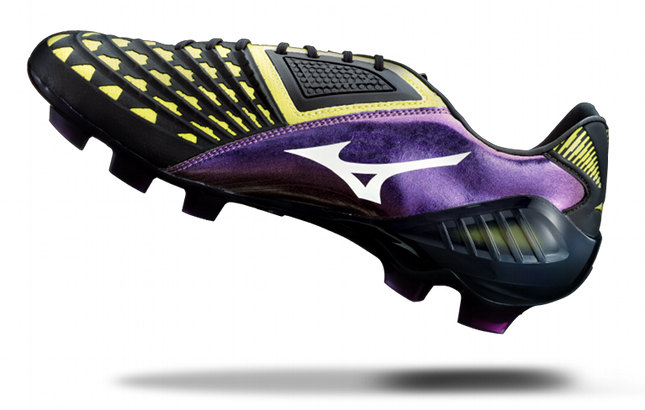 Yokokaiten is side-spin: whether from open play, a corner or a free kick, side spin allows improved spin on the ball, for improved control to get the ball spinning laterally.

And whilst the Mukaiten panel's placement moves little, it has been revamped and made larger for greater efficiency and power, it still remains a big focus in the Mizuno Wave Ignitus III's design in a time where €knuckle-ball' free-kicks are only getting more popular. 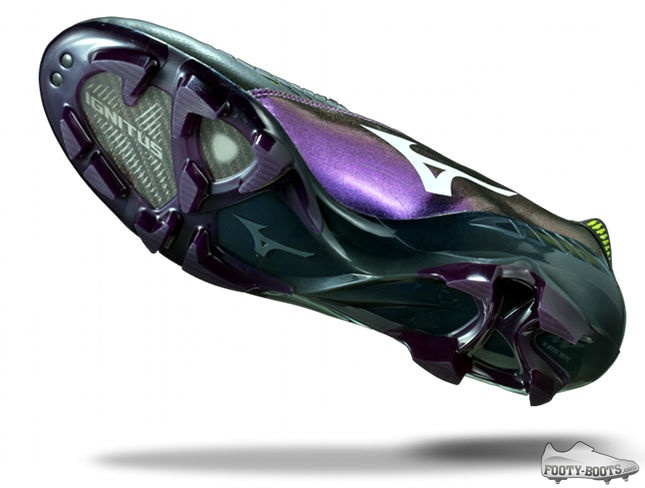 Traction is retained in terms of stud shape and layout, along with the triple-density ‘Wave’ heel counter and stabilisation system.

With pitches full of visually-exciting boots, we reckon Mizuno have done just enough to stand out with the Mizuno Wave Ignitus 3 – Morpho Purple.

Recently launched in Japan, expect to see this colourway on shelves in Europe and the US by the start of the World Cup. [bootratings]