In a fortnight packed with classic releases donning new white colourways, we thought it only fitting to feature one of our all-time favourite heritage releases and it’s clean new look.

Die hard Mizuno fans will know the Mizuno Morelia – White / Navy / Orange was announced back in August, but has only just reached store shelves around the world at the start of this month. 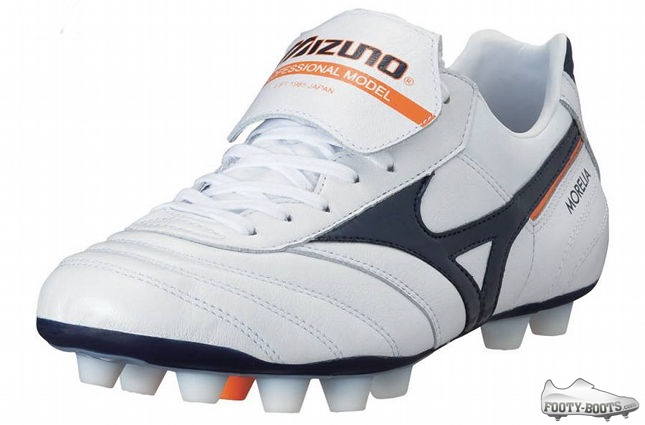 Featuring the same Blue / Autumn Glory (Orange to you and me) combo as it’s lighter brother, the classic Morelia opts not to go down the bright orange upper route and keeps it appropriately understated in white.

Designed around the needs of Brazilian footballers in the late 70′s/early 80′s, the Morelia shot to fame in South America for it’s revolutionary features.

Whilst many boots in Europe were still on the heavy side, Japan-based Mizuno stripped back the upper to leave only a thin layer of kangaroo leather between foot and ball, and adopted a super-flexible soleplate to adapt to the fleet-footed Brazilian style of play.

Today’s Morelia is much the same beast, with a focus on player touch and comfort that has seen the boot endure two decades.

Light on the foot, K-Leather is still the focus of the Morelia’s construction. Whilst other brands are phasing it out of their line-up, Mizuno still deloy this natural leather at the heart of the Morelia design. 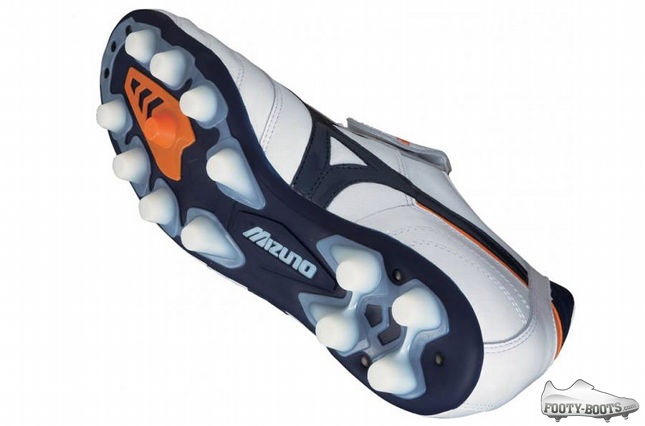 And whilst you can scarcely pick up a Mizuno running shoe that doesn’t use their ‘Wave’ chassis, the Morelia is all about a 13-stud conical outsole.

Built to be at home on most surfaces, this soleplate is durable and flexible striking a great balance between supporting the foot in the arch and heel, whilst being flexible enough to adapt to the movements of players feet.

Written By
Kyle Elliot
More from Kyle Elliot
Cesc Fabregas gets his first signature boot in the form of this...
Read More