After a veritable technicolour of recent colour updates, the Mizuno Morelia Neo goes back to something a little more simplistic on it’s latest White / Black / Blue update.

Whilst the Red and Autumn Glory' editions of the Morelia Neo were certainly visually impressive updates, the latest colourway to roll out of Japan is probably our favourite of the Neo’s released in the last few months. 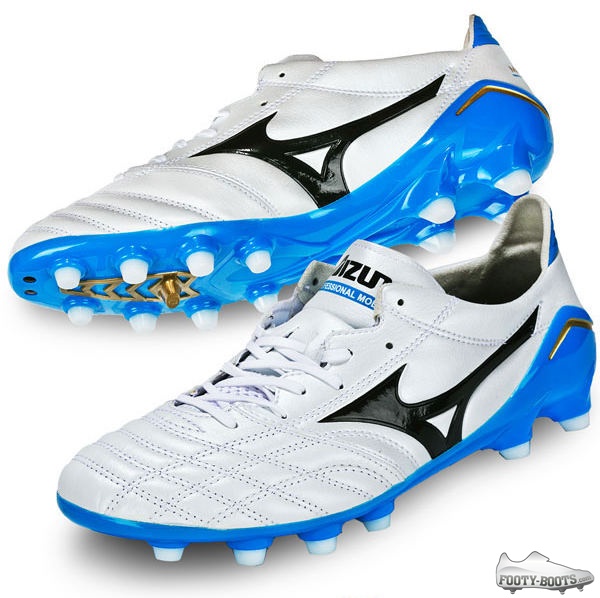 A classic ' white upper is topped off with black Mizuno branding on the latest Morelia Neo – but it’s the bright blue soleplate that steals the show! Offering a nice compromise between classic looks and the ‘pop’ that modern boots strive for, this is a colourway that epitomises the ethos behind the Morelia Neo.

The lightest K-Leather football boot ever produced by Mizuno, the Neo aims to bring everything that makes the original Morelia such a favourite with many players and combine it with lightweight speed to keep up with the modern game. 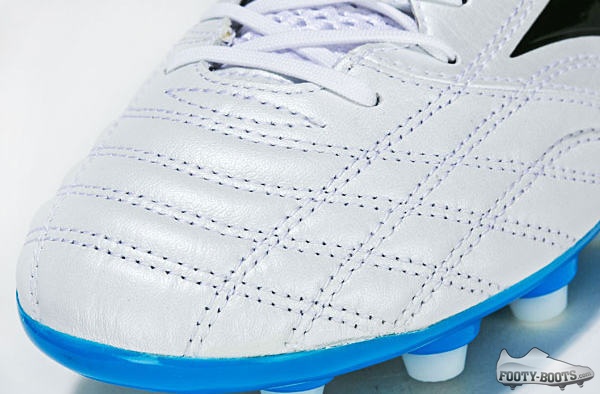 As many other brands phase-out K-Leather, Mizuno still seem to pride it as one of their core values, and using it on a boot that weighs just 180g is a definite winner for us.

In fact, when we tested the boot, we found it to be one of the absolute benchmarks on the market today, and well worth a look for players who want the weight of a speed boot and the touch of a heritage classic.

Available now from £120, will you be picking a pair of the White / Black / Blue Morelia Neo’s for the new season?

MIZUNO MORELIA NEO GETS FRESH WHITE / BLACK / BLUE UPDATE, 9.2 out of 10 based on 32 ratings https://www.footy-boots.com/wp-content/uploads/2013/07/mizuno-morelia-neo-white-black-blue.jpg