As we’ve said before, Mizuno aren’t a company that hash out new colourways every couple of weeks; preferring instead to take their time over every release, and let every colourway enjoy a good chunk of time in the spotlight.

And the latest boot from Japan to have it’s time centre-stage is the eye-catching Mizuno Morelia Neo – Red / Blue / White. 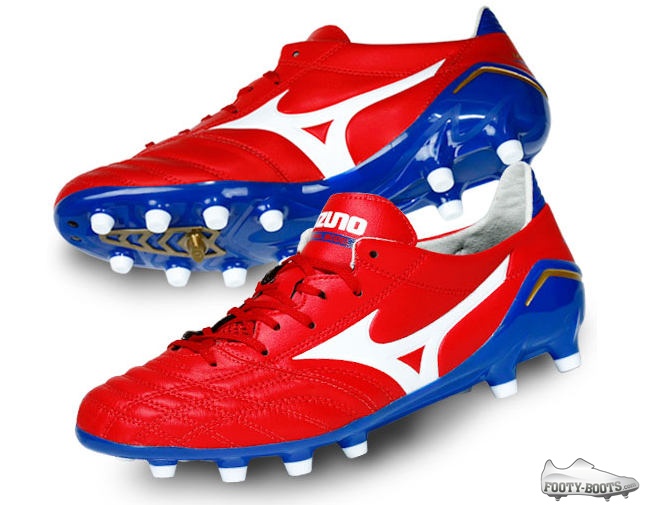 The' Morelia Neo' has certainly been no stranger to bold and beautiful colourways since it’s launch. Whilst the debut colourways were a pair of classic white and black options, we’ve since seen green, purple and yellow Neo’s.

The latest Red / Blue / White' might not be as extreme as the last few colourways, but it’s certainly no less of a head-turner, carrying on Mizuno’s philosophy of classic styling with modern colours that stand out on the pitch. 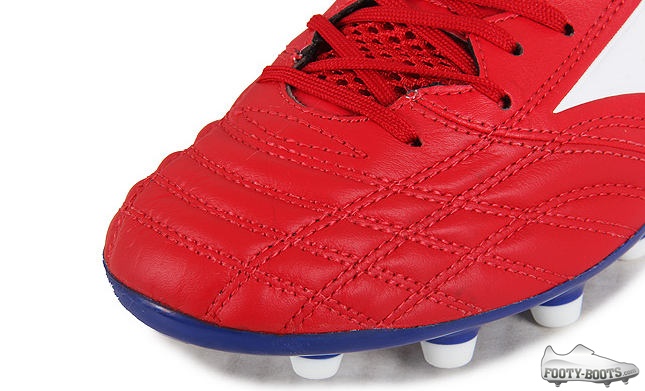 Weighing in at just 170g, the Mizuno Morelia Neo' is an exciting prospect for many players – combining the low-profile, low-weight of a speed boot, with the touch and control of a heritage release.

Given their history and expertise in K-Leather, it’s no surprise to see Mizuno emply the material on the Neo, making it one of the lightest K-Leather cleats on the market. 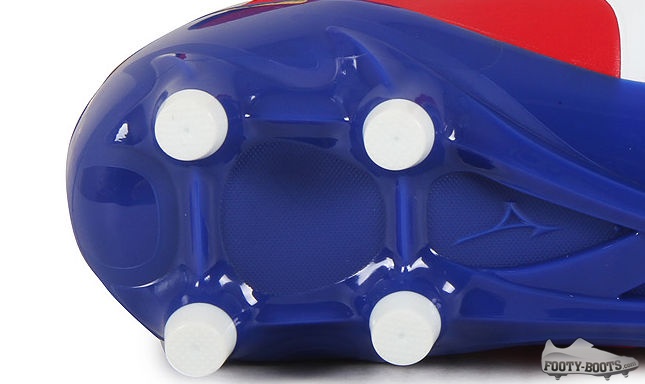 As with any speed boot worth it’s salt, the Mizuno Morelia Neo' – Red / Blue / White.' also owes a lot to it’s soleplate.

Constructed from Pebax, the chassis of the Neo is lightweight and flexible, with Mizuno cleverly mimicking some of the key design aspects of the original Morelia in the stud layout.

Lee Guen-Ho of Sangju Sangmu Phoenix' was one of the South Korean players selected to wear the new Neo as the Tigers took on Qatar in a World Cup Qualifier. Guen-Ho duely gave the Red Neo’s a scoring debut, too, notching South Korea’s first goal of the game – likely' buoyed' by how well his boots matched his kit! 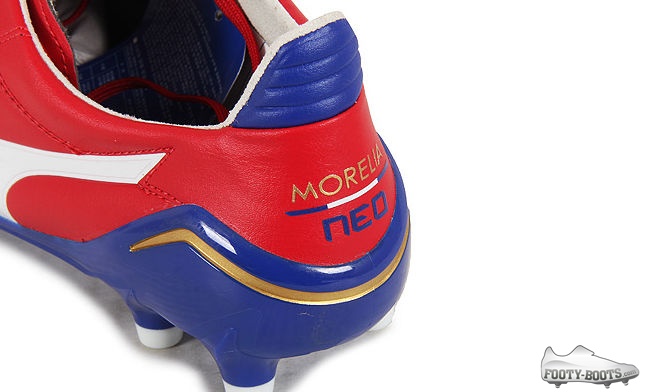 Available in Korea and the rest of Asia now, we can confirm that the Mizuno Morelia Neo' – Red / Blue / White' will be making it’s way over to Europe soon.

However, they are set to be part of the ‘Made in Japan’ series of boots and will be available in very limited numbers.

So, keep an eye out for them arriving in very specialist retailers soon, because once they’re gone – they’re gone!

Will you be picking up a pair?

Written By
Kyle Elliot
More from Kyle Elliot
Under Armour are back in the boot market! See what the new...
Read More