Liverpool’s Serbian star Lazar Markovic took to Twitter recently to show off a brand-new colourway for the Mizuno Morelia Neo – and it’s quite the looker, if we do say so ourselves!

Always a brand to make the most of a single-colour boot, the Mizuno Morelia Neo has scarcely looked better than on this Red / Black / White colourway.

Markovic said ‘Thanks mizzuno [sic]’ in a message on his social media accounts showing off his new football boots. 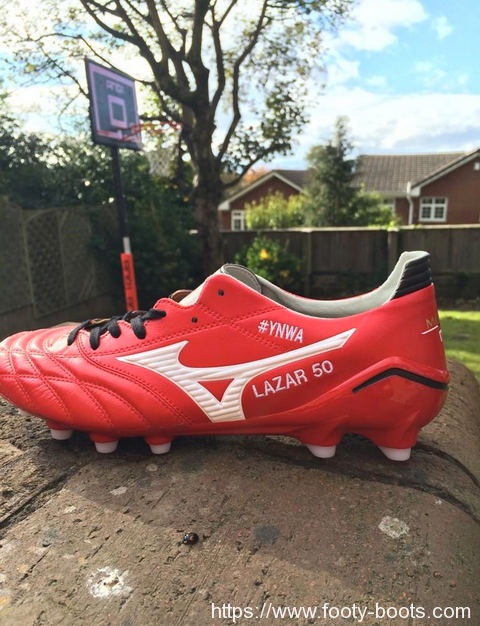 Markovic actually posted the Mizuno Morelia Neo – Red/Black up last weekend – and even gave them a debut against Swansea – however, we were awaiting confirmation this will indeed be a general release colourway, rather than a custom one to match Markovic’s Liverpool and Serbia home kits.

Now that Mizuno have indeed revealed these will go on sale later this month, the new Red Mizuno Morelia Neo are a release for a lot of players to look forward to.

The block red colouring on the upper and soleplate give the boots an eye-catching look, whilst the classic black and white detailing will make them a great match for plenty of kits.

Mizuno will be hoping this red-hot new colourway will fire Markovic into the starting eleven at Anfield, with the Reds looking a little short of creativity so far this season.

With limited endorsees in the Premier League, Markovic’s new football boots could well provide some vital exposure for the Japanese brand as they prepare new colourways for all their current models ahead of the Holiday season.

Thoughts on this colourway?