As we predicted in last week’s article on Mizuno’s Summer 2012 line-up, the Japanese brand had one more trick up their sleeve with the reveal of this stunning Mizuno Morelia Neo – Purple / Yellow. 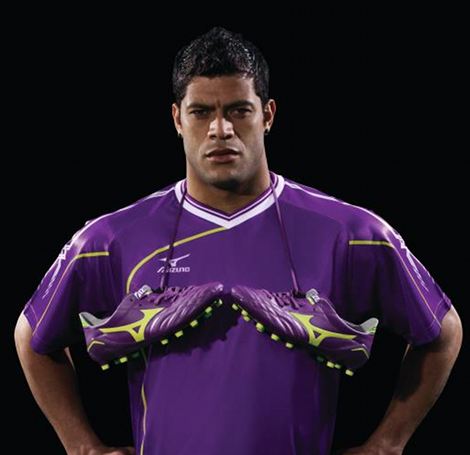 Set to become the signature colourway of Brazilian striker Hulk, expect to see plenty of this striking colourway in Mizuno’s advertising over the next few months.

Following on from the launch colourway, we’ve got to say we’re a fan of Mizuno’s strategy for colours on the Mizuno Morelia Neo; of the four  released two have been subtle ‘classics’, whilst two have been super-bold choices for the more extravagant player.

Weighing in at 170g per boot, the Mizuno Morelia Neo – Purple / Yellow is the lightest K-Leather football boots Mizuno have ever produced. Using a combination of a Kangaroo leather upper and Pebax outsole, the Morelia Neo has sparked a definite interest amongst boot fans the world over, and with a £150 price-point, they’re not too expensive, either.

But the real question is – what do you think of them?

Let us know with the boot-o-meter and comments below!

Thanks to DDChile for posting up on our Facebook page!