After revealing their special edition Morelia Neo last month, Mizuno are back again with another colour update for their lightest-ever K-Leather football boots.

This time, the Japanese-based brand have deployed the innovative marketing tactic of handing over the boots to some of their biggest stars, and letting us in on the moments when these pro’s see their new football boots. 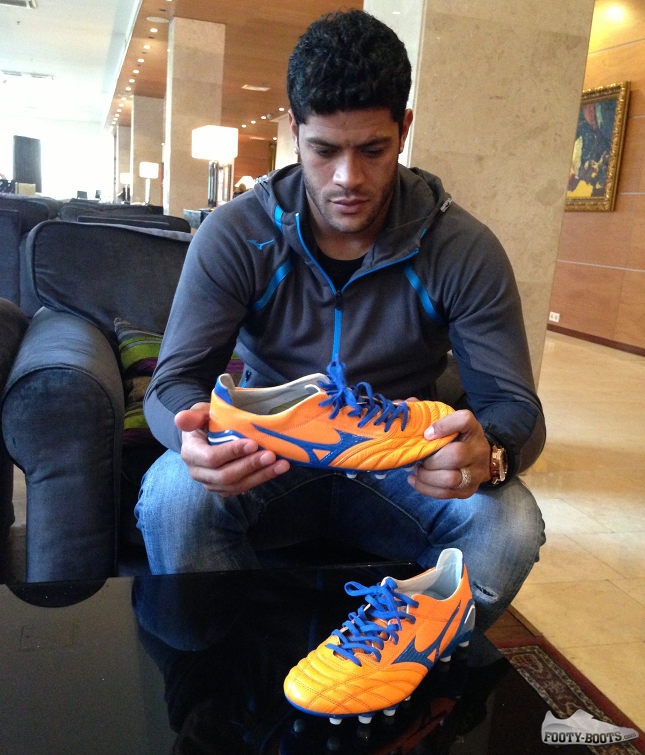 Big props to our friends at Mizuno, as these images are certainly memorable, with both Jonas and Diego Alves looking delighted with their new footwear, and Hulk remaining his usual, stoic self.

Over the course of it’s life so far, the Mizuno Morelia Neo has seen a mixture of classic colourways and wild looks, with these Autumn Glory / White / Diva Blue editions certainly on the more daring end of the scale. 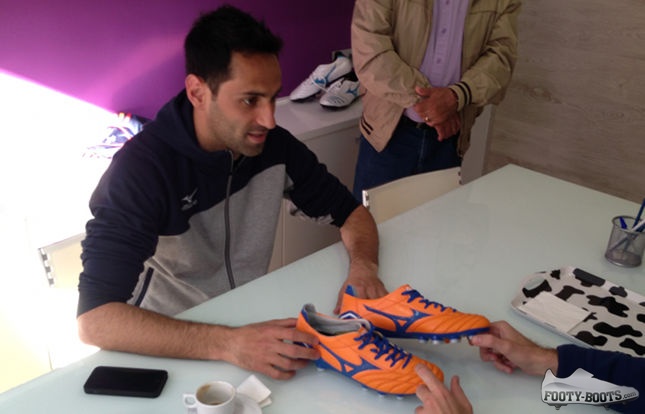 The bold orange (we’re going to stick with that, rather than Autumn Glory / White / Diva Blue!) is definitely a great compliment to the blue, making for a striking combo that we think will look great on the pitch.

Couple that with the fact that the Morelia Neo is such a standout performer (as detailed in our review), we think this edition of Mizuno’s flagship boot is set to be a fan favourite. 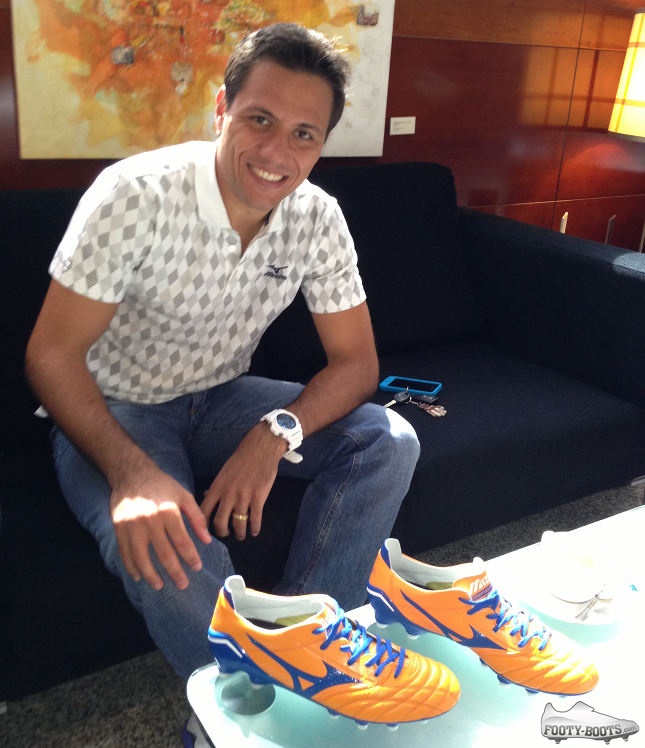 We don’t think it’s any co-incidence, either, that all three Mizuno stars being presented with this colourway happen to be Brazilian.

With the 2013 FIFA Confederations Cup set to debut a whole host of new boots from brands around the world, we admire Mizuno’s strategy of getting their cleats onto the feet of some of the host nation’s stars. 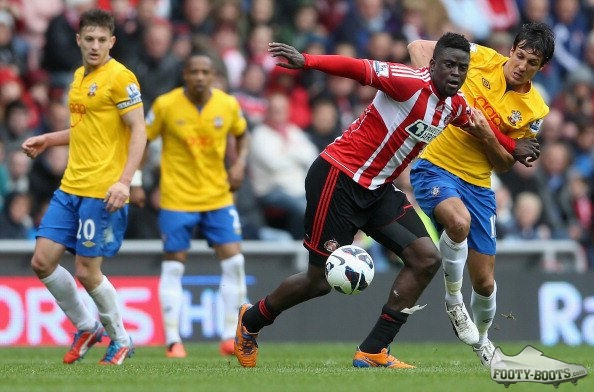 Of course, far, far, away from the sunny beaches of Brazil, you could see the Mizuno Morelia Neo in Orange getting their debut in the Premier League last weekend.

Sharp-eyed boot-spotters will have clocked the new release on the feet of Sunderland’s Alfred N’diaye in the Black Cat’s clash with Southampton – giving them something of an early competitive debut.

Thoughts on the new Morelia Neo colourway? Or will you wait to see up-close photos before you judge?

MIZUNO STARS RECEIVE MORELIA NEO IN ORANGE COLOURWAY, 8.5 out of 10 based on 27 ratings https://www.footy-boots.com/wp-content/uploads/2013/05/mizuno-morelia-neo-orange.jpg

Written By
Kyle Elliot
More from Kyle Elliot
Get the full details and tell us what you reckon to these...
Read More