It’s no secret that we love the Mizuno Morelia here at Footy-Boots.com. A true classic, the Morelia is old-school cool built around a great concept and packaged in top-shelf materials by true craftsmen. So, how would an update that strips the boot down to the bare essentials fare?

We find out as we lace up the Mizuno Morelia Neo… 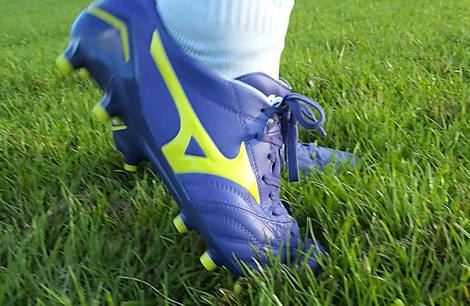 As you’d expect from a boot that bares the Morelia name, the Mizuno Morelia Neo places player comfort high on it’s list of priorities. The forefoot’s thin, extensively-stitched K-leather gives a roomy feel to a very narrow looking boot, which is a compromise that many players will love.

The microfibre synthetic in the midfoot is supportive without feeling stiff or unnatural and, straight out of the box, the TPU outsole is flexible in the toes and firmer in the midfoot and heel, giving the whole boot a really glove-like feel.

The one mark against the Morelia Neo in this department is – in the process of shaving off the grammes – Mizuno have made the boot a little stiffer than the original Morelia, with a higher heel counter and re-enforced soleplate. 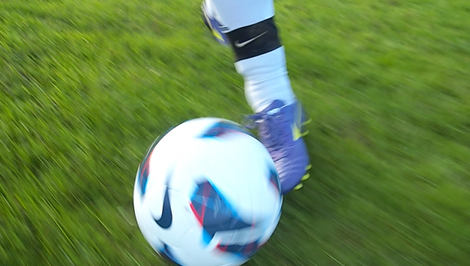 As mentioned in the ‘Comfort/Fit’ category, the Mizuno Morelia Neo really sets a new gold standard in the forefoot department. That narrow, blade-like forefoot never feels clunky or too rounded, allowing firm, decisive contact with the ball when using the inside or outside of the foot.

As for control on the ball, the almost quilted stitching on the forefoot traps ‘pockets’ of the leather across the vamp, giving a cushioned feel on the ball that is one of this boots best features. 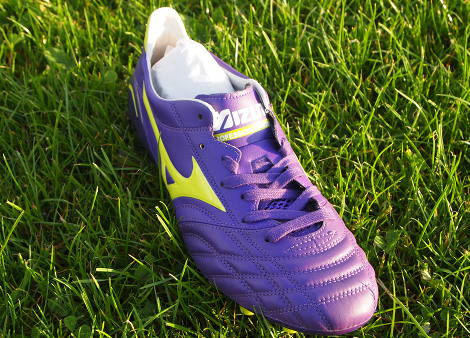 The Neo brings across all the hallmarks of the classic Morelia – Mizuno logos on each flank, branding on the tongue, ‘wave’ lace eyelets’ – and moulds them into something new and refreshing.

Built for speed, the Morelia Neo rejuvenates the Morelia name with a low-profile silhouette and sleek, swooping design cues that evoke Japanese calligraphy (just look at the soleplate!) – it looks every bit like a boot that was launched in the 2010’s, but never forgets it’s decades-old roots. 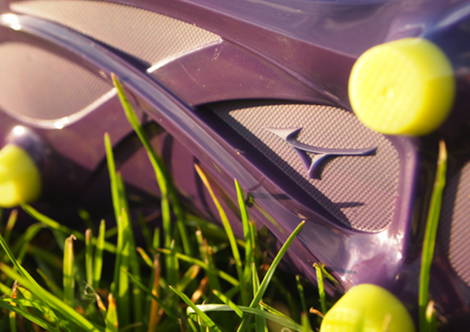 Mizuno are always keen to make sure that the phrase ‘washable k-leather’ is never left off the Mizuno Morelia Neo‘s tech-sheet, and with good reason; after months of wear, our Neo’s have lost non of their magnificent purple lustre, as they’re all-but wipe-clean.

A downside is that one of the qualities that makes the Morelia Neo such a high-scoring boot in the touch and feel department, is also one of the reasons it’s hard to look after: the stitching.

Absolutely covered in intricate lines and patterns, the stitching is the source of the Morelia Neo‘s character, but it also begins to fray and wear – so do yourself a favour, don’t try and use the Morelia on astroturf. 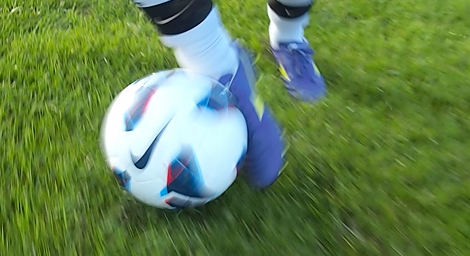 We don’t want to retread everything we said in the touch and feel department, so we’ll just jump in to the ‘bad’ stuff – the Morelia Neo suffers from one of the same traits as another modern-classic boot, the Tiempo Legend IV Elite.

Somewhere between the new, stiffer chassis and buttery soft upper, the boot loses some of the satisfying contact with the ball you might get with other boots. Whether it’s the central lacing, quilted upper or something else, we can’t put our finger on, but striking ‘with the laces’ isn’t one of the Neo’s strong points.

That said, if your game is all about close ball-control, flat-out speed or whipping in set-pieces with the instep, you won’t miss that functionality one bit, as the Neo is a stand-out performer in just about every other aspect. 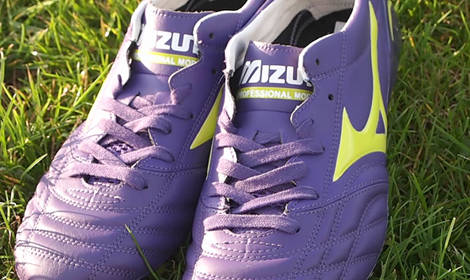 Not much to say in this department – at £149.99, the Mizuno Morelia Neo is bang-on the average price for a pair of boots in the current market.

However, you are getting a 170g, K-Leather boot that trims the fat for a pure, gimmick-free performance cleat for your money, which is something that will appeal to a good portion of the market. It’s just a shame there’s no SG version at present. 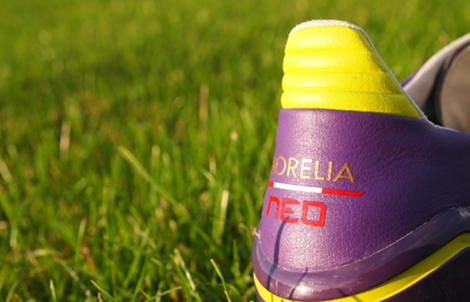 Some manufacturers have treated the trend of lightweight boots as an excuse to skimp on the details and cut corners, but on the Morelia Neo, Mizuno have reached a near-perfect compromise of old and new.

Marrying the classic materials and design principals of the original Morelia with modern styling and market-leading synthetics, Mizuno have created a boot that will appeal to fleet-footed strikers, pacey wingers and buccaneering full backs that doesn’t fly in the face of what traditionalists have come to love.

At a market-average price and free from gimmicks (but still at just 170g) the Mizuno Morelia Neo is the benchmark by which all other modern releases should be judged.

Written By
Kyle Elliot
More from Kyle Elliot
We get our mitts on the all-new Nike Mercurial Superfly CR7 Silverware...
Read More