It’s a great part of boot lore that, despite being oceans apart, the Japanese brand Mizuno’s greatest feats in football boots have always had their roots in South America.

And whilst ‘Morelia’ might be a city in Mexico, the boot itself was designed for Brazilian feet, mimicking the barefoot feel so highly-desired by players who grew up without wearing boots.

After over two decades of being popularised by Brazilian players, then, it only seems right that Mizuno would honour the country as they prepare to host football’s biggest party this summer with a Brazil themed colourway for their lightest boots to date. 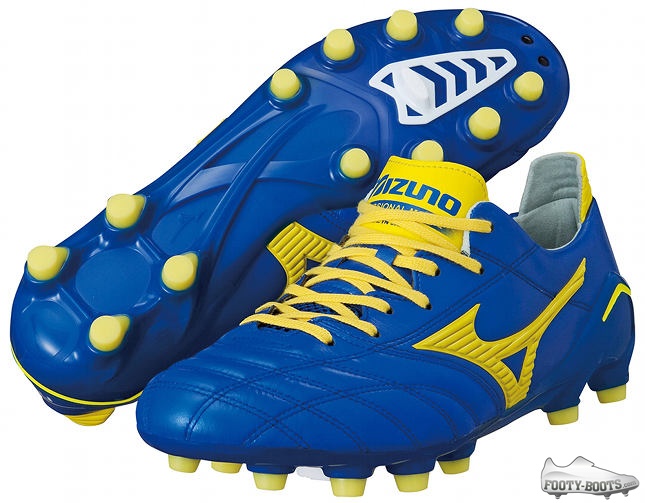 Decked out in Blue / Yellow, these Mizuno Morelia Neos take the iconic colours of the national team’s ‘Canarinho’ yellow home shirt and blue shorts to great effect, creating a colourway that suits the Neo from stud to tongue.

The famously-soft Morelia Neo leather upper an mictofibre heel sections are picked out in blue, whilst the tongue, studs and branding carry the yellow.

At just 180g, the Mizuno Moreilia Neo is the Japanese brand’s lightest-ever leather boot. The Neo takes much of the styling of the original Morelia, such as the branding on the tongue, ‘Running Bird’ logo on the flanks and the soleplate.

But in order to achieve that incredible weight-point, the Neo is stripped back and sped up, with a lower-profile silhouette and unique construction to shave the grammes off each shoe. 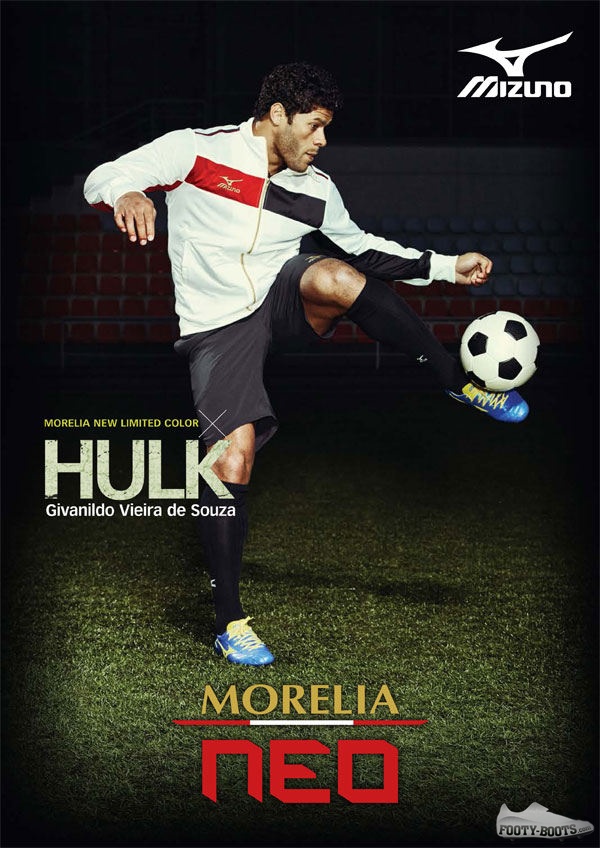 As you’d expect, powerful Brazil forward Hulk takes centre stage in wearing the boots, which will undoubtedly look the business on pitches this summer.

The Zenit St Petersburg striker already gave the colourway a scoring debut, hammering in a free-kick from considerable distance against Krasnodar to put Zenit at the top of the pile last week.

On shores closer to home, Tottenham Hotspur defender Kyle Naughton also gave the Mizuno Morelia Neo – Blue / Yellow a triumphant debut as he laced them up for a 3-1 home win over Fulham at the weekend.

Thoughts on this new colourway? We wanna hear ’em!

Drop your opinion into the comments, or drop a rating into the boot-o-meter!

Mizuno Morelia Neo Gets Brazil-Inspired Blue/Yellow Update, 9.1 out of 10 based on 24 ratings https://www.footy-boots.com/wp-content/uploads/2014/04/mizuno-morelia-neo-blue-yellow.jpg