After stirring up some interest by charting well in our Top 20 Boots of the Decade, we thought it was time to bring you the lowdown on the Mizuno Morelia. 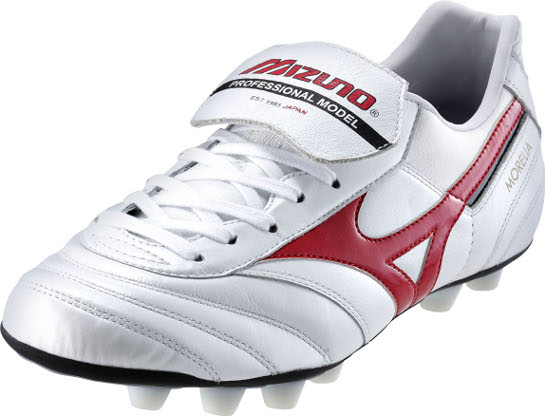 The Morelia ticks all the boxes you’d expect from a classically-styled football boot in this department, and then some. The K-Leather upper is an absolute joy to wear and the stitching across the toes help the boot flex in all the right places.

One feature that sets this football boot apart from the likes of the Tiempo Legend and Speciali is the distance that the laces cover on the top of the foot. The Morelia’s laces stop a mere 2 inches from the very tip of the toes (on a UK Size 10) meaning you can really adjust the fit along the full length of the boot. 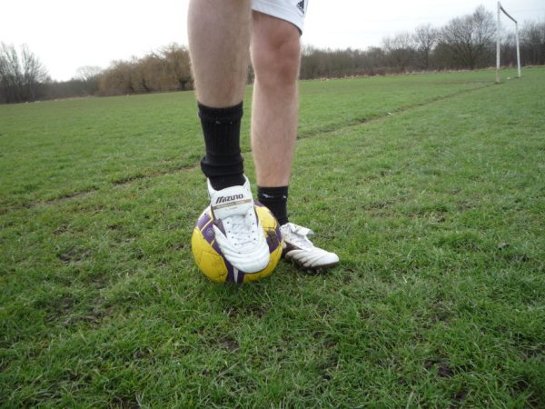 The Morelia also offered me the very unusual luxury of trying them in multiple sizes, which certainly answered some of the questions that arose about Mizuno’s sizing after our test of the Wave Shinken II.

Having the football boots half a size smaller then I would usually take gave the boots a much more glove-like fit, and never felt too tight even when wearing proper socks and shinpads. So if you’re considering a pair, and don’t have particularly wide feet, I would seriously recommend getting half a size smaller. 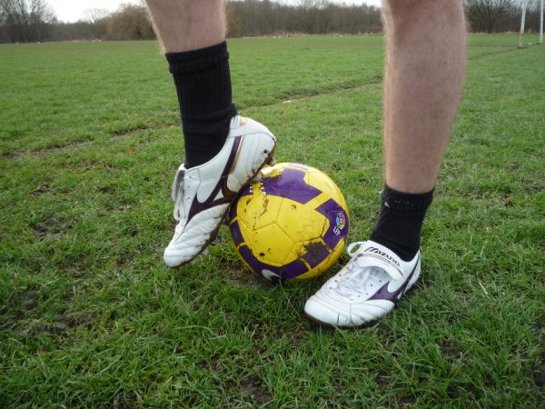 Despite their elegant appearance, these Mizuno’s are seriously tough, like a bullet-proof Mona Lisa! The leather in the upper has been discretely treated to make it more water-repellent than your average cow-hide (Yes, we know it’s technically kangaroo!)'  and a little more stud-proof too.

Also disguised in the back is an excellent heel counter. In the style of boots like the Puma King XL, the heel counter is secreted between the upper and the inner, which minimises rubbing and allows the boot to keep it’s natural-looking faÄ‚§ade. The heel counter really is rock-solid by the way, and only seems to get firmer towards the sole-plate. This not only helps minimise the boot slipping when sprinting but should also offer your heel and Achilles tendon some protection from cynical challenges. 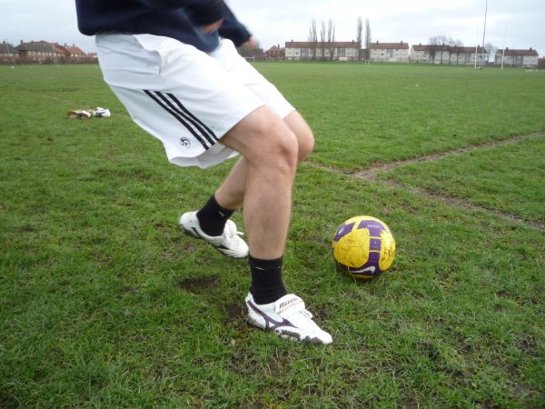 As mentioned before, the Morelia’s have a superb fit which translates into an excellent feel for the ball. As the weather’s been awful and all the league’s games have been called off, I’ve been taking the Morelia through its paces in games of 7-a-side on artificial turf. Sharp control, tight dribbling and neat finishing are all must-haves for 7-a-side (I have none of the above, by the way) and even on notoriously quick wet artificial ground the Morelia was supple and grippy enough to cope.

I was also really impressed with the sole-plate of these boots. Looking around the edges of the boot, there’s no potential area for weakness, you get the impression that the designers wanted to keep everything very neat and compact. The layout of the studs is equally well-considered. On the FG model the high-density studs ape the Copa Mundial in both layout and construction, with the 13 studs only slightly different to adidas’ classic 12 stud layout.

Another surprise the Morelia had in store was how much fun it is to shoot in these boots. Whoever coined the term hitting the ball ‘with your laces’ might well have had these in mind. The tight fit across the top of the foot means you can really put your foot through shots, volleys and clearances. 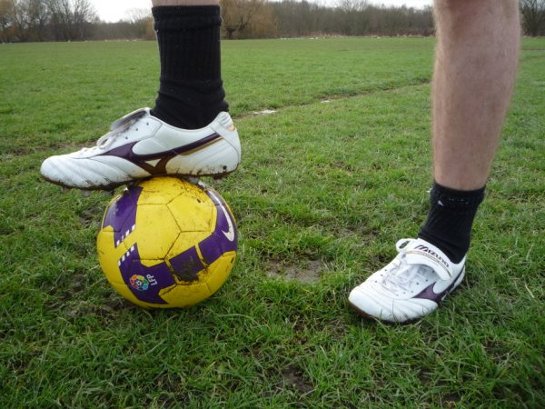 Once again, I know for the second review running I’ve gushed about the quality of some football boots (I’m not sure what’s wrong either; I must have some cheer left over from Christmas!) and despite the Laser III and the Morelia being completely different animals they’re both excellent in their own way.

The Morelia is a football boot that sets out to deliver a hard-wearing, quality boot to people who don’t want any gimmicks, and delivers in spades. A fantastic upper, incredibly handsome and surprisingly rugged; the Morelia is a boot to be reckoned with. 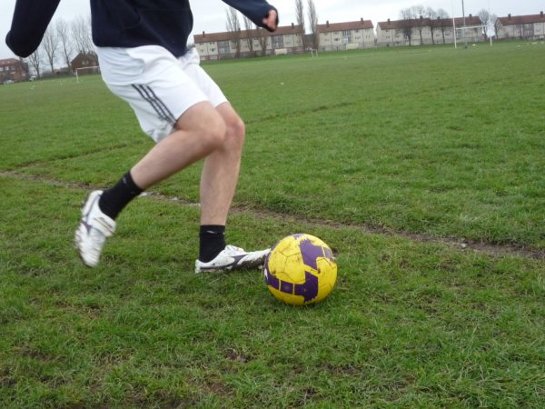 My only concern would be how the football boot will perform in the steadily growing ‘modern-classic’ market.

When you’re marketing a boot that’s up against competition like the adiPure, Tiempo Legend, Speciali and Puma King, operating in the same price bracket as your competitors and working to a template that actually prevents innovation, it’s got to be tough to make a boot a success.

What’s your opinion? Would you consider making the switch to Mizuno? If not, why not? Or if you already own a pair of Morelia’s what really sold them to you?

Why not let the guys from Mizuno know your thoughts? I’m sure it would make for some interesting reading if you wanted to get your opinions down in the comments below!

Written By
Felipe
More from Felipe
Arsenal were back to their stylish best as they ripped Reading apart,...
Read More