Mizuno have had something of a mixed history with speed football boots; never really venturing into that market fully, Mizuno have instead focused on creating footwear that is up to their standards that just happens to be light – like the Morelia Neo – rather than light for lightnesses sake.

But with a World Cup in the Summer, there’s no time like 2014 to put it all on the line and create something unique – and the Mizuno Basara is just that.

Taking it’s name from the Japanese for ‘Stylish’ or ‘Over-the-Top’, the Mizuno Basara is more than just another speed boot.

Sure, it weighs just 175g, but Mizuno’s big focus isn’t on straight-line speed. There are plenty of boots out there for wingers who hare down the wing, but everyone knows the game is getting faster, so what about the fleet-footed players who need agility, traction and support? 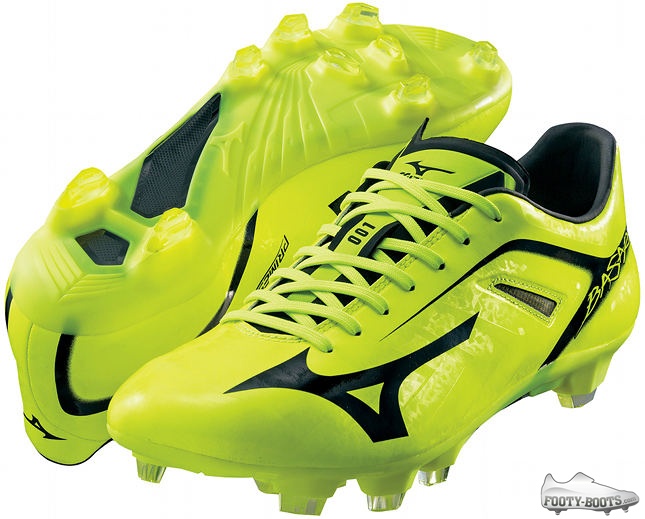 Well, that’s where the Mizuno Basara comes in.

A completely new soleplate from Mizuno promotes aggressive contact with the pitch, with a unique stud layout that ensures players always have maximum contact with the turf no matter what position their foot is in (within reason, of course).

A unique D-Flex groove radiates from the instep, allowing the whole boot to bend and twist with the foot to ensure the studs are always planting at the same angle as the foot for an improvement over traditional traction. 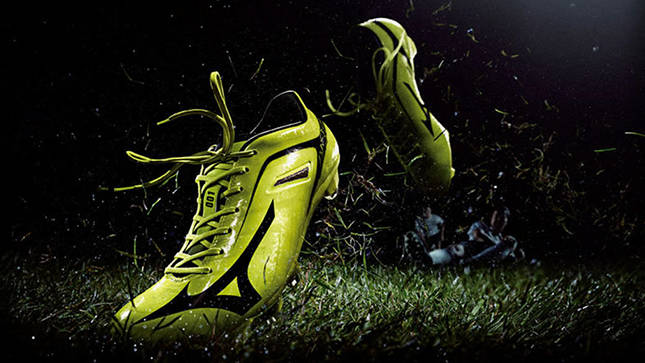 All this is reenforced under the lateral midfoot and heel, guaranteeing the boot will only bend in the same direction as the foot and decreasing the chance of injury.

This ethos works its way up through the boot, too. An R-Fibre insert in the upper (seen in that little ‘window’ below the collar) reduces excess stretching by adsorbing some of the force created by the foot on the upper to lock the foot in place when turning and sprinting.

Boosting that further is ‘Zero Glide’ tech in the sockliner and heel cup; this suede-feel material locks the foot down even further by increasing friction more than traditional suede liners for a more effective energy transfer between foot and boot. 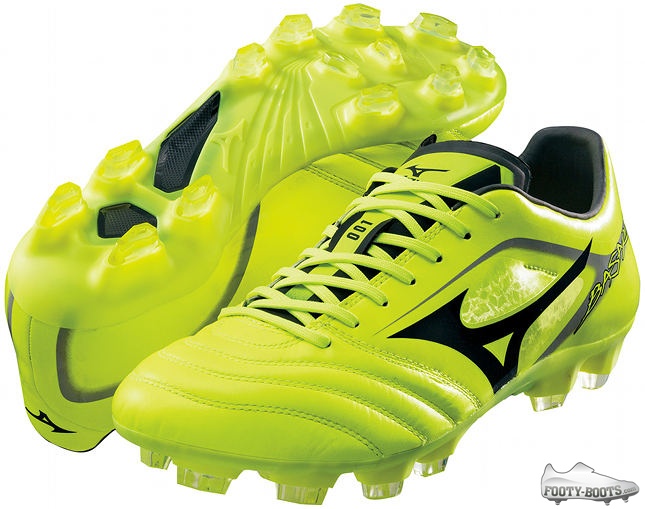 The upper comes in two flavours; the main focus of Mizuno on the Basara will be a PrimeSkin synthetic.

Boasting many of the same softness properties as leather, the PrimeSkin upper is soft, but can be structured to improve the fit further – as well as less water uptake.

The boot you see directly above is a K-Leather version, with a natural leather forefoot and synthetic midfoot; not to mention styling that will likely have Mizuno die-hards getting all misty-eyed and nostalgic for the Supersonic Wave series. 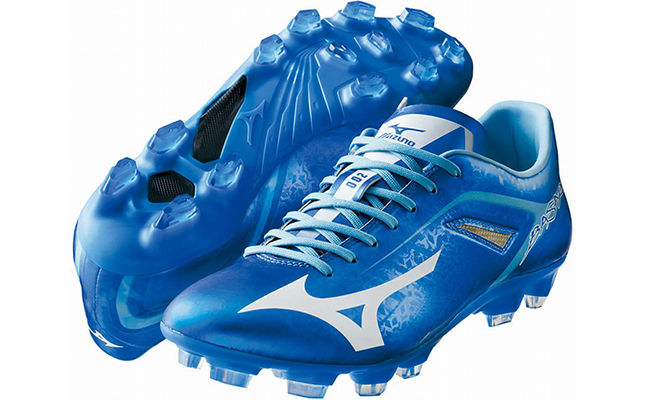 The top-tier Mizuno Basara will bear the ‘001’ designation, with takedowns numbered ‘002’ and so on.

The Yellow/Black version will be the headline model worn by Shinji Okazaki during the World Cup, with this Diva Blue and White version available after the Finals are over in July. 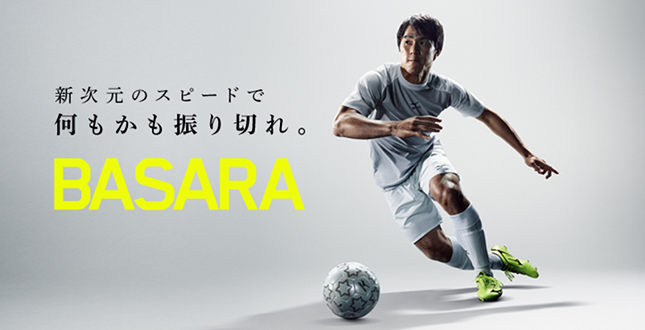 What do you think of the Mizuno Basara? Let us know in the comments!