Mizuno haven’t always been at the front of the pack when it comes to lightweight speed releases, but since the launch of the Morelia Neo in 2012, the Japanese brand have at least proven they can deliver top-performing boots at unbelievable points in weight.

Looking to hammer that point home even further is the new Mizuno Basara; a 175g cleat that’s designed offer up more than just straight-line speed.

With a name taken from the Japanese word for ‘Savage’, the Basara is specifically designed to use player’s natural energy and biomechanics to create more aggressive acceleration and agility via traction.

How does Mizuno’s latest speed boot make this all possible? Well, that’s where things get pretty interesting 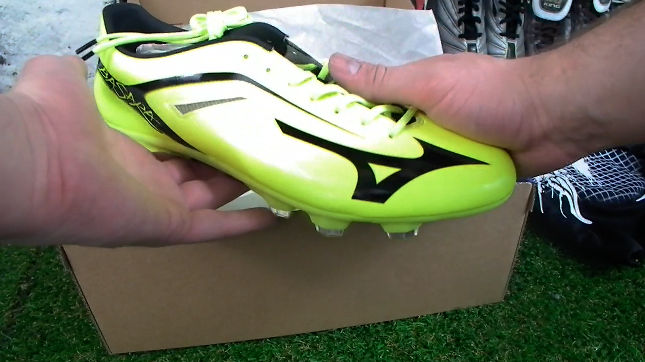 A unique D-Flex groove radiates from under the arch of the foot, this allows the boot to twist in ways a traditional soleplate would never allow.

Think about it like this, a bare foot will always seek to get the most surface area onto a surface for grip – the Basara’s more flexible plate makes that possible in a boot, too, by enabling the forefoot more freedom of movement.

And in the interests of safety, Mizuno have enforced under the lateral midfoot and heel, in the firm, black plastic you can see guaranteeing the boot will only bend in the same direction as the foot and decreasing the chance of injury. 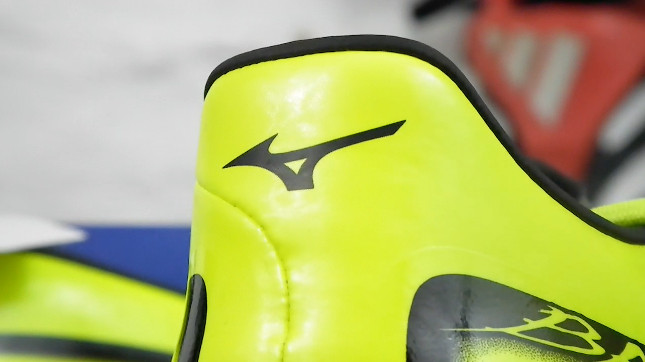 The stud placement also follows that same ethos with a heavy emphasis on forefoot traction, and the twin-stud heel assuming that players who opt for the Mizuno Basara spend little time on their heels.

Building from the sole up, Mizuno have also developed a Zero-Glide heel liner, that acts like a synthetic suede; this material that locks the foot down even further by increasing friction more than traditional suede liners for a more effective energy transfer between foot and boot.

Even better, Mizuno have extended this tech to the sock liner, too,  which comes in two flavours; a default lightweight model and a more plus, less perforated comfort edition. 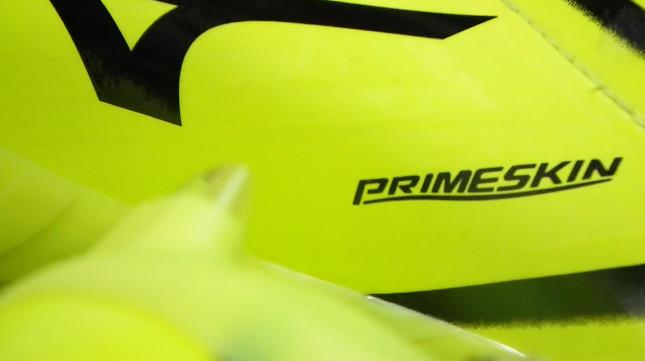 But the Basara doesn’t stop it’s mission for speed and agility under the foot; the upper is very much part of the design.

Made from a PrimeSkin synthetic – though a K-Leather model is available – the upper on the Mizuno Basara is single-piece for comfort, micro-thin for ball control and probably the sleekest-looking to come out of the Mizuno factory since forever.

It also houses a secret weapon; the ‘window’ you see under the collar shows off the R-Fibre under the PrimeSkin; this secondary layer feels like nothing to the touch, looking little more than a mesh lining. 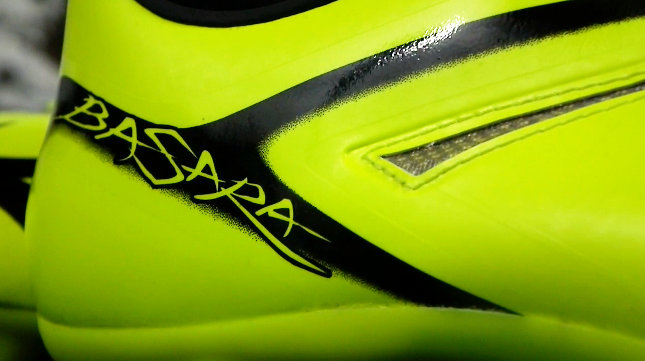 However, Mizuno say this in-house development is incredibly strong, and reduces excess stretching by adsorbing some of the force created by the foot on the upper to lock the foot in place when turning and sprinting. Think of it like a seatbelt that ensures your foot is always locked in for optimum energy transfer.

Mizuno’s dedication to this notion of creating more than just a speed boot is admirable, and knocks previous lightweight boot efforts like the Wave Ghost and Supersonic Wave into a crocked hat in terms of creating something that looks fast in hand and feels even faster on foot.

Written By
Kyle Elliot
More from Kyle Elliot
Lotto get Summer started a little early this year with a new...
Read More