Chances are, if you’ve played football of any level in the UK in the past few decades, you’ll be familiar with the Mitre Ultimax football.

One of the stalwart performers at all levels, the Mitre Ultimax has a firm spot in the  hearts of anyone that’s played with one.

Which is why we were excited to find out that Mitre have revamped the Ultimax for 2013 with this new version. 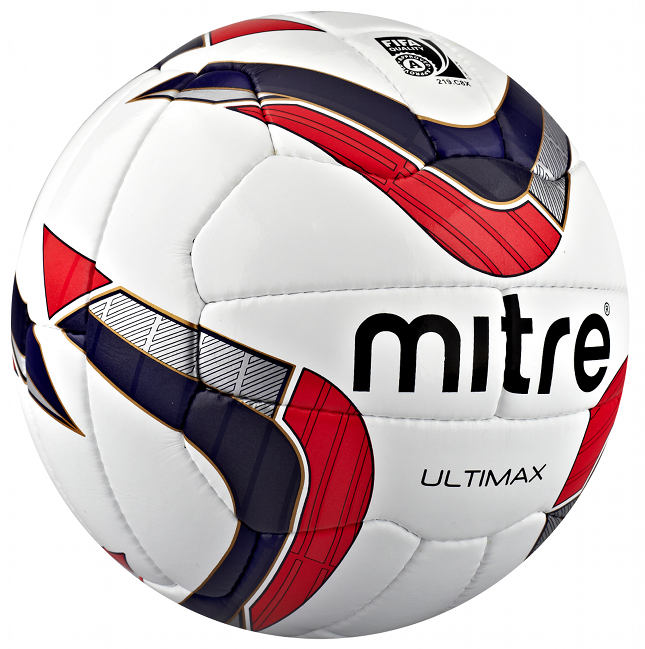 Previously known in the 80’s for creating rock-hard footballs, Mitre have reinvested in development and it has paid off, big time. For the last few seasons, balls like the Tensile and Delta V12 have been used throughout the Football League, and given the thumbs-up from top players when used in the League Cup.

Now, Mitre have brought some of that new know-how to the Ultimax, to create a ball that purists and professionals will love to strike.

Crafted from microfibre 26 panels, the Mitre Ultimax is a FIFAapproved professional match ball, with a 4-way balanced lining system for lifetime shape control.

The Ultimax‘s real claim to fame, though, is it was the first ever ball to be recorded at travelling over 100 miles per hour!

Struck on the volley by Sheffield Wednesday’s David Hirst in a match against Arsenal, the Mitre Ultimax was clocked at a lightning 114mph – outstripping the league average of 80–85mph by a considerable margin.

Here’s hoping this version can top that!

If you fancy giving it your best effort, you can pick one up from the Mitre website or selected stockists at an RRP of £65.