Mitre and Samba Sports have developed a folding goal that can be erected in under 60 seconds flat. So we took a minute to check it out… 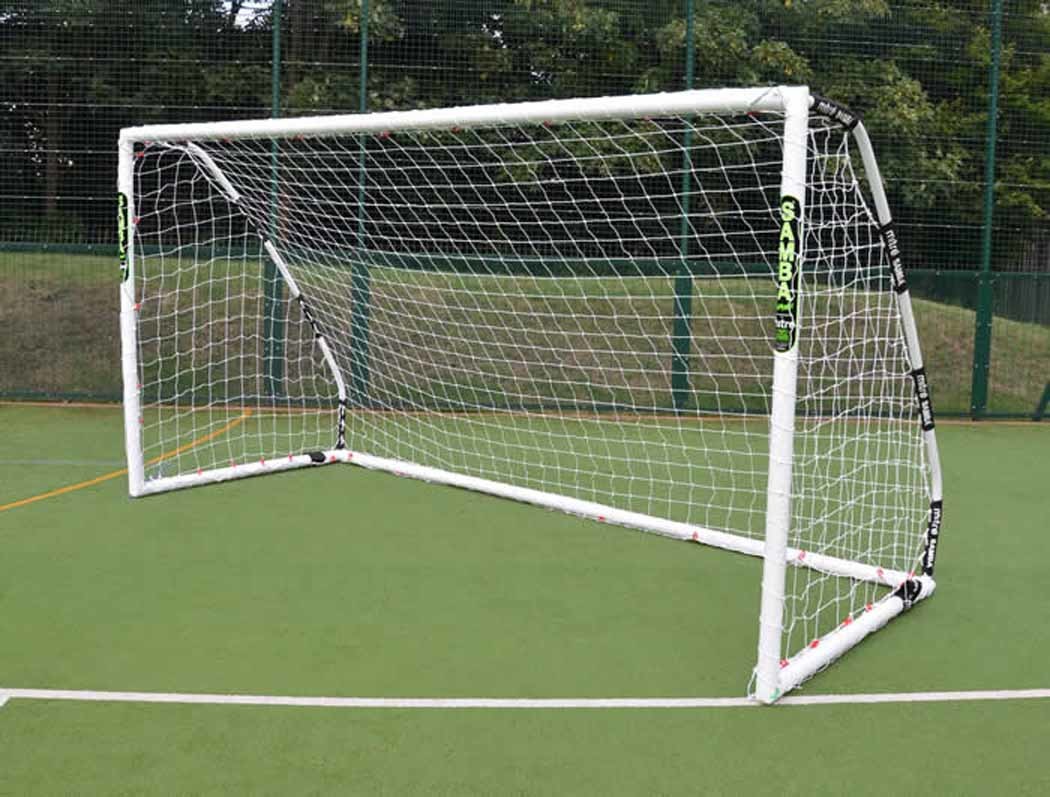 When Mitre told us that they had worked with Samba Sports to create a goal that can be set up and ready to go within a minute we tasked Scott, who doubles as a football coach and runs football camps when not at Footy Boots HQ, to put the equipment to the test. Over to Scott….

As a football coach, school teacher, manager of a youth football team and of course a member of team Footy Boots, time is a precious commodity. 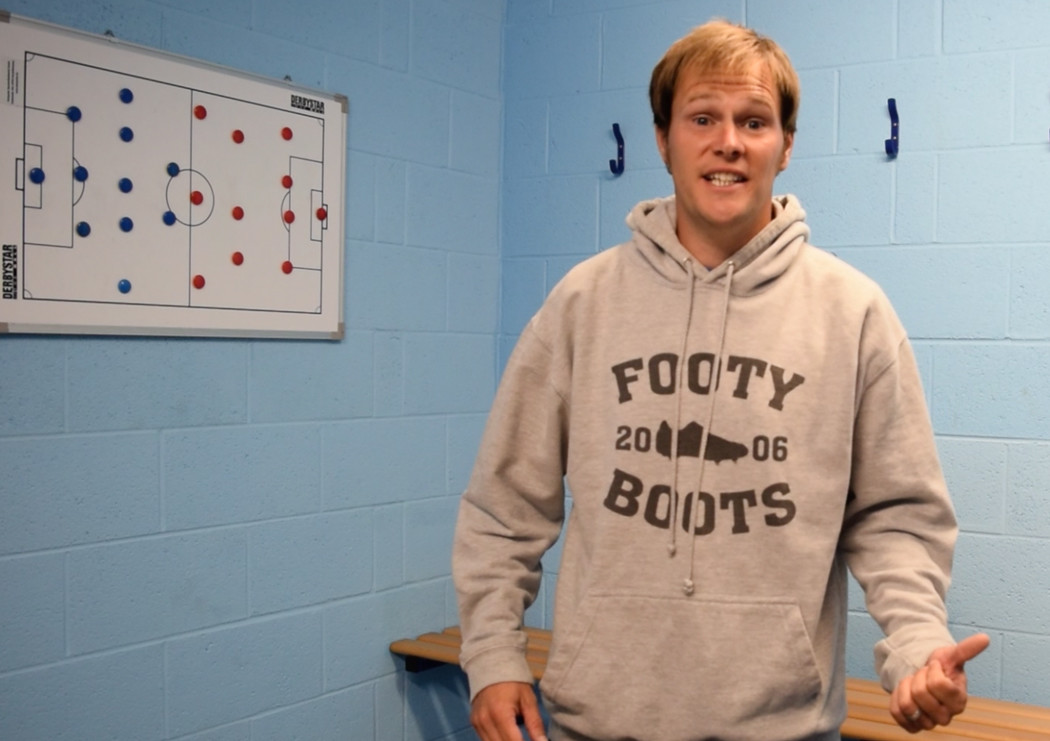 A typical day for me means spending a great deal of time preparing equipment for my various football sessions throughout the day. So when I first got wind of the new PlayFast Goal, it sounded like a golden ticket – honestly you wouldn’t believe how long it takes me on my own to get goals out of storage and set up for coaching.

The equipment I tested was the Mitre Samba PlayFast Goal. It was 12′ x 6′ which means it is the FA recommended size for mini soccer, ideal.

The goal is delivered in a compact box and needs a one time build, after which the goal can then be erected.

The first build took me around 20 minutes, it comes with instructions to follow and is pretty straightforward. In short, the tubes which make up the posts slot together, then you attach the net and strap up. It does of course come with everything you need. 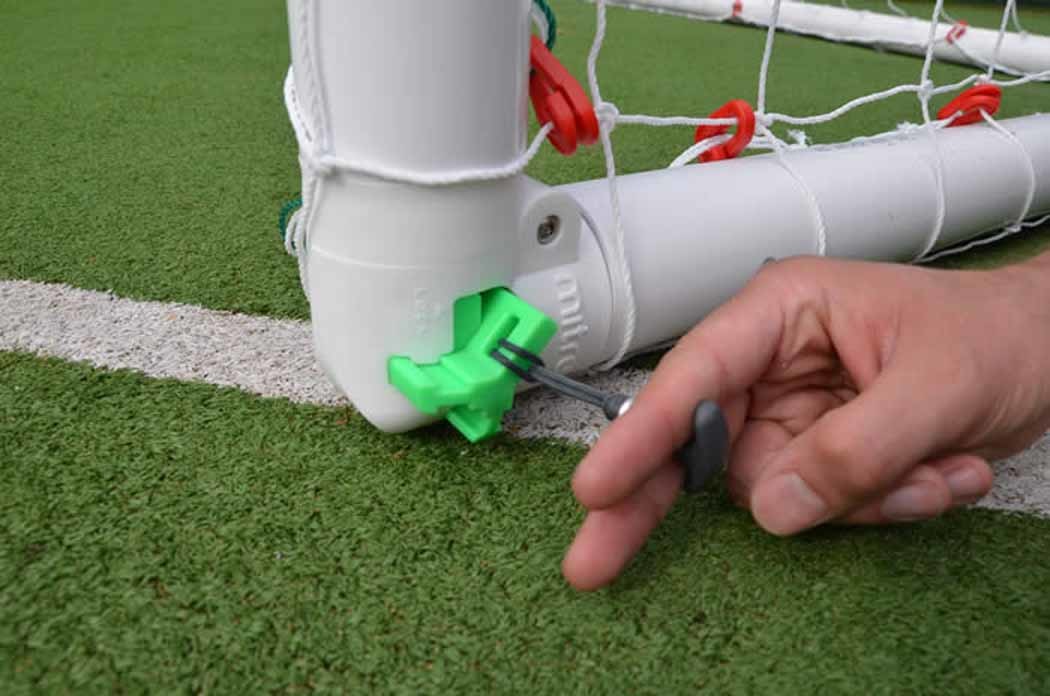 The important piece of innovation with the PlayFast goal is the corner joint. As you can see in the image, a locking pin in the corner of the goal allows the posts to be folded, rapidly.

With the one time construction complete, it was time to test the goal out and the claims that it can be erected in under 60 seconds.

Time testing, I started my stopwatch.

Pause stopwatch on 43 seconds. It passed the sub 60 second test with ease.

It is not fiddly, it’s very quick and the corner joint makes erecting and folding the goal down a breeze.

The goal comes with ground anchors to secure the goal on soft ground, if you intend to use the goal on astro turf, or a playground surface you need weights to anchor the goal down. 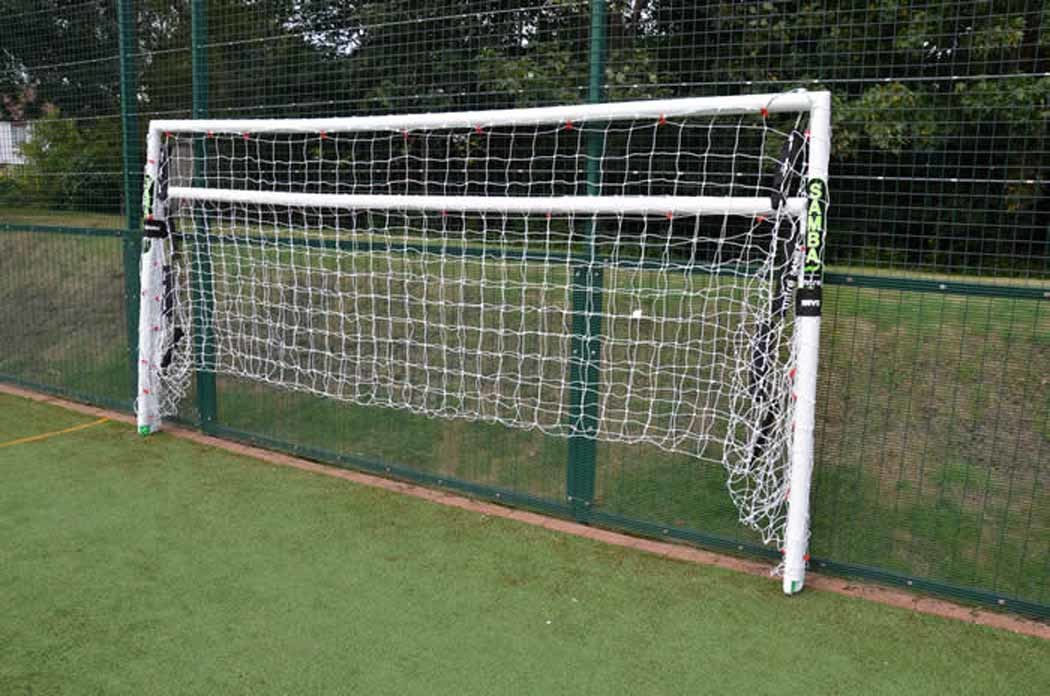 Erected, the goal is strong, sturdy and being made of uPVC it is going to be durable and easy to keep clean.

The real ‘Wow Factor’ is that the goal can be folded down and erected again in seconds though.

Another big plus is that folded I can get the goal in my car too, really handy for me as I work at various schools and playing fields so it can travel with me.

I’d thoroughly recommend this goal to anyone who needs to use a mobile goal to coach or train. It is also ideal for families who want to have a goal in the garden – the goal can be moved easily, saving the grass from being ruined around the goalmouth area and these goals can be quickly stored away in the shed during the winter months.

That said I’ve got to convince Evie, my two year old daughter that I need to take it out of my back garden where I ran the time test, she’s been enjoying knocking the ball into the net.

Written By
Scott
More from Scott
Under Armour's latest boot is not just a head turner, it's high...
Read More