In a ‘first of it’s kind’ arrangement Middlesbrough FC have announced their ‘Tailored For You…’ Sponsorship package. 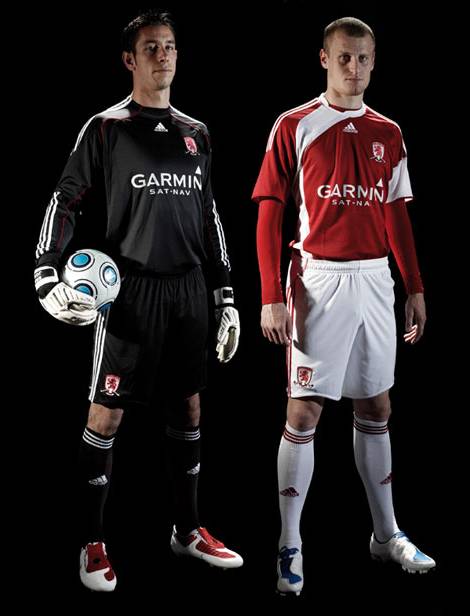 The package entails the sponsor choosing how long they wish to be the ‘Front of Shirt’ sponsor for the club’s home and away kits, on a month-by-month basis.

”For some months now we have also been proactively engaged with numerous organisations for the club˘ front of shirt sponsorship rights from the start of the new season.

”Those conversations have ultimately not progressed to a satisfactory conclusion for us, and whilst it is important to recognise we are in a turbulent economic climate, I must also protect the best interests of the club commercially.”

The Tailored For You'¦ concept will allow companies to work with the club in creating a grant of sponsorship rights Ĺ› including their logo appearing on Boro˘ home and away shirts Ĺ› that are tailored exactly to their needs and will be made available over the 10 consecutive months of the football season (August 2010 Ĺ› May 2011).

Matt Smith, Head of Commercial Partnerships, will lead the sales process for the new sponsorship package.

He said: ”We˘€žËre all genuinely excited in taking this new approach to the market. Sponsorship in football is long established now but this will definitely offer something different.

”It is easy for companies to recognise the immediate value this package can bring from a brand awareness position but what we are really keen to develop is the bespoke aspect.

”For the first time we˘€žËll offer an exclusive group of companies an opportunity to become an integral part of the club; we˘€žËll get them close to the action, the players and all the excitement that football offers.

”This is a chance to play a high-profile part in Boro˘ history by being involved in the club˘ forthcoming promotion push.”

What we really want to know is who will be the official sponsor on the replica shirts?