MiCoach Team Tracking: The next development of the player tracking analysis system from adidas. 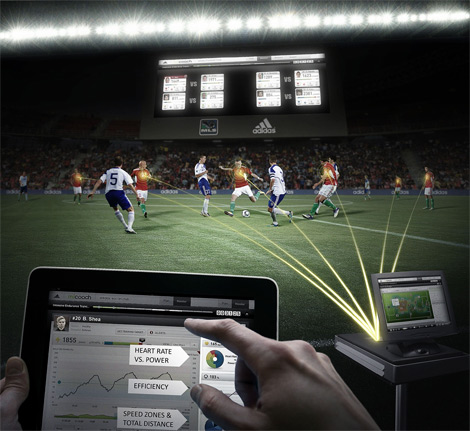 When the MiCoach player performance technology was first released, it was clear that there was huge potential for the little chip that slips into your football boot.

The MLS All Star Game in Philadelphia is being billed as the first “smart soccer match” when the new MiCoach professional soccer team tracking system is being featured.

Whilst this is an interesting step forward and useful for the coaches, we can’t help thinking that real time access of these metrics for fans watching a game will really set this technology on fire.

What do you think? Drop us a comment or start a discussion on our G+ page here – Footy Boots on G+

Written By
footyboots
More from footyboots
https://www.youtube.com/watch?v=iBtU7dHSXfg We have a chat with adidas football’s Adrien Noirhomme – one...
Read More