' This weekend, some of adidas’ biggest stars are hitting the pitch in bespoke football boots they’ve designed on the new miadidas configurator – and we’re helping kick things off with some exclusive up-close imagery of some of the player’s custom cleats, video features and Q&A’s with the players behind the boots.

First up is Real Madrid’s Karim Benzema, and a pair of classy F50 adiZero‘s.

Benzema has started the season in fine form, with a memorable equaliser against Manchester City in the Champions League and a handful of goals in the League and Cupt o his name.

To mark the success of Real Madrid’s title-winning 2011-12 campaign, the French international has created a pair of F50 adiZero‘s he describes as ‘A Gold Medal’ – and it’s hard to argue!

Reminding us of the Gold/Black Predator Absolutes that Michael Ballack was famous for wearing, the elegant black/gold combination would definitely look the part as a retail colourway!

It also seems as though Benzema has two pairs ready to roll, as you can see both FG & SG versions in the imagery we’ve snagged – with the SG model in particular looking outstanding. 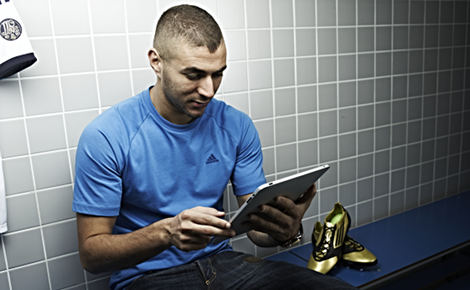 Last season you won the La Liga title with Real Madrid in your third season with the club. How did it feel?

Good, because we had managed to win this League which was difficult, the level is very high in Liga. We had a good championship from start to finish, we stayed top, that is why it is important to win, we did it and we were all very proud.

This season there are a few new faces at Real Madrid, how are they settling in and how will they give you the edge on your rivals? 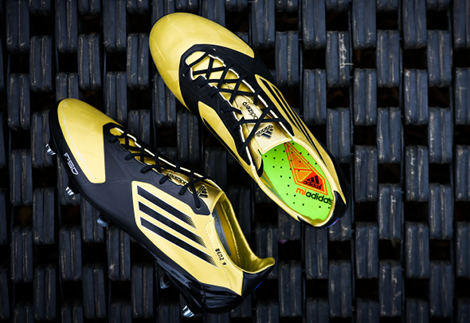 Season after season your record for goals or decisive passes gets ever more impressive at Real Madrid. Do you think that this year will be your year to have the title of best goalscorer in the Liga?

France made it to the quarter-finals of Euro 2012 last summer. After the World Cup (98) and European Championships (00) victories do you feel like it has been too long since France challenged internationally and how do you rate your chances at the World Cup in Brazil?

We need to qualify first. We know that this is going to be difficult; we are a new side, a new group with a lot of youngsters. But it is a good team, full of desire, and I hope that we will qualify to go to Brazil because Brazil is the country of football and I think that it will be the best World Cup. 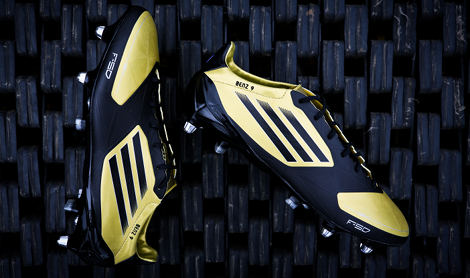 A lot is written about Jose Mourinho, how have you found playing under him and how is he helping to improve your game?

It is true that he's given me a lot of confidence in myself, he has given me the desire to win, I have always had this inside of course, but he has drawn this out of me more than ever before.

What would qualify as a successful season for you this term?

Benzema is set to wear his miadidas adiZeros at the weekend as Los Blancos take on' Zaragoza, but will the big striker be tempted to wear them in tonight’s Copa del Rey clash with' Alcoyano? adidas are staying tight-lipped, so I guess we’ll just have to watch to find out!