Van Persie is the latest in a long line of professional footballers to break a metatarsal. It is time for the football boots to be examined. 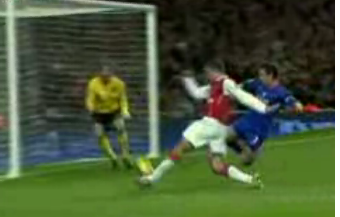 Robin Van Persie has been confirmed as breaking a metatarsal in his right foot and is forecast to be out for at least six weeks. Arsene Wenger said the striker had sustained the injury to the metatarsal in his goal celebration.

Thierry Henry said: “Robin’s injury is a massive blow. It seems that it is the injury that everybody is having – that metatarsal thing.”

So even Thierry Henry, a World Class professional footballer is bewildered by this injury… “That metatarsal thing.”

Metatarsal bones are the long bones in the front part of the foot, they are also the most common bone for stress fractures, simply because they bear so much of the body’s weight.

There is no conclusive proof that links the metatarsal injury with the increase in footballer’s breaking their metatarsal bone, but experts have expressed their concerns.

Lightweight football boots, a quicker game and less giving pitches are often cited as attributing factors and perhaps it’s the combination of these factors which causes the injury.

We think it is time football officials conducted some research. Not just because the players are suffering, which in turn means that football fans miss seeing their best players. Also because it’s these same football boots which are sold to amateur players and kids, who are also damaging their feet. And, the ‘off the shelf’ football boot is more likely to cause injury as it has not been customised like the professional footballers boots.

Written By
Felipe
More from Felipe
Footy-Boots.com rounds up this week's La Liga action, as Villareal stun the...
Read More