The first of Leo Messi’s hotly-anticipated range of signature training and casual apparel was given a digital debut this weekend as the Argentine ace was revealed as the cover star of the new EA Sports title, FIFA Street. 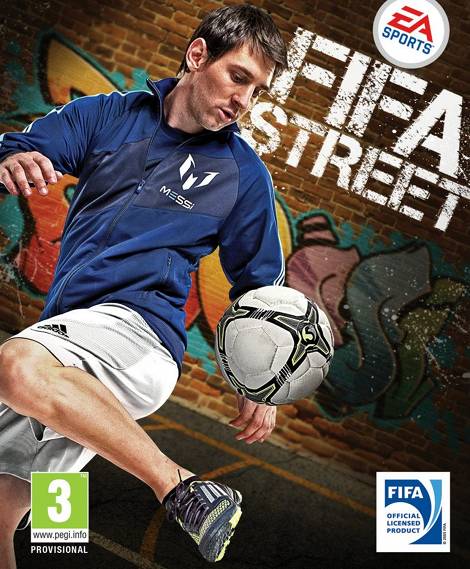 The Barcelona superstar has previously appeared on the cover of rival Konami’s Pro Evolution Soccer, but seems to have jumped ship to the makers of the FIFA series as they reboot their once-popular FIFA Street franchise.

adidas, ever on the ball when it comes to marketing, have made sure that their prize asset is promoting the Three Stripes to the max as they kitted Messi out in his new ‘M-Shield’-branded training range for the cover shoot.

In-game screen-shots from the new FIFA Street also confirm that players will also be able to kit their digital version of Messi out in his range of new signature gear – as well as gearing up their own virtual avatars in a huge variety of adidas-branded apparel. 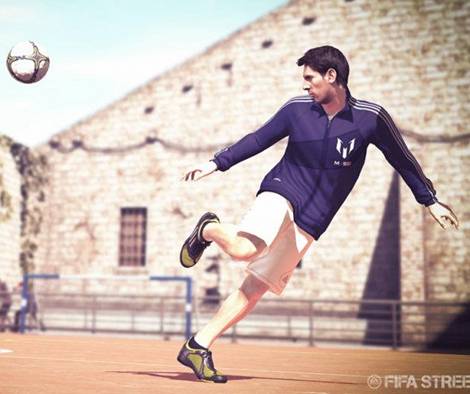 adidas also made sure that they got in a sneaky plug for their newest footwear too, as the diminutive Argentine is also wearing the new F50 adiZero miCoach-inspired adi5 X-cite Turf shoes in Phantom/Metallic/Slime on the cover and in the game – you can read more on those on Footy-Boots.com, tomorrow!

Big thanks to Mayur Karanjkar for letting us know about this one via our Facebook page!