After breaking the news to you last week that World Player of the Year Lionel Messi will be visiting London today – we can now reveal all three of the Barca Ace’s challenges of Speed! 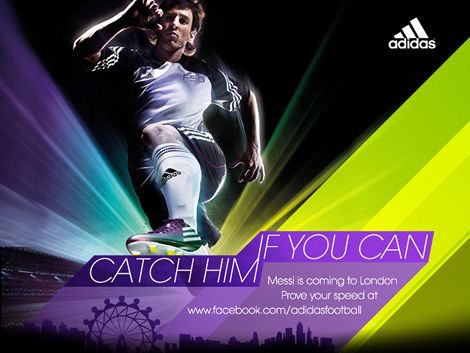 This is it! In just a few hours Messi will be touching down in London. So it˘ time for your final clues about where you˘€žËll get the chance to catch him.

1. Anyone think they˘€žËve played a game on the pitches below? This is where he˘ going to be coming on as the world˘ fastest sub! If you know where this is, then you can watch the world˘ best player in your area. 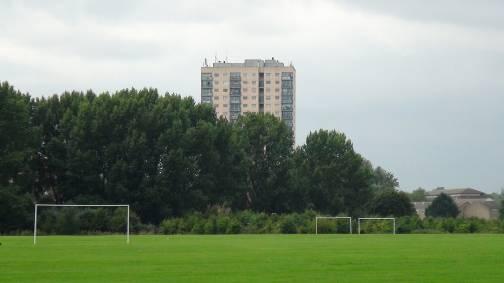 2. If you want that new pair of the world˘ lightest football boots, the adidas F50 adizero, this is the place you need to show up with your old football boots for the trade-in. But get there quick'¦ boots will run out!

3. And this is the pitch where you could make yourself famous, and get to play alongside Lionel Messi in a one-off 5-a-side game! We˘€žËre looking for the fastest, most skilful kids in London to take him on, and only a few will be selected. So figure out where it is and get there fast!

Keep checking back and keep an eye out on www.facebook.com/adidasfootball as we˘€žËll be revealing the exact locations with just a few hours to go.

Footy-Boots.com will be there every step of the way (and trying to snag a free pair of football boots in exchange for our knackered Cica Blades!) and we’ll report all the details very soon!

Finally, if you attend any of the locations, we want to hear about it. You may even feature on Footy Boots as we report on the day!

Written By
Kyle Elliot
More from Kyle Elliot
Despite being the 'secondary' launch colourway, there's still plenty to love about...
Read More