The MESSI15 is the football boot built around Leo Messi’s playing style, from the studs up.

These early sketches in the design process of the MESSI15 give an insight into how the boot was developed. 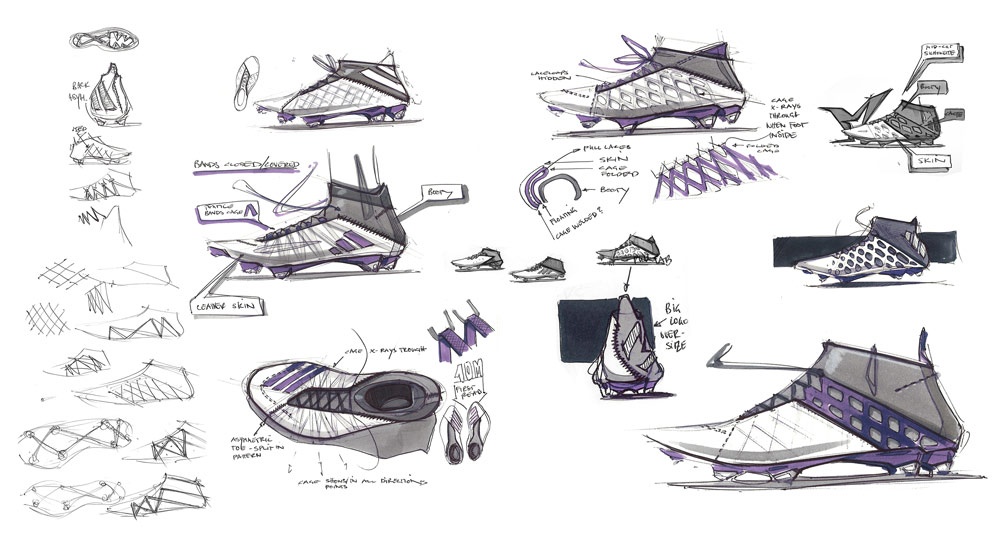 The GAMBETRAX traction system took inspiration from tweaks Leo Messi requested for his footwear over the last few seasons, but also creates the perfect stud system to amplify Leo’s ‘Gambetta’ style of dribbling.
Initial sketches show the development of an external lacing cage that would become the messiFRAME. Development ranged from a ‘web’ style of support to hooks and loops, but the theme of an external frame remained through the entire development cycle based on Leo’s specifications.
When inhuman agility, unpredictable changes of direction and explosive pace are core to a player’s game, locking the foot into the shoe for assured traction and stability are always one of the top priorities for the design team.
The science of touch on the ball is exacting in itself. The distinctive 3D Texture of the messiTOUCH upper only came into play after extensive development alongside the evolution of the rest of the boot. 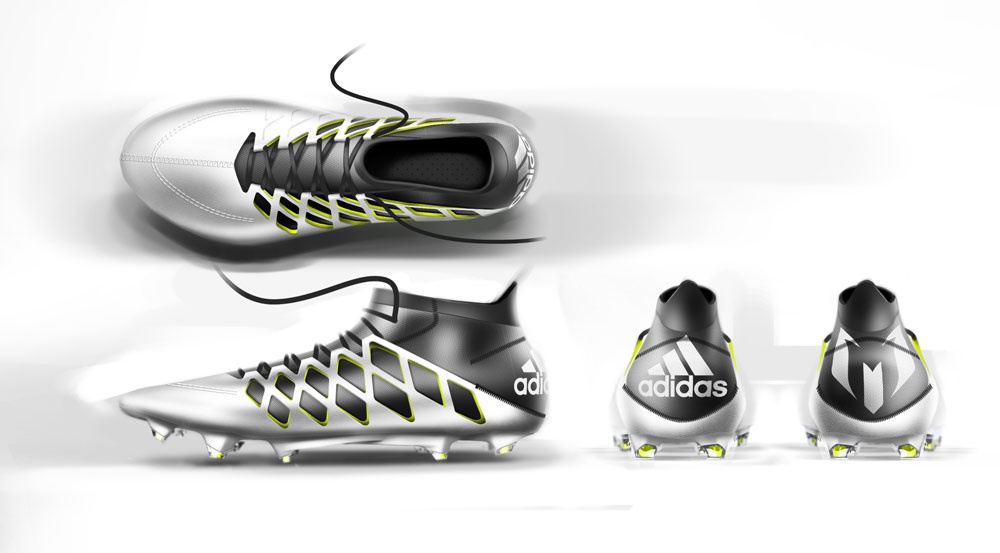 Get the lowdown on the released boot here – MESSI15 football boot

Written By
Michael D
More from Michael D
Follow the path of the PowerCat as the new Puma PowerCat 1.12...
Read More