It’s been a while since we’ve had a good blackout boot spot, in fact the last one that we posted up was Goran Pandev in the Champions League Semi-Final. 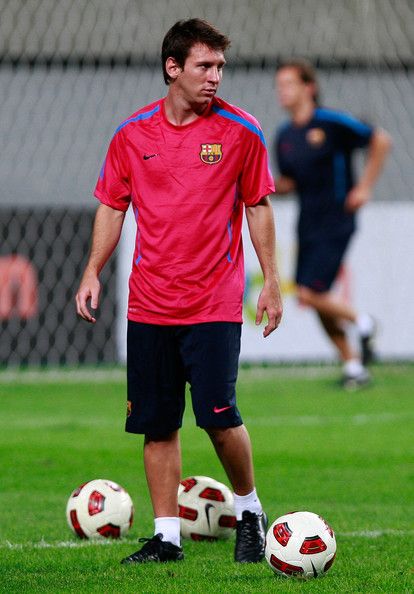 But, during Barcelona‘s warm-up tour of Asia, we spotted the diminutive Argentine in an all black pair of football boots – which to us don’t look hugely different to the usual adidas F50 adiZero.

From what we can spot, the football boots in question have:

Stitched upper – which would identify them as the Leather version.

Two Lateral forefoot studs – this is different to the usual adiZero, however we know that Messi has a history of unique stud configurations to assist in supporting an old metatarsal injury.

So, there’s not a lot to suggest that Lionel Messi is trialling a brand new version of the adidas F50 adiZero just yet, but it would certainly seem that he’s testing out a new soleplate, be it part of the eventual new F50 or just a custom pair for the Barcelona Star. 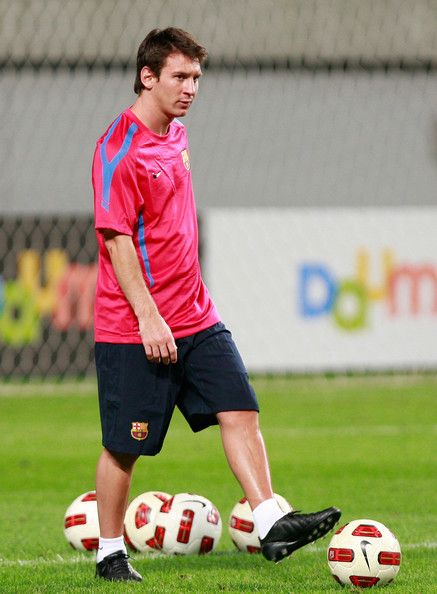 But the real reason we thought it was worth posting, is because we wanted to make sure we hadn’t missed anything!

Is there something we’ve missed on these Blackouts? Or can you guess why Messi would black his boots for training?

Written By
Kyle Elliot
More from Kyle Elliot
Find out how the miCoach Elite system will work ahead of it's...
Read More