After only one game and a couple of training sessions in them, Leo Messi is set to ditch his golden new Ballon D’or adiZero‘s for an all new pair – the Prime Blue / Energy F50! 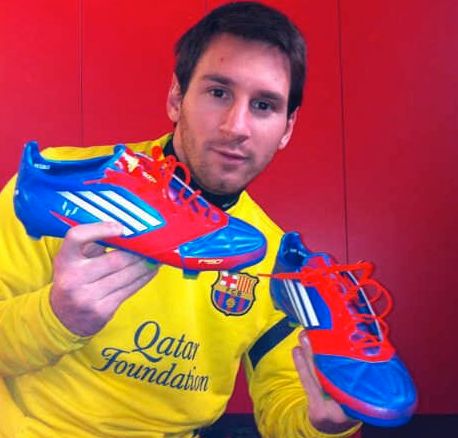 The Argentina international took to his Facebook page this afternoon to show off his new football boots ahead of tonight’s ‘el Clasico’ match-up between Real Madrid and Barcelona.

Messi posted up a shirt message with his photo, saying “Wearing white and gold boots is not an option for tonight. How about these colors to face our great rival?”

Obviously referencing that he can’t take on the ‘Los Blancos’ in their own colours, he’s breaking out the new Prime Blue / Energy F50 a little early – definitely a better match for the famous ‘Blaugrana’ colours of Barca!

In other adidas boot-news ahead of tonight’s Copa del Rey clash, Xabi Alonso looks set to keep the new adiPure 11pro in the locker room for such a big occasion, instead sticking with the Black / Metallic Silver adiPure IV‘s that have served him so well this season. 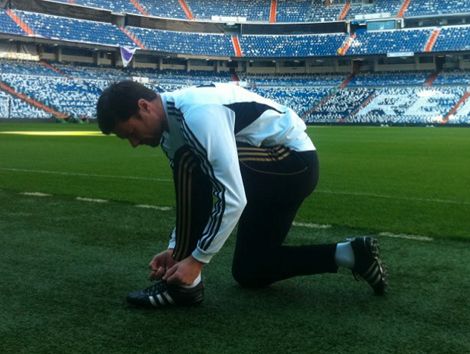 adidas are definitely spoiling their main man at the moment, having played in 3 different colourways of the new F50 adiZero already in 2012! Which has been your favourite colourway?

Who do you think has the edge going into tonight’s game?

Thanks to Shakib Arsalaan for submitting the Messi photo!

Written By
Felipe
More from Felipe
Ledley King is the latest high profile English footballer who has broken...
Read More