After yesterday’s sneak-attack reveal of the new adidas F50 adiZero – or indeed adiZero II – we were certainly left to ponder whether the move was an intentional one from adidas. 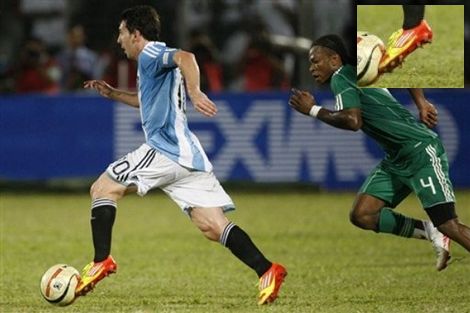 However, Lionel Messi has commented on his surprise debut of the adiZero II, hailing the technology involved as ‘incredible’.

The biggest sports brands are notoriously good at keeping players quiet once they’ve tried out a pair of unreleased football boots, so an official comment from Messi would verify that this is an intentional move from the three stripes.

Speaking via his Facebook page, the Argentine Ace said:

“Wore my new adidas f50’s for the first time against Nigeria tonight. So much technology in a pair of boots, it’s incredible!”

Aside from the verification that we get from Messi’s statement that giving the public a sneak preview of the new adiZero II was intentional, it’s also interesting to note Messi’s focus on the technology offered by adidas’ new football boots. 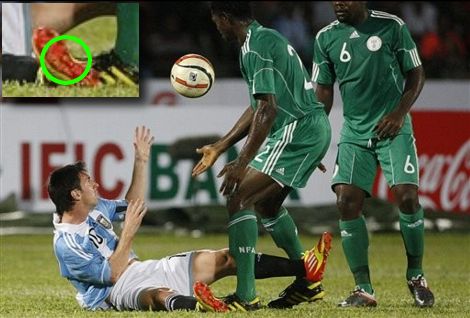 We’ve known from some time that adidas are planning on bringing their ‘MiCoach’ training technology to their football boots range, and it would certainly seem likely that this is what the Barcelona superstar is referring to.

Several photos from the night show a bump on the chassis of the boot that is rumoured to be the housing for the miCoach technology, (which in adidas’ running and fitness range measures stride length, distance covered, top speed and more) definitely something we would love to see in a pair of football boots!

If we had to guess what adidas’ next move is, we imagine that they would somehow work Messi’ performance data from yesterday’s match into an upcoming promotion for the next adiZero, showing off the capabilities of their latest technology!

But as always, we can’t say for sure – what do you guys think?

When will we see adidas’ next football boots?

Written By
Kyle Elliot
More from Kyle Elliot
Warrior have updated their Skreamer football boots for the new season, but...
Read More