After smashing records in his Vivid Yellow adidas F50 adiZero‘s last week, Leo Messi put in another performance worthy of the ‘World’s Best Footballer’ in another adiZero – this time one designed by a fan! 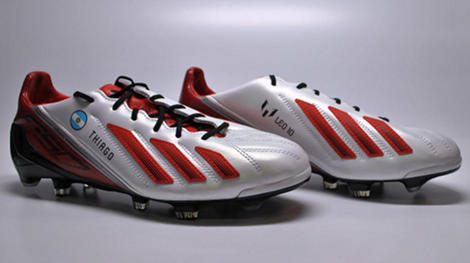 We brought you news of a competition to design Leo Messi’s football boots last month, and Sunday’s top-of-the-table clash between Barcelona and Atletico Madrid finally saw a winner revealed!

Javier Pascual Mullor from Spain was the man with the winning entry from over 14,200 submissions on the adidas Football Facebook page, and he had the pleasure of seeing Leo Messi do his design justice with a brace against Falcao & Co. 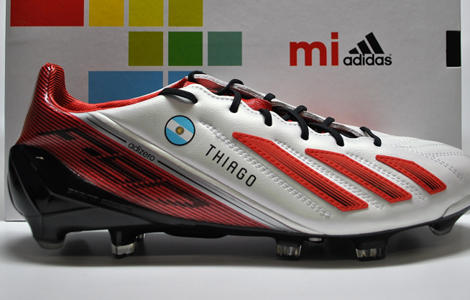 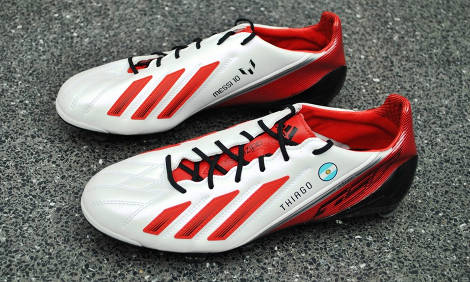 Javier's original design template was taken and adapted to the new f50 boot which launched in November 2012 and the final design was complemented by Leo's usual boot customisations including the Messi Icon logo, Argentinian flag, Leo 10„and acknowledgement to his newborn son Thiago. 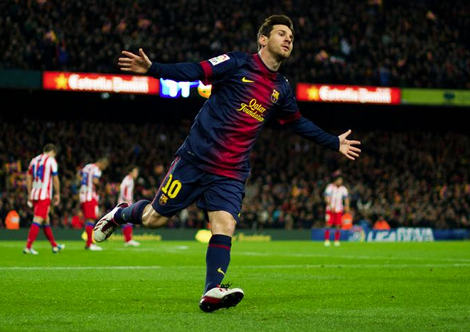 Ĺ›I am happy with the miadidas boots and want to congratulate Javier on designing the winning ones that I will wear Sunday against Atl'tico Madrid. I also want to thank everyone who sent in their designs, they were all really good!ĹĄ, said Messi.

After wearing the all-new adidas F50 adiZero' since November, the miadidas custom design marks the seventh F50 colourway Leo has worn this calendar year, scoring 90 goals (and 22 braces) along the way.

We reckon Javier’s design for Messi is an undoubted winner – here’s hoping adidas have a similar colour in the pipeline!

But what do you think? Let us know in the comments!

Written By
Kyle Elliot
More from Kyle Elliot
Can we get 50,000 people to persuade Mark Lawrenson to grow his...
Read More